The Doctor has a new look as Peter Capaldi’s era officially begins. In a picture released today by the BBC, Capaldi can be seen in the costume that will define his time as the Twelfth Time Lord in one of TV’s biggest roles. 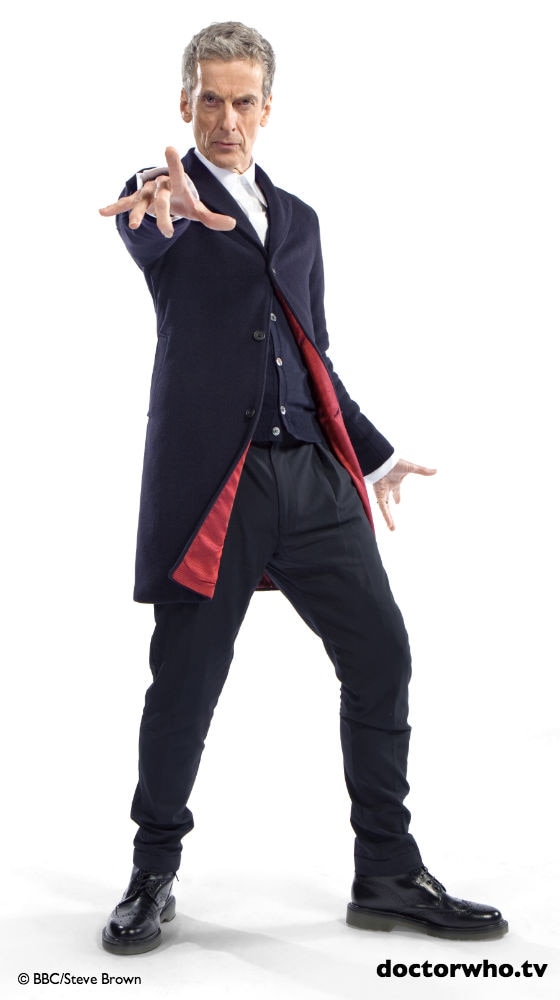 Commenting on his costume, Peter Capaldi said: “He's woven the future from the cloth of the past. Simple, stark, and back to basics. No frills, no scarf, no messing, just 100 per cent rebel Time Lord.”

While lead writer and executive producer Steven Moffat added: “New Doctor, new era, and of course new clothes. Monsters of the universe, the vacation is over - Capaldi is suited and booted and coming to get you!”

Filming for episode one of Series 8 began earlier this month, after 10.2 million tuned-in on Christmas Day to get their first much-anticipated glimpse of Capaldi’s Doctor.

Charlotte Moore, Controller of BBC One, commented: "Peter Capaldi's Doctor is officially recorded in history today with the unveiling of his new costume. It's sharp, smart and stylish - the twelfth Time Lord means business."

Doctor Who is a BBC Cymru Wales production for BBC One.