The Eleventh Doctor visits a recession-hit space paradise, and vortexes in washing machines face the Tenth Doctor, as Titan Comics exclusively reveal the covers and storylines for the second issues of their Doctor Who comic-book ranges.

Released later this summer, and availalble to pre-order now, regular copies of #2 from both ranges feature beautiful covers from fan-favourite Alice X. Zhang.

Doctor Who: The Tenth Doctor #2

In the second issue of The Tenth Doctor range, the graveyard shift at the laundromat turns into quite the adventure for new companion, Gabby Gonzalez:

All Gabriella Gonzalez wanted was to skip her shift at the Laundromat and hang out with her friends. It’s Halloween, and Sunset Park is hosting its first-ever Day of the Dead festival! But her father wouldn’t listen – again – and now Gabby is stuck with a store full of empty washing machines while the rest of the neighbourhood goes wild. 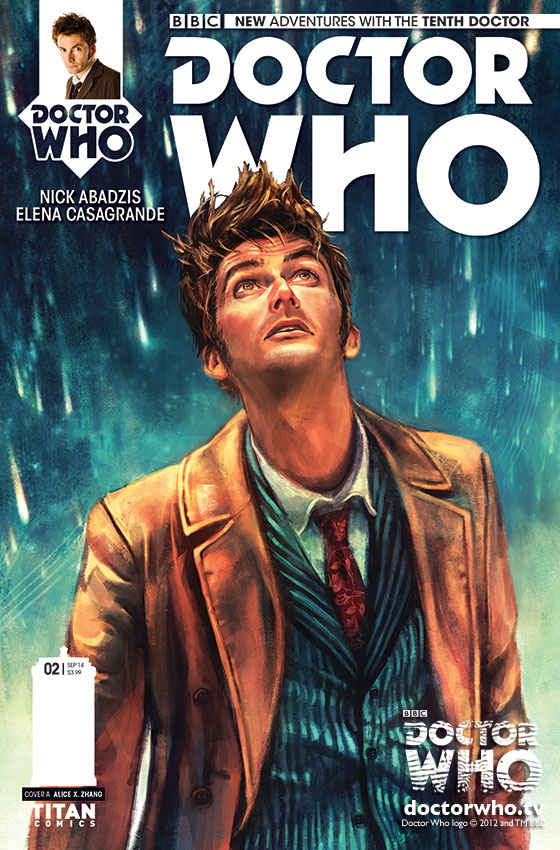 But this graveyard shift is living up to its name! Vortexes explode out of the machines, shadowy creatures stalk on the edge of sight, and Gabby finds herself pursued by unearthly forces. Finally, on the longest night of her life, Gabby is trapped in a powerless subway car – and the only thing standing between her and horrific death-by-monster is some skinny guy in a suit – who’s waving a blue flashlight around! If Gabby survives this – she’s going to kill him! 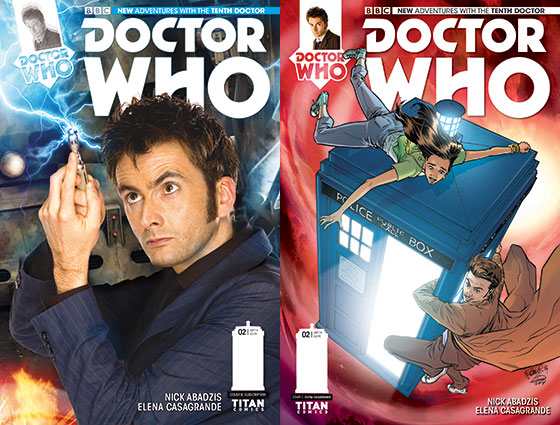 Eisner Award-winning Nick Abadzis and fan-favourite Elena Casagrande ramp up the tension, horror, and joy of discovery – as a new companion meets the Tenth Doctor! Also available with a photo variant cover (left) or exclusive artwork from Elena Casagrande (right).

Doctor Who: The Tenth Doctor #2 hits comic stores and digital platforms on August 27, 2014

Doctor Who: The Eleventh Doctor #2

Terror strikes a recession-hit paradise, as the Eleventh Doctor takes Alice for her first trip into space...

When the Doctor last visited Rokhandi, it was a planet of such stunning natural beauty that an entire solar system had sworn to preserve it. What better place to take new companion Alice Obiefune on her first off-world adventure? 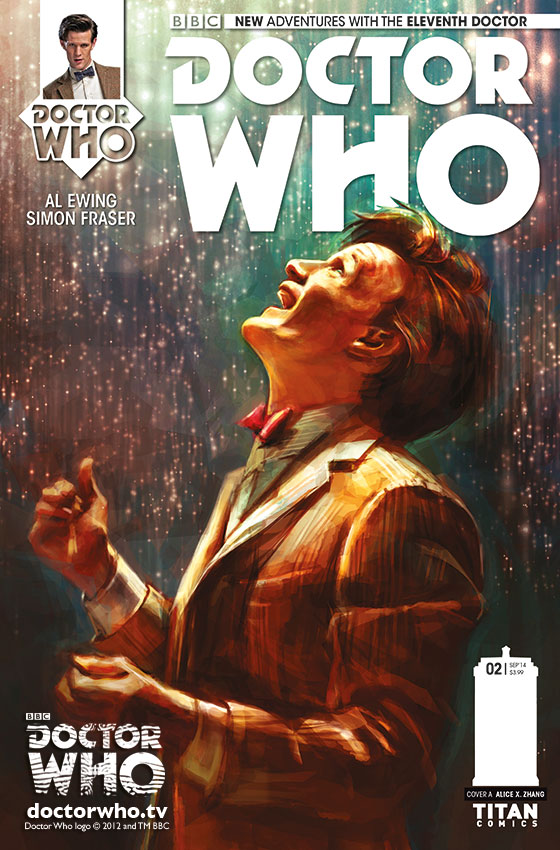 And it would have been a magical vacation… if the TARDIS hadn’t overshot by fifty years. Now the austerity-hit pleasure planet has become a ‘theme safari’ corporate hell, overrun by eerie, giant-headed mascots and a trillion tramping tourist feet! 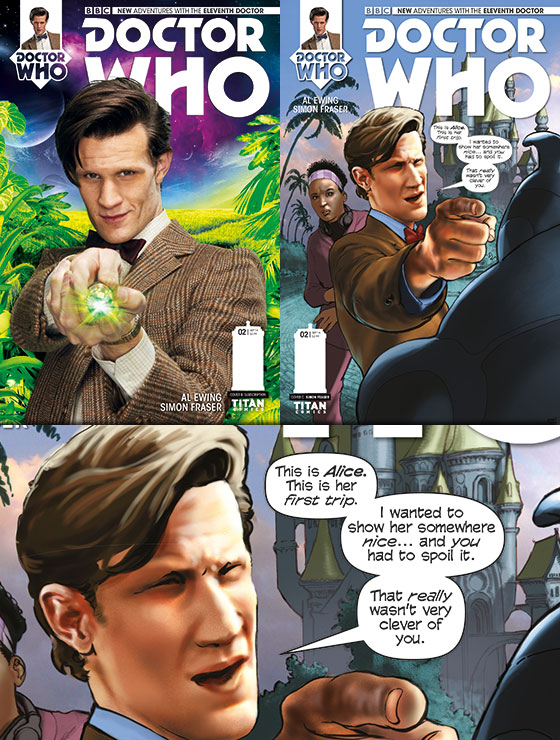 Doctor Who: The Eleventh Doctor #2 hits comic stores and digital platforms on September 10, 2014

For more about the new comic ranges, and how to order them, visit our dedicated Doctor Who Titan Comics page.