Big Finish have a ram-packed month full of Doctor Who audio adventures. Classic Doctors Tom Baker and Sylvester McCoy reprise their roles as the Fourth and Seventh Doctors respectively whilst John Hurt is back as The War Doctor.

There’s also news of a very special limited edition vinyl release of a much-loved Eighth Doctor story. Check out the details and cover art below. 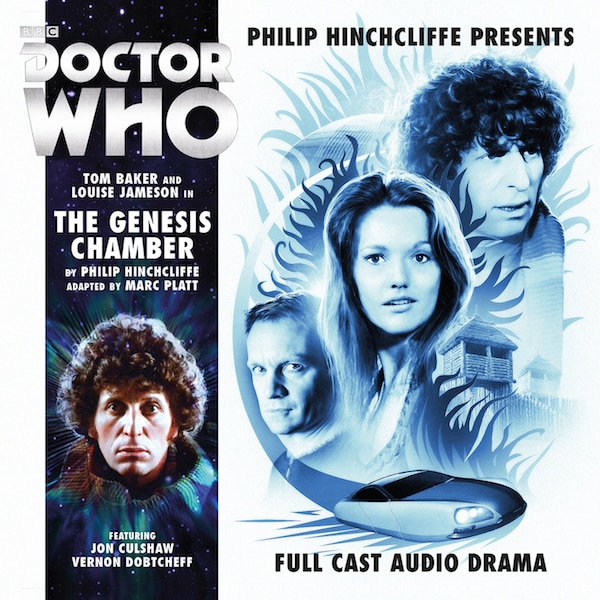 The TARDIS has landed on a human colony world. In the city, where the inhabitants rely on advanced technology to create their children, a marriage is due to take place. But not everyone supports it and a crash might just prevent it for good.

In the commune outside live the savages, shunned and detested by the city folk. But they have recently been visited by a man, charismatic and handsome, who may yet be their saviour - or their doom.

Two different sides, ready for conflict. But neither realises that a third force threatens their very existence... 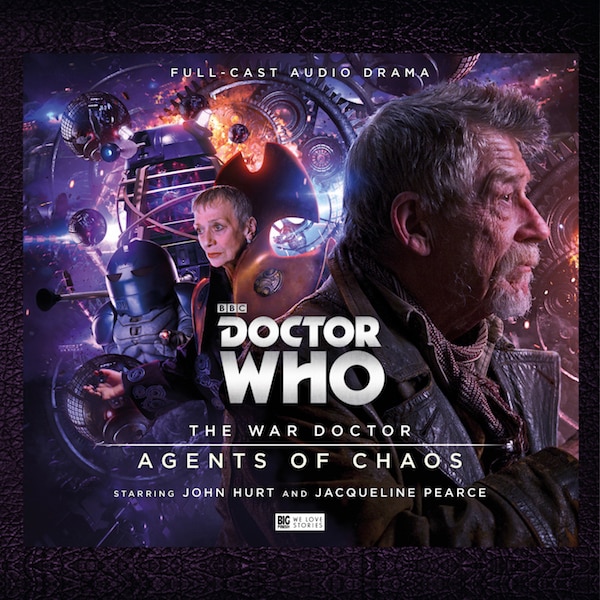 The War Doctor 3 – Agents of Chaos
The Time War between Daleks and Time Lords rages across the history of the cosmos. Nowhere is safe. Worlds are ravaged by battles beyond their understanding, but certain other races hunger to fight in the ultimate conflict.

When Earth comes under threat, the War Doctor is drawn into Ollistra’s schemes once again. But the wily Time Lord Cardinal has not foreseen every move. The Dalek Time Strategist has its own game-pieces in play and when volatile forces with their own agenda join the fray, no-one can predict how the war might turn…

The War Doctor 3 – Agents of Chaos is a 4 CD boxset starring: John Hurt as The War Doctor; Jacqueline Pearce, who starred in 1986’s The Two Doctors; Neve McIntosh, best-known for playing Madame Vastra; Dan Starkey, also known for Sontaran Strax; and the voice of the Daleks himself, Nicholas Briggs. This title goes on general release on Nov 30, 2016. 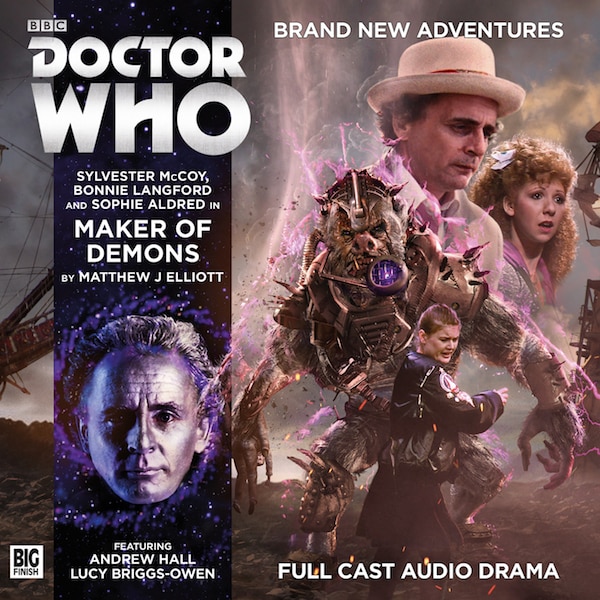 Maker Of Demons
Decades ago, the mysterious time-travelling Doctor and his cheerful companion Mel became the toast of the planet Prosper, when they brokered a peace between the native Mogera and humans from the colony ship The Duke of Milan.

But when the TARDIS at last returns to Prosper, the Doctor, Mel and their associate Ace find only a warzone. The burrowing Mogera have become brutal monsters, dominated by their terrifying leader Caliban – and it's all the Doctor's fault!

Maker Of Demons is a 2 CD set starring: Sylvester McCoy (The Seventh Doctor) with companions Bonnie Langford (Mel) and Sophie Aldred (Ace). This title goes on general release on Oct 31, 2016. 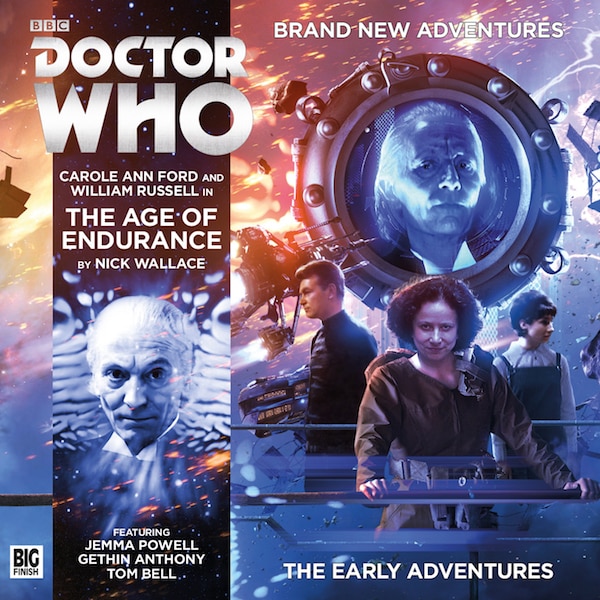 The Early Adventures 3.1: The Age Of Endurance
The TARDIS materialises on board a still and eerie spaceship. When a squad of soldiers land, they realise they've found themselves in the middle of a war zone. With one of their crew trapped by the enemy, the Doctor and his friends find themselves locked in a desperate race for survival. Vast warships manoeuvre around each other as both sides try to out-think their opponents, flying into ever more dangerous areas of space.

The stakes could not be higher. But as ever in war, the lines between good and evil are hard to define. Will anyone survive to claim the moral high ground?

The Early Adventures 3.1: The Age Of Endurance is a 2 CD set starring original companions Carole Ann Ford (Susan) and William Russell (Ian Chesterton) with Jemma Powell (who starred as companion actress Jacqueline Hill in 2013's An Adventure in Space and Time) as Barbara. This title goes on general release on Oct 31, 2016. 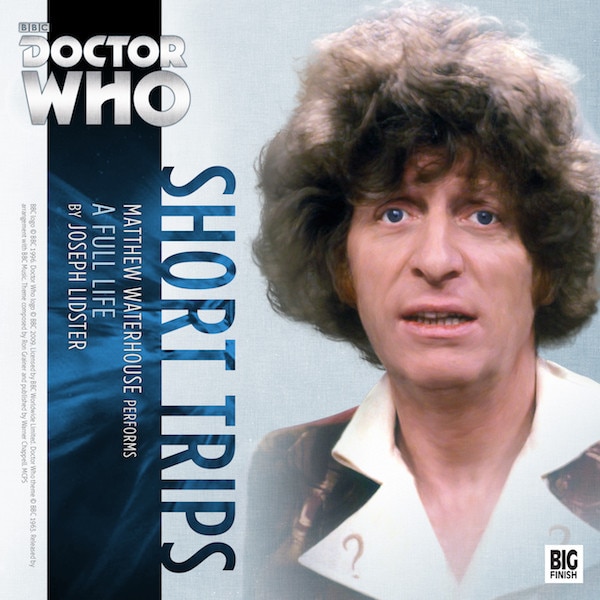 Short Trips – A Full Life
Adric's life is full of death. His parents died when he was a child. His brother died a few months ago. Now, travelling with the Doctor and Romana, everywhere he visits, people die. But now they have arrived on Veridis. And on Veridis, the dead come back...

Short Trips – A Full Life is narrated by Matthew Waterhouse, who played tragic companion, Adric. This title will only be published as a digital download, available exclusively on the Big Finish website. 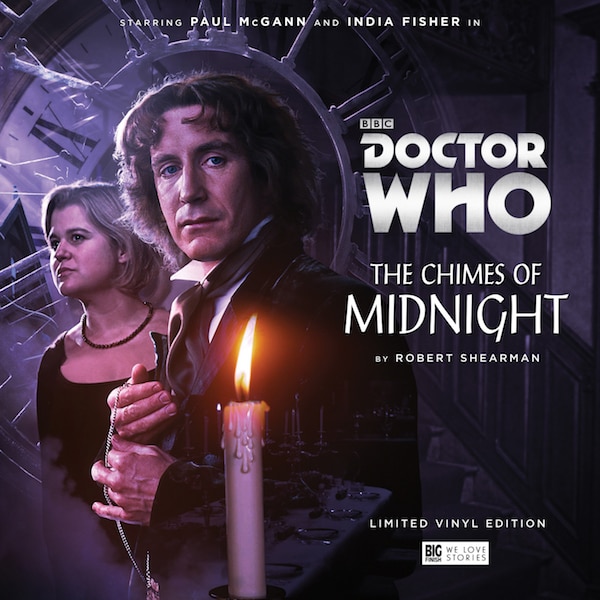 The Chimes Of Midnight (Limited Edition Vinyl)
'Twas the night before Christmas, and all through the house not a creature was stirring...

But something must be stirring. Something hidden in the shadows. Something which kills the servants of an old Edwardian mansion in the most brutal and macabre manner possible. Exactly on the chiming of the hour, every hour, as the grandfather clock ticks on towards midnight.

Trapped and afraid, the Doctor and Charley are forced to play detective to murders with no motive, where even the victims don't stay dead. Time is running out.

The Chimes Of Midnight will be available as a 4 LP set and limited to STRICTLY 500 copies. It stars Paul McGann as The Eighth Doctor and India Fisher as companion Charley Pollard, and was penned by Robert Shearman (writer of the 2005 ep, Dalek).