Next week sees the first of a new series from Titan Comics featuring The Third Doctor, as played on television by Jon Pertwee.

The new story finds the Time Lord with companion Jo Grant, Brigadier Lethbridge-Stewart and UNIT and comes from the pen of writer Paul Cornell, the man behind episodes, Father’s Day and Human Nature / The Family Of Blood.

Below we have a very special treat for you, courtesy of our friends at Titan - a sneak peak into the issue itself. Check out the wonderful artwork by Christopher Jones and synopsis below.

Paul Cornell returns to Doctor Who comics with THE HERALDS OF DESTRUCTION! 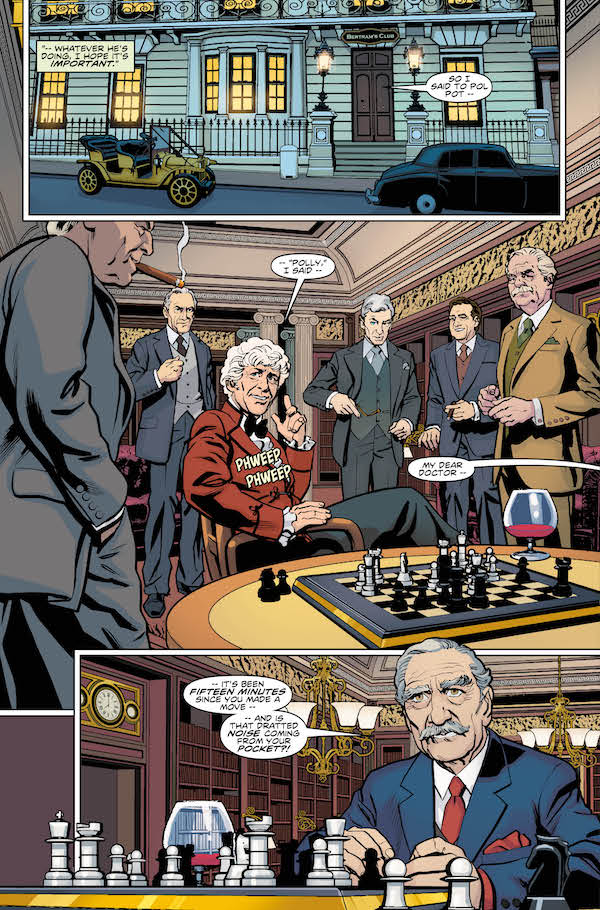 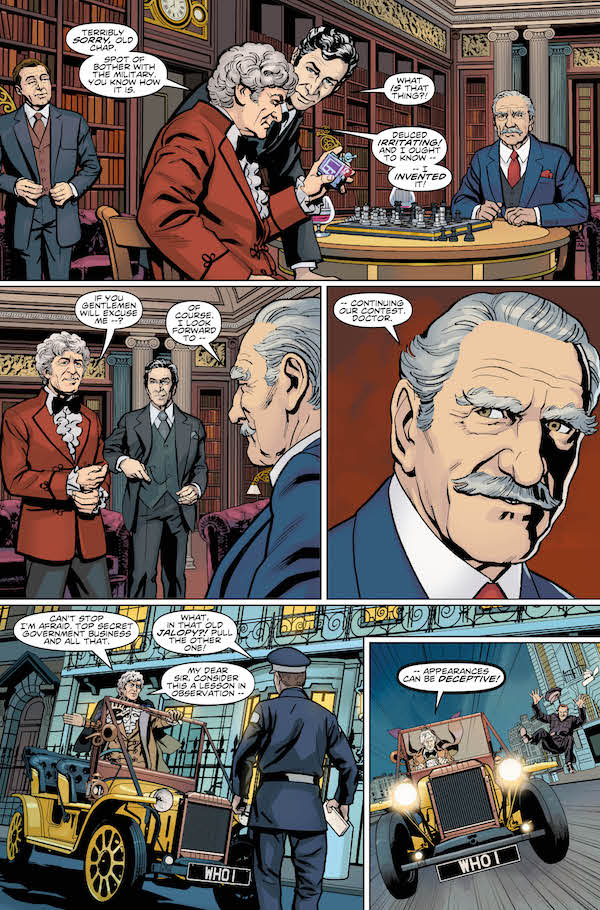 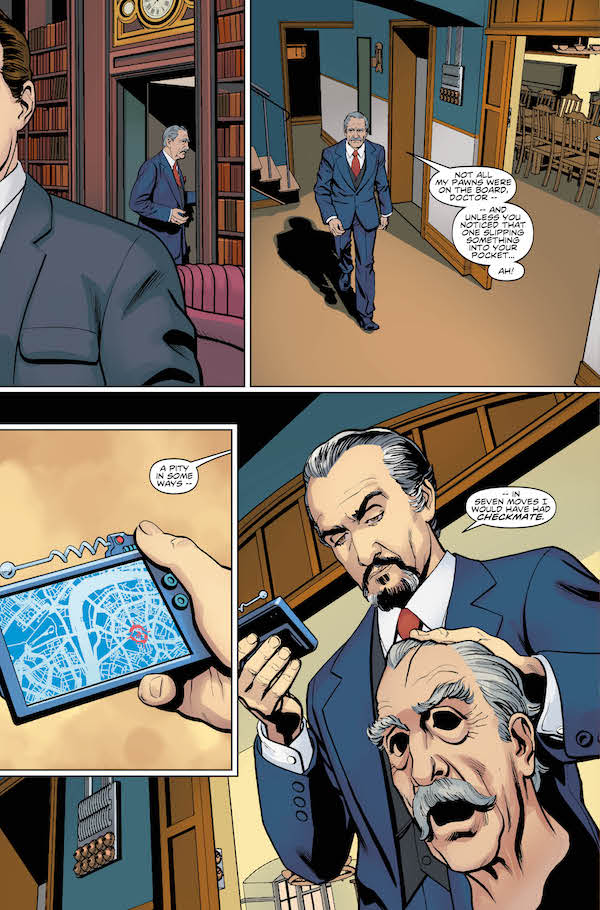 When something enormous crashes into Bedfordshire, the Doctor, Jo Grant, and the forces of UNIT under Brigadier Lethbridge-Stewart mobilise immediately – and find themselves in the middle of a pitched battle against a terrifying invader...

But the shocking face that awaits their return to base may tip the whole world off its axis!

It's classic Third Doctor action as you've never seen it before!

The Third Doctor #1 is on sale from September 14, 2016. Pre-order the digital copy from Comixology here.