As we revealed back in May, there's a DALEKtable new publication on its way - The Official Doctor Who Cook Book. It's packed full of timey-wimey and tastey-wastey recipes - and we have an EXCLUSIVE one for you right now!

Included below you can find the recipe for ZYGON PIE!

As we know, the Zygons are already here. Anyone could be a Zygon as they can disguise themselves to blend into human society. Though they probably wouldn’t disguise themselves as a tasty pie! This is a delicious sausage and vegetable pie wrapped in a puff pastry case, though the decoration of the pie resembles the reddish, reptilian, suckered skin of the Zygon monster. All you need to accompany it is a leafy salad.

Here's one we made earlier... 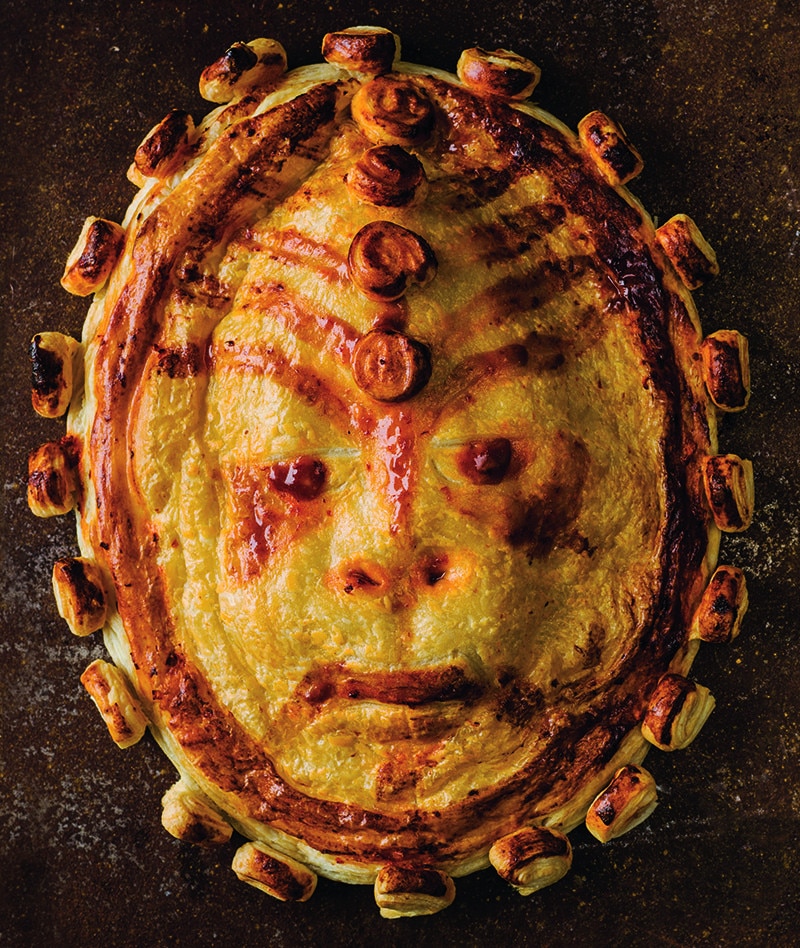 1
Preheat the oven to 190°C/375°F/gas 5. Grease a large baking sheet. Scatter the sweet potato cubes in a roasting tin with the onion. Drizzle with the oil and roast for 45 minutes until the potatoes are tender, turning the ingredients once during cooking. Add the garlic and roast for a further 5 minutes. Leave to cool.

2
Put the sausage meat into a bowl with the oregano, two teaspoons of the tomato paste and plenty of freshly ground black pepper. Mix well.

Reserve the trimmings. Cut out a slightly larger oval shape from the other rectangle. This should measure about 33 x 28cm (13 x 11in). Brush the edges of the pastry oval on the baking sheet with water. Arrange the sweet potato mixture over the pastry, leaving a 2cm (¾in) rim of pastry around the edges. Distribute the sausage meat mixture on top, doming it up slightly in the centre. Position the second pastry oval on top, pressing it down firmly around the edges and trimming off any excess pastry.

4
In a small bowl, mix together the remaining tomato paste, the egg yolk and 1 teaspoon water. Brush sparingly over the surface of the pie. Use the tip of a knife to mark a shallow line right down the centre, without cutting right through to the filling. Roll out the pastry trimmings and cut out twenty-four 7.5 x 1cm (3 x ½in) strips. Brush lightly with the egg mixture. Fold each strip into three layers. Press twenty of these around the edges of the pie, spacing slightly apart and pushing firmly in place to secure. Position the remaining four over the top half of the marked line down the pie centre.

5
Using the tip of the knife, cut the outline of the slitty eyes, nostrils and mouth onto the pastry. Cut further lines either side of the central decorations over the skull area of the pastry.

6
Bake for 30 minutes. Brush the pie with more of the egg mixture over the ‘dark’ areas of the Zygon face. These include the eyes, nostrils and mouth, around the tubes and over the skull area of the face. Return to the oven for a further 30 minutes until deep golden, covering with foil if the pastry over browns. Leave to stand for 10 minutes before serving. 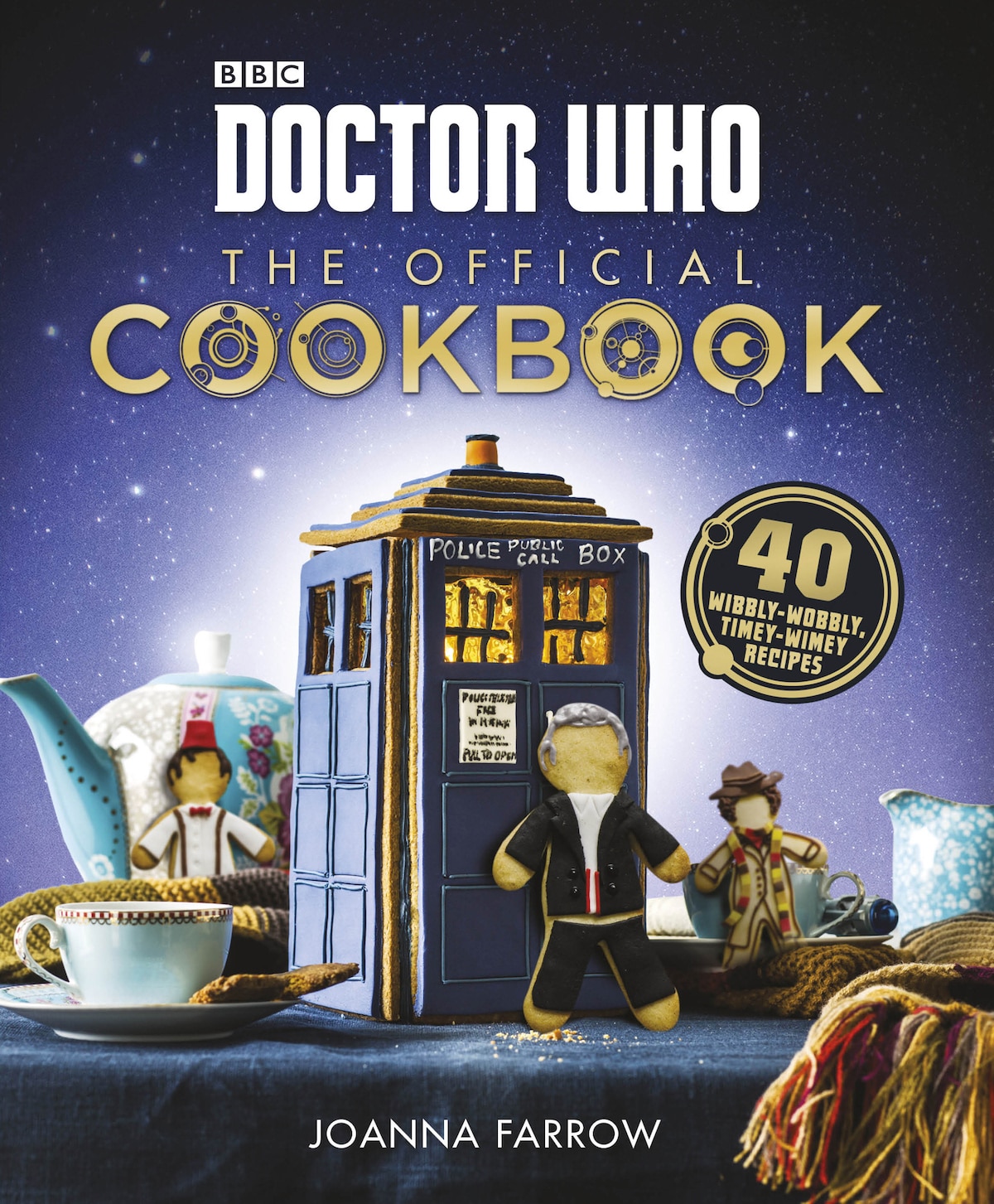 The Official Doctor Who Cook Book is available from August 11, 2016 - buy here