Doctor Who fans in the U.S. are being treated to cinema screenings of the classic 20th anniversary special, The Five Doctors, which will receive the ‘RiffTrax’ treatment – full details

But many Whovians may not have seen this 90-minute adventure which featured five Doctors (well, almost) and multiple companions face-off against a number of familiar villains and monsters.

Here’s everything you need to know about The Five Doctors… 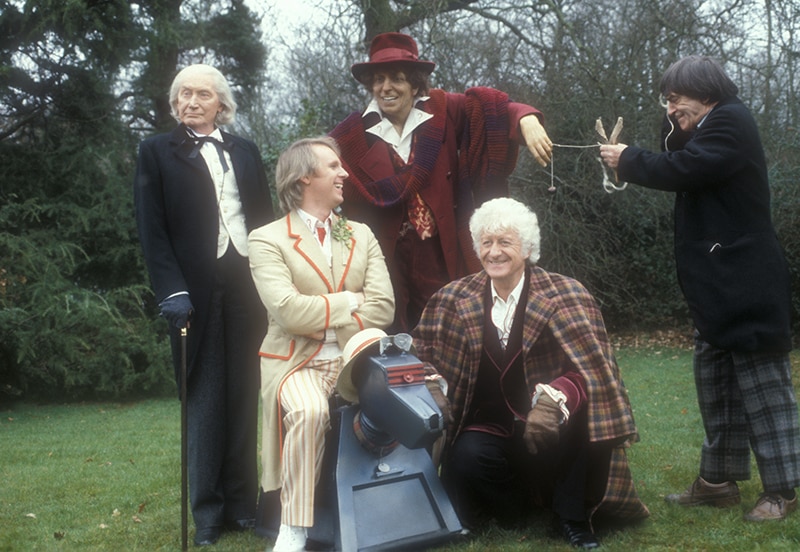 The Five Doctors took the mantle of anniversary special properly and first aired on the show’s 20th birthday in 1983. But…

In an extraordinary move, US fans were lucky enough to watch The Five Doctors before UK fans – a first (but not the last) for the show.

American Whovians actually watched the special on the 20th anniversary itself, Nov 23, on PBS, whilst British audiences were treated to it two days later it as part of the charity telethon, Children in Need, on BBC One (the first of many links with the charity over the years). 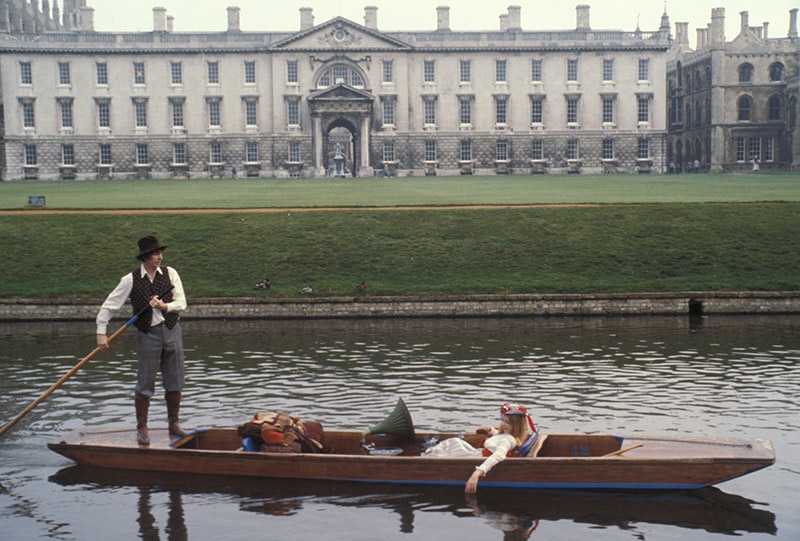 It’s billed as the ‘Five’ Doctors but it’s not quite. Fourth Doctor actor Tom Baker (who had left the role just two years previous) declined to appear and so footage from an unfinished story, titled Shada, was used (pictured above).

Written by Douglas Adams (who was Doctor Who’s script editor at the time and also famous for his Hitchhikers’ Guide To The Galaxy series), the story was hit by industrial strike action which meant that filming on the six-part adventure was never completed. Shada would have been the finale for Season 17 (to be broadcast in 1980). 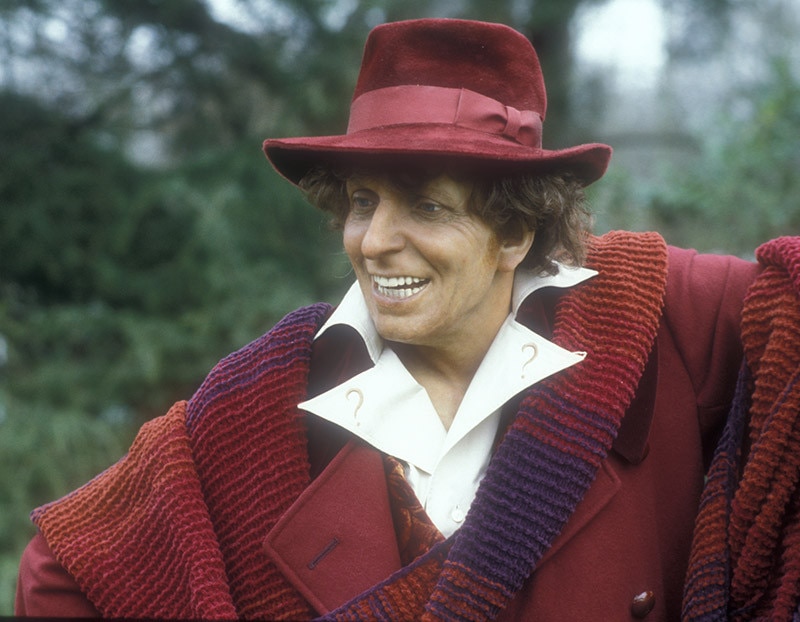 In the press call for The Five Doctors, a stand-in for the Fourth Doctor was used – a life-size waxwork from London’s Madame Tussauds (pictured above).

As First Doctor actor William Hartnell had died eight years previous, the decision was taken to recast the role. Richard Hurndall (pictured below) stepped into the shoes and does an admirable job (sadly, he died just months after The Five Doctors was broadcast).

Hartnell appears in the pre-titles sequence, footage from 1964’s The Dalek Invasion Of Earth. 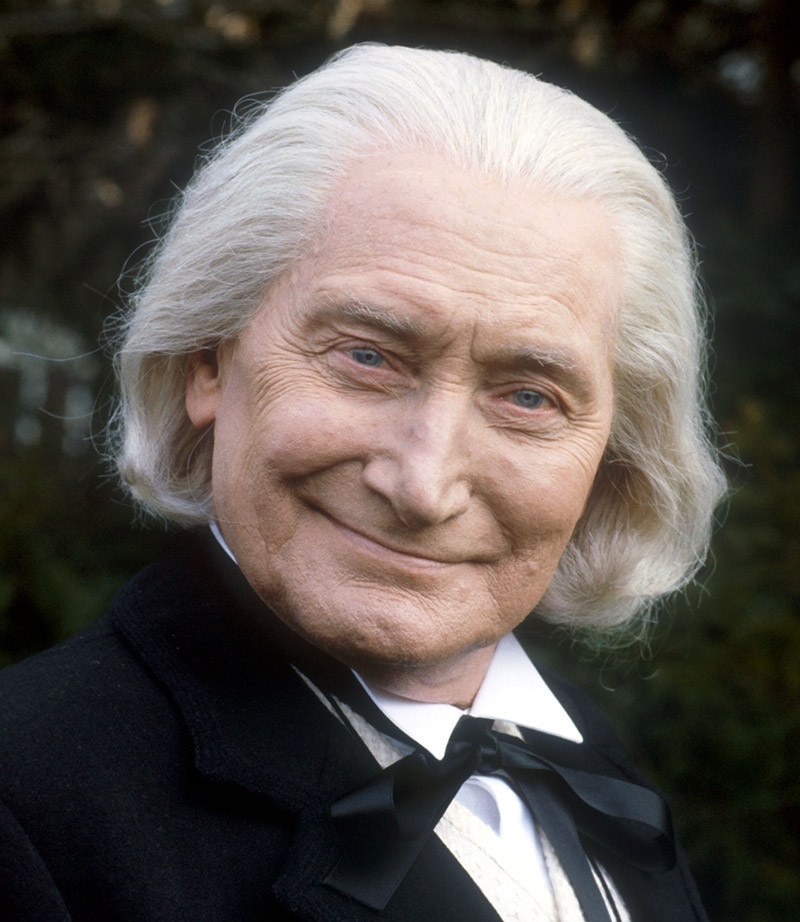 Well, actually, just one Dalek. Skaro’s finest were taking a break from the show at the time, having not been seen since 1979’s Destiny of the Daleks (they would appear again in 1984’s Resurrection of the Daleks).

More from the Cybermen later. 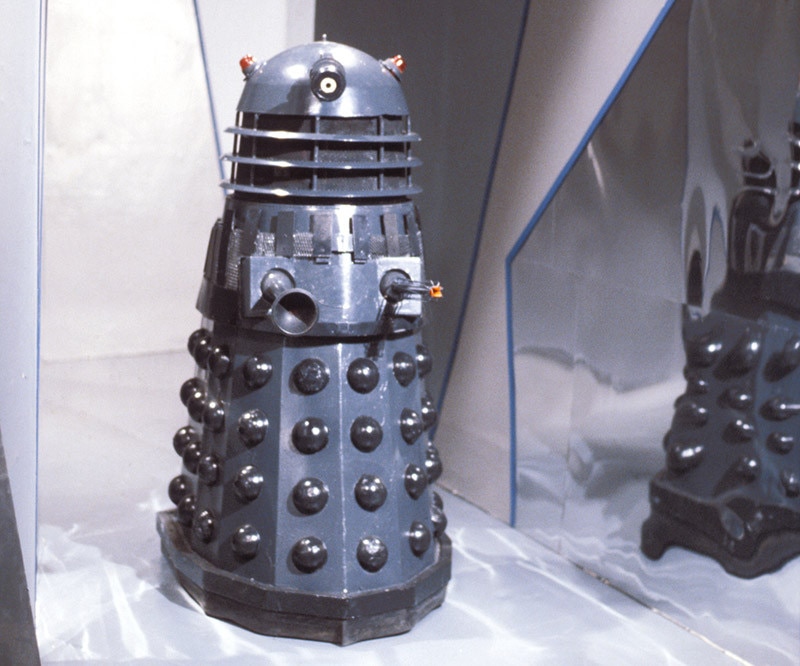 It’s a rare thing when past and present companions meet. Of course, there are many episodes when an outgoing companion meets the new one before leaving the TARDIS but a proper multi-companion story has only been attempted on a few occasions. And this was the first!

Tegan and Turlough, the Fifth Doctor’s companions, shared the adventure with Susan, the Brigadier, Sarah Jane Smith (with a brief K-9 cameo). Liz Shaw, Mike Yates, Jamie McCrimmon and Zoe Heriot made appearances, though these were merely illusions, phantoms of the past. 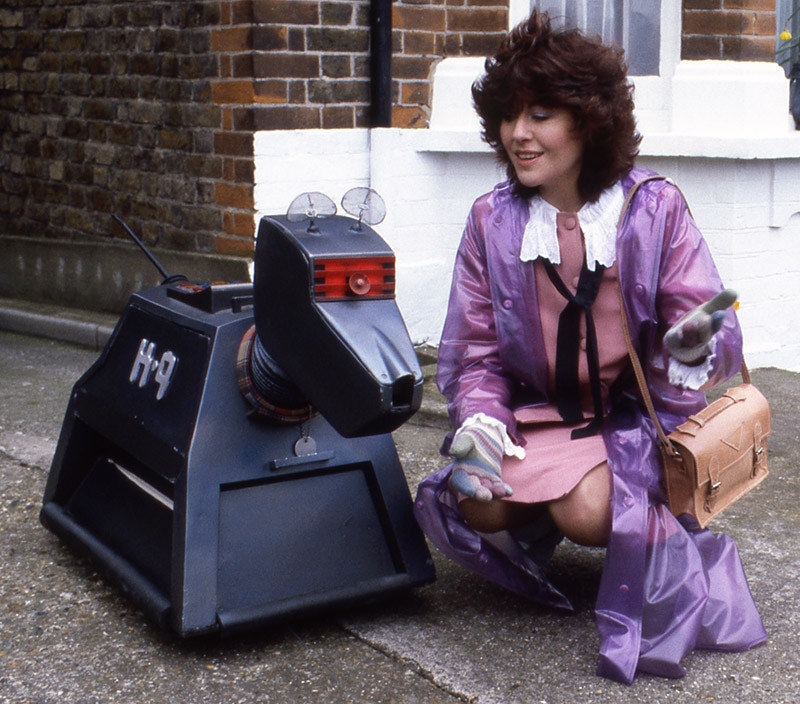 Well, it was the twentieth anniversary! What better gift can you give, other than a multi-Doctor adventure, than that of a new TARDIS interior?

Just look how shiny it is! 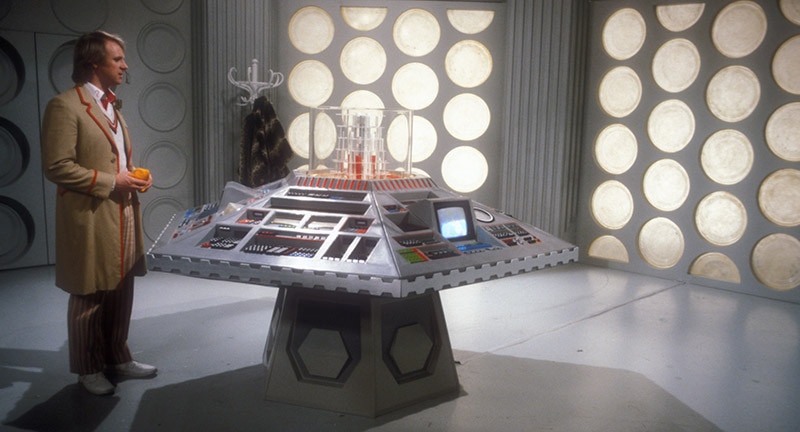 The Raston Warrior Robot is the GREATEST THING EVER!!!

Look at this guy – the most perfect killing machine ever devised.

The Third Doctor and Sarah Jane come face-to-face with the Raston Warrior Robot who has built-in armaments and sensors that detect ANY movement. Oh, and they move like lightning. This particular model made short shrift of a Cybermen platoon in the most glorious style. 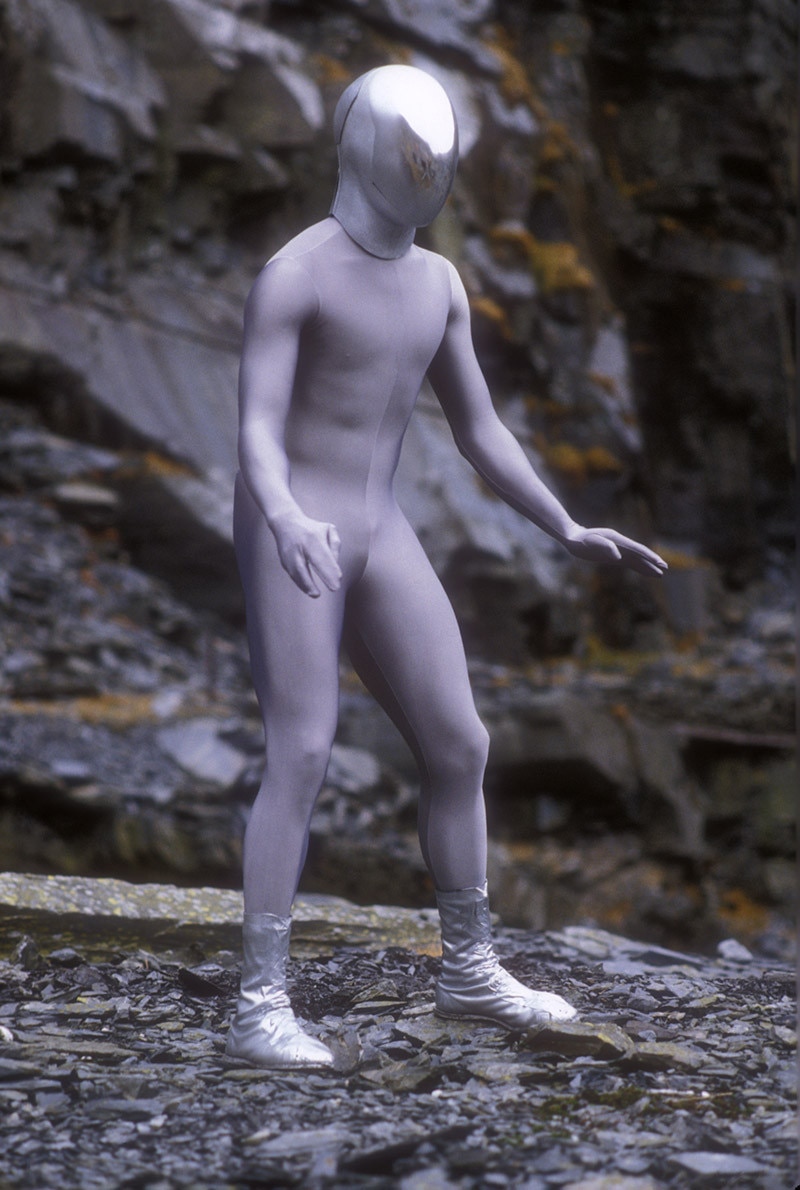 Speaking of the Cybermen, this is the first team they meet Gallifrey’s bad boy, The Master. The two sides were equally suspicious of the other, and equally eager to despatch the other once their alliance had served its purpose.

In later years, Missy created her own Cyber-army in the Series 8 finale and then, in the Series 10 finale, The Master (played by John Simm) was instrumental in the Cyber-conversion of Twelfth Doctor companion Bill Potts. 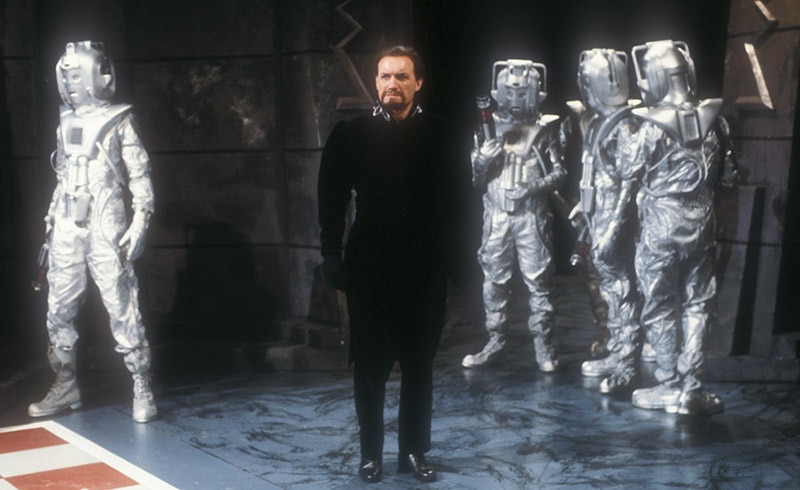 For fans who own the Special Edition DVD release of The Five Doctors, there’s a very special Easter Egg hidden away. Have a look and you’ll find a complete audio commentary for the episode from Tenth Doctor actor David Tennant, along with writer Helen Raynor and producer Phil Collinson. It’s an absolute must listen! 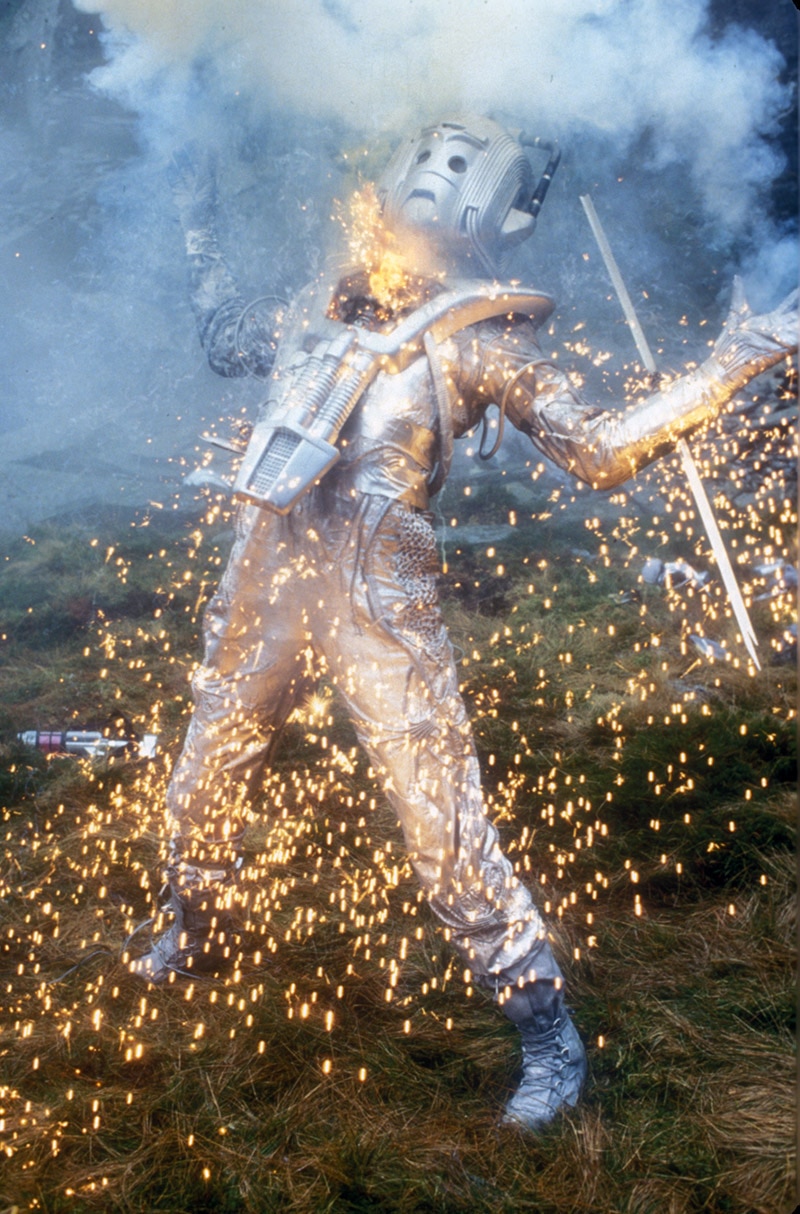