Jodie’s introduction to the Doctor Who panel included a specially filmed clip of her journey from the Doctor Who studios in Cardiff all the way to Comic-Con. In the clip, Jodie runs to the TARDIS after realising she is late, only to discover a sign across the front reading ‘Not for personal use’. What ever will she do?! Settling for the boring human option of a taxi and a plane, she arrives in San Diego and asks a Thirteenth Doctor cosplayer for directions to Hall H; the Doctor has arrived.

To welcome Jodie to her very first San Diego Comic-Con, a special video featuring fans from all over the world was played for her. This included reactions to her reveal clip from last year as well as messages from many people excited to see the Thirteenth Doctor in action. Fans and cosplayers sent their love and best wishes to Jodie in this video made by BBC America:

Being cast in Doctor Who

During the panel, Chris Chibnall revealed how the new team was cast: “They all came in and auditioned and they were all amazing”. On casting Jodie as the Thirteenth Doctor, he explained that she “just walked into the room and she was the Doctor”.

When asked how she kept her casting a secret, Jodie added “I just had to kind of make out that I had a lot of social events for a long time!”. She also revealed that she “really wanted the part”, so she made her own props for the audition including a shoebox full of wires that acted as a bomb to defuse.On the casting of new friends Yasmin Khan (Mandip Gill) and Ryan Sinclair (Tosin Cole), Chris said that both are “incredibly funny, smart and have range” and that after their auditions, Jodie immediately said, “it’s those two!”.

Bradley Walsh gatecrashes the panel from the Doctor Who set

Unable to make it to Comic-Con, Bradley Walsh gatecrashed the panel with a special video from the set of Doctor Who. He will be playing one of the the Doctor’s new friends Graham O’Brien. In the video, he appears outside Jodie’s trailer and as he giggles “When the Doctor’s away, companions will PLAY!”, he slips into her coat whilst singing the Doctor Who theme.

Tosin didn’t reveal much about his character Ryan Sinclair, but we did find out that he spent a whopping seven hours filming his 15 second section of the teaser trailer, where he sits in a cafe eating eggs, beans and toast, despite not liking eggs!

As well as this, the rest of the cast revealed that he’s been behind on some things and didn’t even know Jodie was the Doctor during his audition! On keeping his casting a secret, he explained that he told everyone, despite being sworn to secrecy! Tut, tut, Tosin.

In her first interview since being cast in the show, Mandip gave some hints and teased upcoming stories. Describing her character, Mandip said “Yaz is a 19-year-old from Sheffield that meets the Doctor and is in awe of her”. She goes on to reveal that the team become her family and that the dynamic between the three friends is “beautiful”.

A brand new Doctor Who trailer made its debut during the panel, featuring the very first clips from Series 11. “All of this is new to me”, the Doctor says in the voiceover. “New faces, new worlds, new times. So, if I asked really, really nicely… would you be my new best friends?”.

After a glimpse of it in the trailer, the Sonic Screwdriver was revealed by Jodie Whittaker in Hall H to an excited audience for the very first time. Holding it up to the crowd, she gave it a whizz and showed its different features. Showrunner Chris Chibnall teased “There is a very specific way the Doctor comes by this Sonic Screwdriver”. 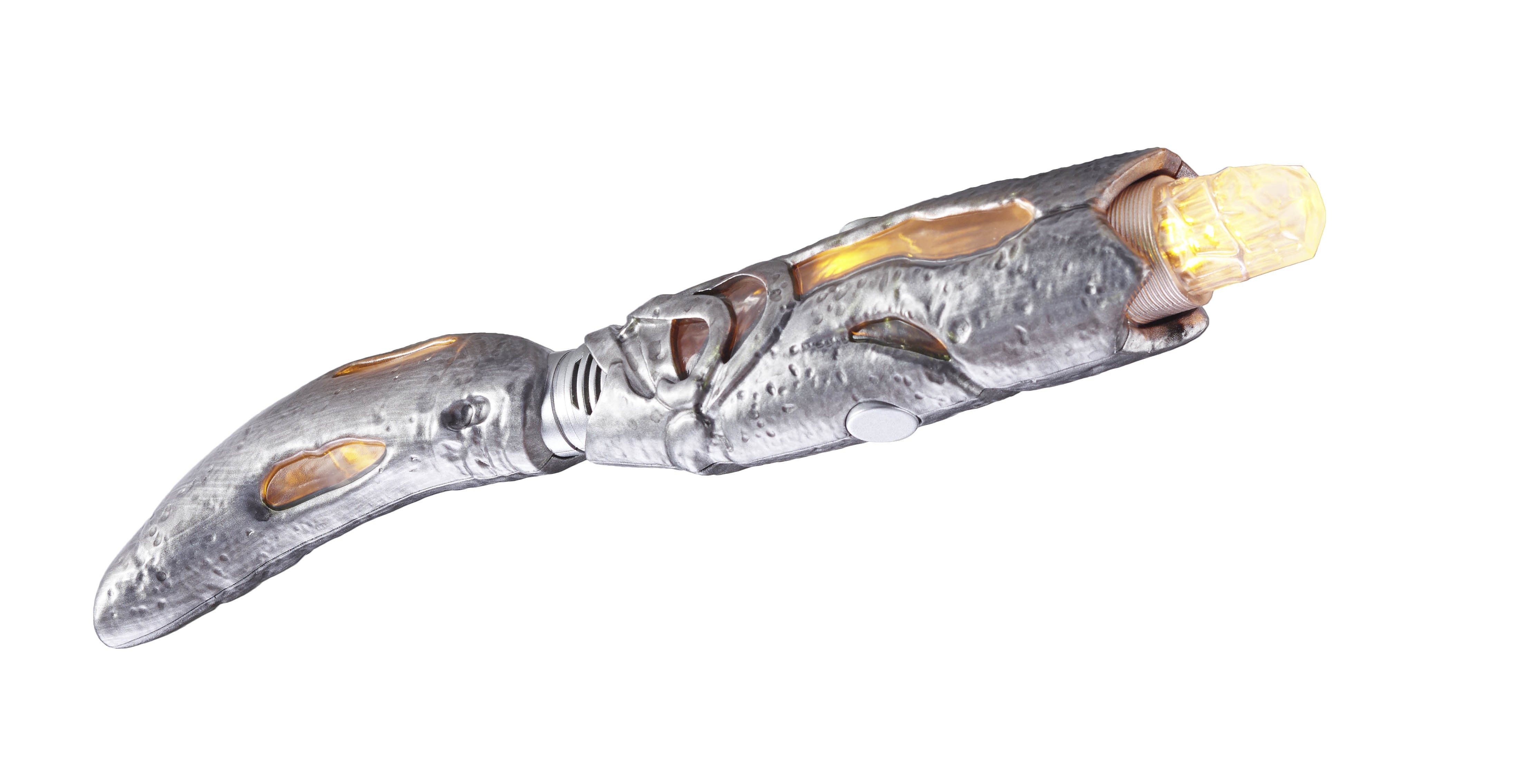 The cast on the Thirteenth Doctor’s personality

When the panel were asked if they could reveal anything about the Thirteenth Doctor’s personality, Jodie Whittaker replied “I feel like this Doctor requires a lot of energy, a lot of childish wonder”. “Stern when you need to be”, added Tosin, “bubbly, energetic, angry, playful… she’s a very playful Doctor”. Executive Producer Matt Strevens concluded: “The Doctor is in love with life, keeps pushing for life and loves new experiences. It’s a joyous performance!”.

Chris Chibnall was asked if fans were going to see anything returning from previous Doctor Who stories. “It’s a lot of new stuff this year”, he revealed, “We’ve got ten standalone stories, lots of new villains, lots of new monsters, lots of new characters for you to fall in love with… This year is the perfect jumping on point for that person in your life who has never watched Doctor Who, I want you to go out there and recruit that person and sit them down for Jodie’s first episode, so you can go, ‘SEE! There is no barrier to entry this year’”.

Three words that sum up the Doctor

If our new TARDIS team and showrunners could sum up the Thirteenth Doctor in three words, what would they be? Well, one lucky fan got to ask them, and here’s what they said: