Next month sees the release of the next four titles in the Dr. Men book range, celebrating two of the world’s most iconic franchises, Doctor Who and Mr. Men.

Fans in the US, can pre-order and purchase

There are a host of familiar Doctor Who monsters, villains and friends joining the various Doctors as you can see in the above picture. Let’s take a look (from left to right), who’s who in the world of Dr. Men 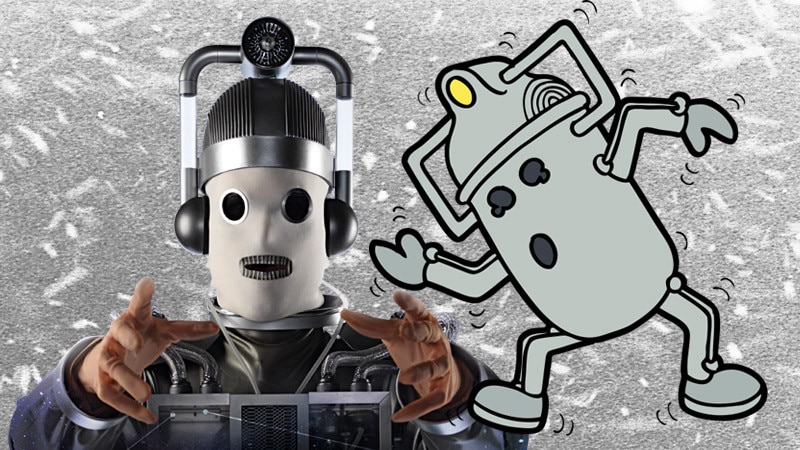 The Cybermen, who just recently appeared on television with the Twelfth Doctor and Missy in the epic Series 10 finale, World Enough And Time / The Doctor Falls, first appeared over fifty years ago! Hailing from Mondas, the Cybermen tried to invade Earth but, thankfully, the First Doctor was on hand to help out in the 1966 classic, The Tenth Planet. Over the years, the Cybermen battled the Time Lord time and again – and almost every time with a shiny new upgrade. Read more here. 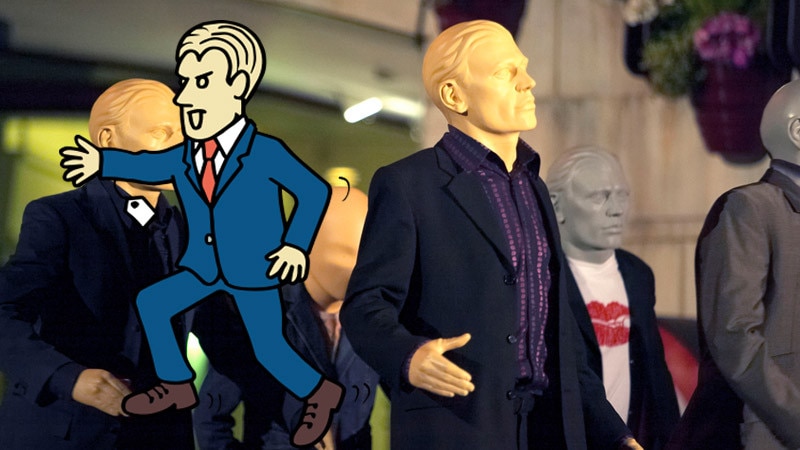 When Doctor Who returned in 2005, showrunner Russell T Davies introduced a whole new generation to the Autons! The opening episode Rose scared young and old alike with shop dummies coming to life due the Nestene Consciousness desire to take over the Earth. We first met the Autons in the Third Doctor era and, coincidentally, in two season openers, both featuring Jon Pertwee (in his very first story, Spearhead From Space) and one featuring The Master in his debut, Terror of the Autons. Read more here.

Spearhead From Space
Rose
The Pandorica Opens / The Big Bang 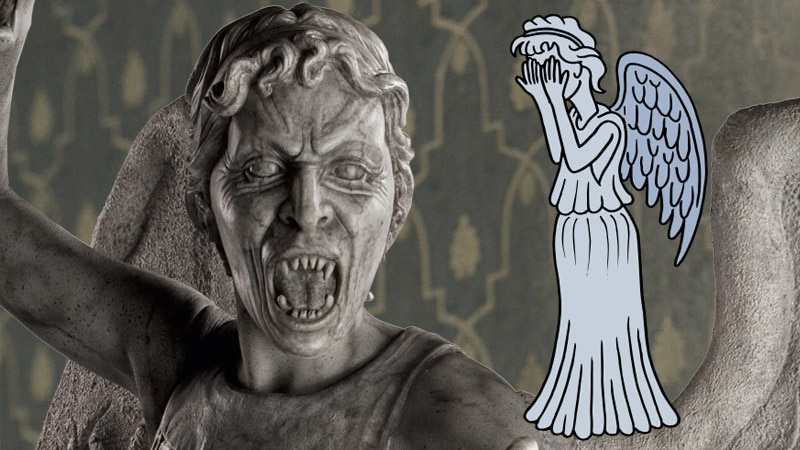 Current showrunner Steven Moffat is the man behind perhaps Doctor Who’s scariest monsters EVER – the Weeping Angels. 2007’s Blink saw the statues zapping people back in time right, left and centre. They were an instant hit and have returned numerous times, with devastating effect – as poor Amy and Rory discovered in their final adventure together, The Angels Take Manhattan. Read more here. 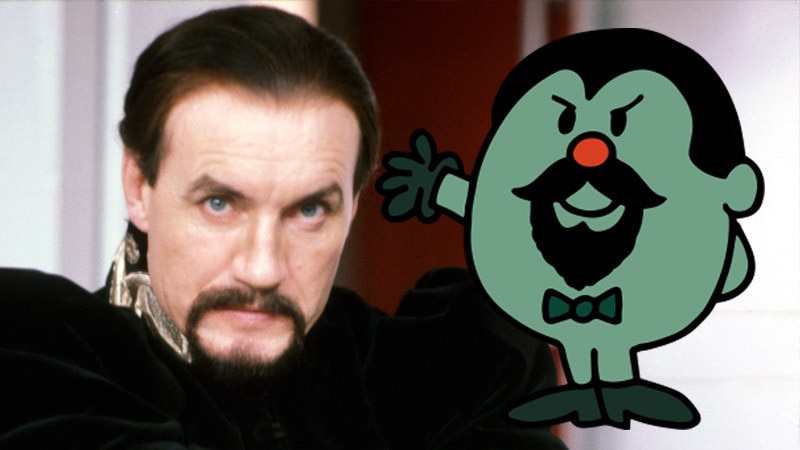 The renegade Time Lord, once a friend of the Doctor, has made many memorable appearances over the decades in the show. And, like the Doctor, the Master can also regenerate, and has been played by a number of actors since his 1971 debut; including John Simm (who first appeared alongside the Tenth Doctor) and most recently Michelle Gomez (who called herself Missy). Ever the trouble-maker, the Master has often teamed up with the Cybermen and even the Daleks! Read more here. 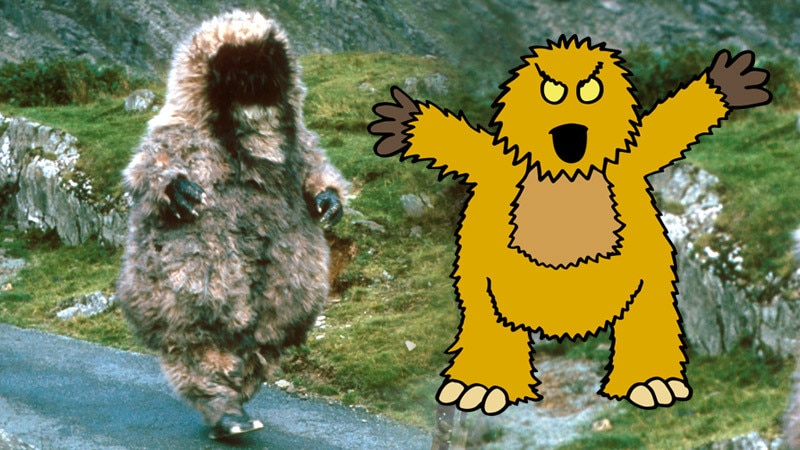 This hairy beast is not as cute as it might appear! In actual fact, however, in Doctor Who the Yeti were robots created by The Great Intelligence in the Second Doctor era (The Great Intelligence would go on to return and face the Eleventh Doctor and Clara in Series Seven). Appearing in 1930s Tibet and then in the Underground in Sixties London, the Yeti are a fearsome foe whose war cry sounds not unlike a very slow toilet flush. A Yeti also made a brief cameo in 20th Anniversary Special, The Five Doctors, but it’s unclear if this was real or robot… Read more here.

The Abominable Snowmen
The Web of Fear 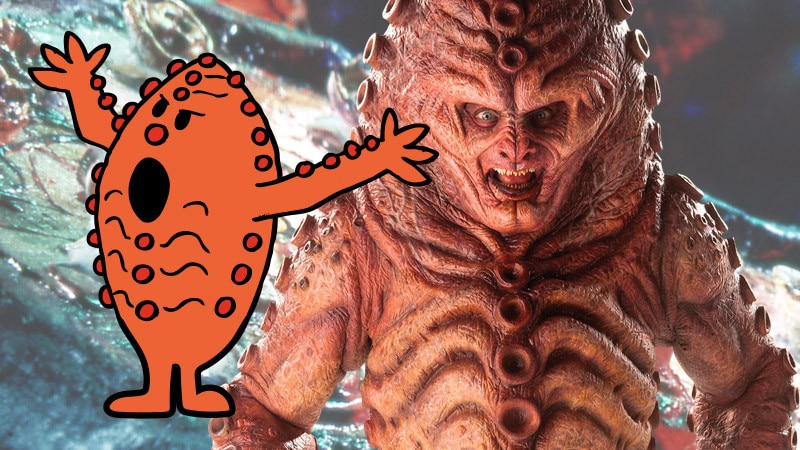 These suckery aliens were favoured heavily by Tenth Doctor actor David Tennant. So much so that writer Steven Moffat had the Scotsman face them in the 50th Anniversary Special, The Day of the Doctor. The shape-shifting villains only made one appearance in the ‘classic’ era (the Fourth Doctor story, Terror of the Zygons) and tried memorably to invade once more until the Twelfth Doctor stopped them in 2015’s The Zygon Invasion / The Zygon Inversion. Read more here. 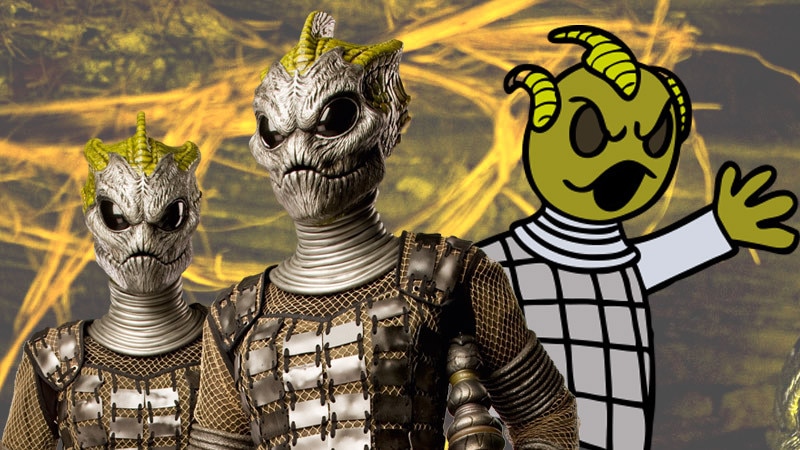 Classic creatures the Silurians were here long before the human race and didn’t look too kindly upon our kind. The Third Doctor sympathised with their cause when we first met them in 1970. In the Eighties, they teamed up with the Sea Devils for the Fifth Doctor tale, Warriors From the Deep. In recent times, the Eleventh Doctor befriended Silurian Madame Vastra who described herself as a “lizard from the dawn of time”! She, with her wife Jenny and the Sontaran Strax shared numerous adventures with that particular regeneration and one with his successor, the Twelfth Doctor. Read more here. 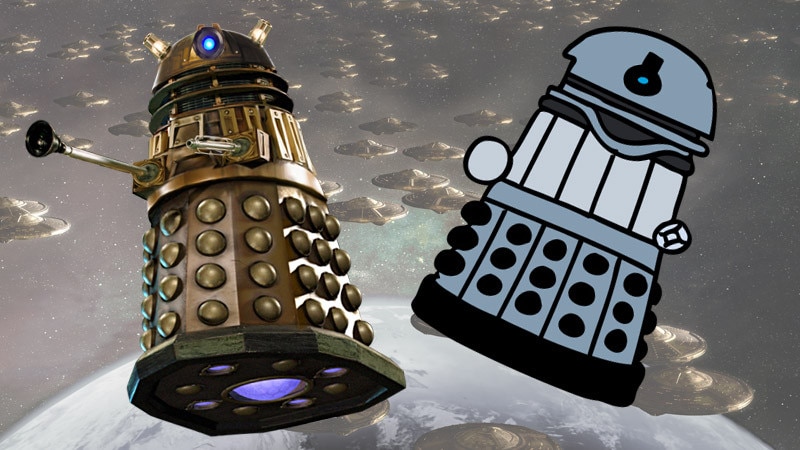 What can we say about the Daleks that hasn’t already been said many, many times before?! These intergalactic pepperpots have been exterminating the galaxy since 1963, enjoying television adventures with every incarnation of the Doctor so far. The Daleks, created by a scientist called Davros, are from the planet Skaro and embarked on a long battle with the Time Lords known as The Time War. Read more here. 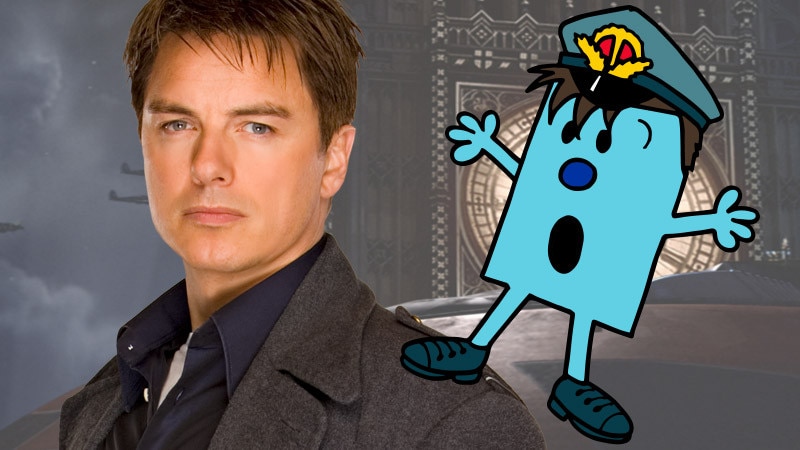 In 2005, Team TARDIS (then consisting of the Ninth Doctor and Rose Tyler) was bolstered by the inclusion of Time Agent, Captain Jack Harkness. Played by John Barrowman, the character was an instant hit and lost his life when blasted by a Dalek in the Series One finale. Thankfully, for us and him, Jack returned to help out the Doctor once more in the Series Three finale (against the Master), the Series Four finale (against Davros and the Daleks) and for a brief moment in the Tenth Doctor swan song, The End of Time. Read more here.

Fans in the US can pre-order or purchase the Dr. Men books here