Fans can now enjoy the latest run of episodes with their favourite Time Lord, Bill Potts and Nardole in Doctor Who: The Complete Series 10, available on DVD and Blu-ray and limited edition steelbook from 13 November 2017.

In Series 10, the Doctor is keen to show his new friend, Bill Potts, the wonders of the universe, and their travels bring them face-to-face with Ice Warriors and Cybermen. His adventures draw to a terrifying conclusion as a long lost face from the past returns.

Doctor Who: The Complete Series 10 DVD and Blu-ray includes all the episodes from Series 10, the 2016 Christmas Special, and a whole host of extras listed below:

Becoming the Companion
Travel with new companion Pearl Mackie from the London stage through the doors of the TARDIS to a once-in-a-lifetime role, or as Pearl says, “the most insane thing that's ever happened to me.” Featuring exclusive interviews with Pearl, Peter Capaldi, and Steven Moffat. Narrated by Ingrid Oliver (who played UNIT scientist, Osgood).

Out of This World
As Pearl Mackie steps aboard the TARDIS for her first adventure as Bill Potts, Ingrid Oliver looks back at the debuts of the Doctor’s recent companions. What can we learn from their first voyages on the TARDIS, coming face to face with their first monster, and their first encounters with the mysterious stranger called the Doctor?

:)
Acclaimed writer Frank Cottrell-Boyce is back for Bill’s first big adventure into the future, and Frank provides a unique insight into the writing and filming of this chilling episode, along with the perks of the job!  Featuring interviews with Peter Capaldi, Pearl Mackie and Steven Moffat, and narrated by Ingrid Oliver.

…Who’s There?
We creep silently through this spooky adventure as writer Mike Bartlett and Director Bill Anderson reveal the secrets of how to make a truly scary episode of Doctor Who. And find out why they couldn’t have chosen a more terrifying location… Featuring interviews with David Suchet, Peter Capaldi and Pearl Mackie. Narrated by Ingrid Oliver.

Rona Munro – A Modern Classic
No writer has ever penned an episode of both classic Doctor Who and the new series – until now! Rona Munro, writer of the 1989’s Survival, explores the similarities between her classic and modern episodes. And Peter, Pearl and Steven turn their eagle eyes on an ancient mystery! Narrated by Ingrid Oliver. 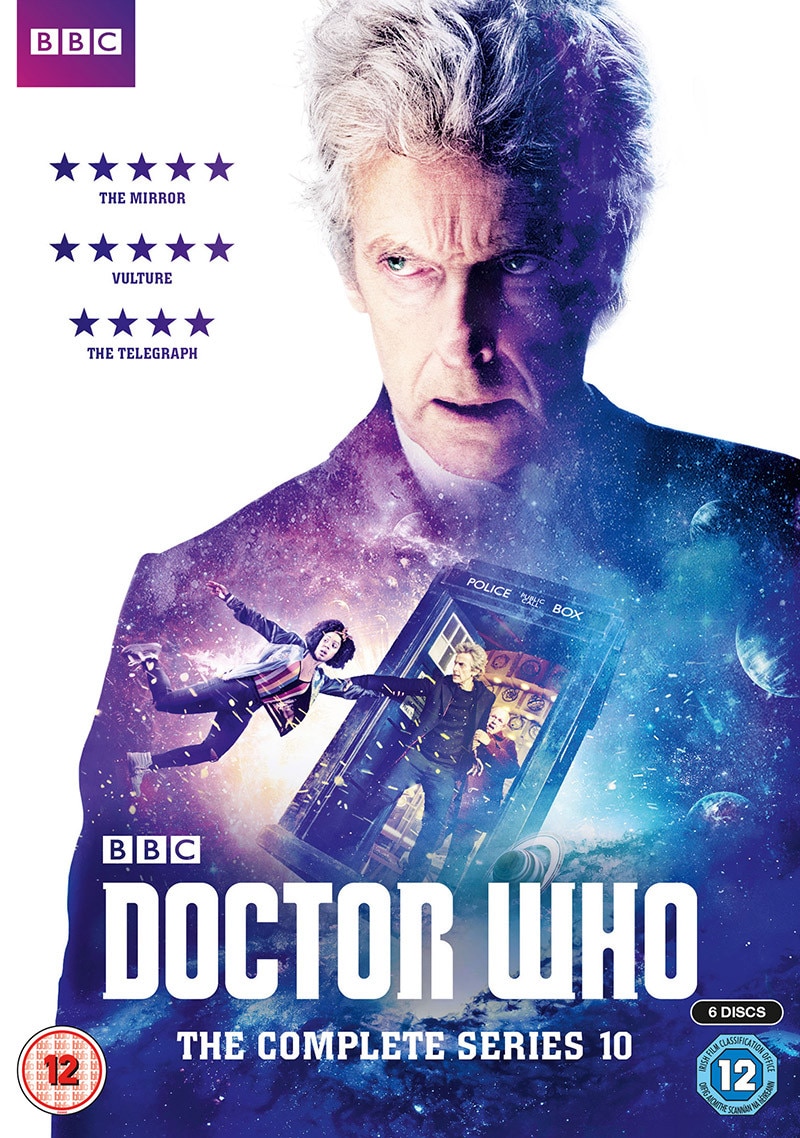 The Finale Falls
Behind the scenes on the 2016 Series 10 finale featuring the return of the Cybermen and John Simm as The Master.

Doctor Who: The Fan Show – After Shows
Join Christel Dee and a host of Doctor Who actors, writers and creatives to discuss the making of Series 10, and most importantly, assess the intensity of TARDIS crew’s hairstyles along the way, in this original companion show.

Doctor Who: The Finale Countdown
Interview with Pearl Mackie and unseen film footage from the Concert.

Doctor Who Extra: The Return of Doctor Mysterio
Behind the scenes on the 2016 Doctor Who Christmas Special.

The Doctor: A New Kind of Hero
A short documentary that accompanied The Return of Doctor Mysterio, which looks at the character of the Doctor and how he’s a unique hero.

Inside Looks
12 episodes looking at each episode in Doctor Who Series 10. 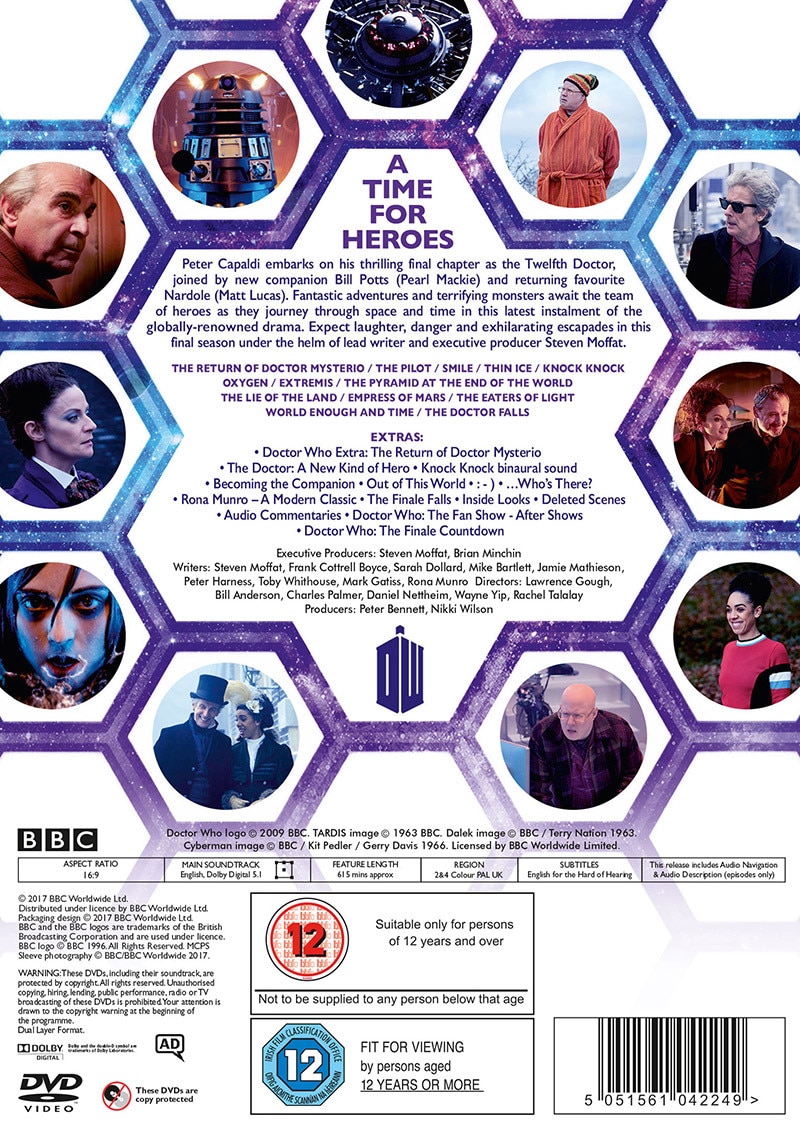 Doctor Who: The Complete Series 10 is available from 13 November 2017