An exciting and rather surprising new trailer for the forthcoming Doctor Who Christmas Special has dropped!

Titled Twice Upon A Time, the preview was screened to thousands of Whovians attending San Diego Comic-Con; you can watch the trailer .

The episode, the final for Steven Moffat as showrunner, stars Peter Capaldi in his Twelfth Doctor finale, David Bradley as The First Doctor, Mark Gatiss, and sees a return for companion Bill Potts, as played by Pearl Mackie. 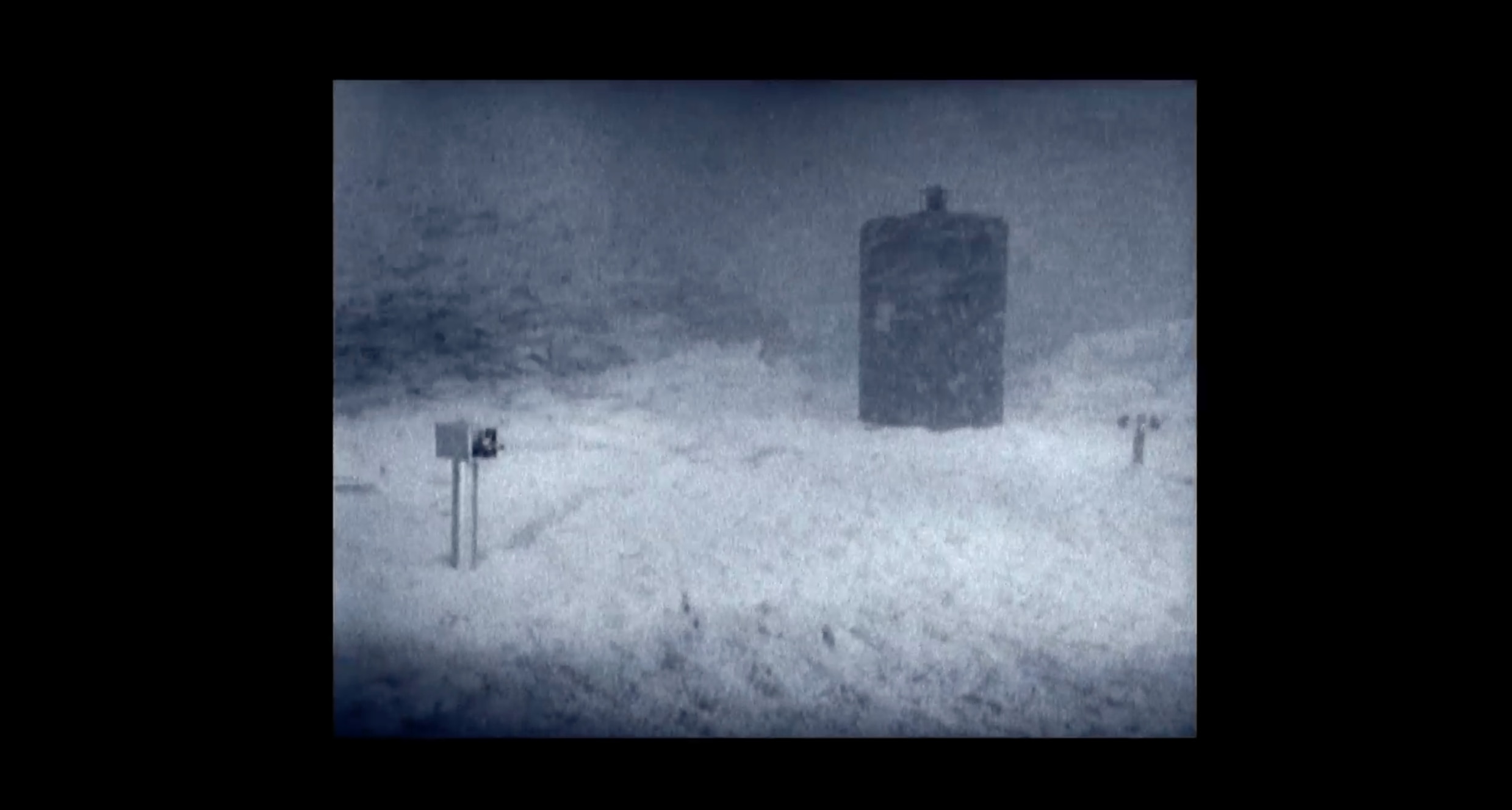 The trailer opens with some tantalising footage from the first episode of The Tenth Planet, the final story in the First Doctor era. We see the TARDIS materialising near the International Space Command at the South Pole on Earth, December 1986.

This 1966 four-part adventure saw the first appearance of the Cybermen and a regeneration for the first incarnation of the Time Lord, as played by William Hartnell.

Not unlike the events of the Series 10 finale, The Doctor Falls… Again, footage from The Tenth Planet is shown and we see the original Doctor, you might say, deliver this immortal quote. BUT, look who finishes this line – enter David Bradley as the First Doctor. 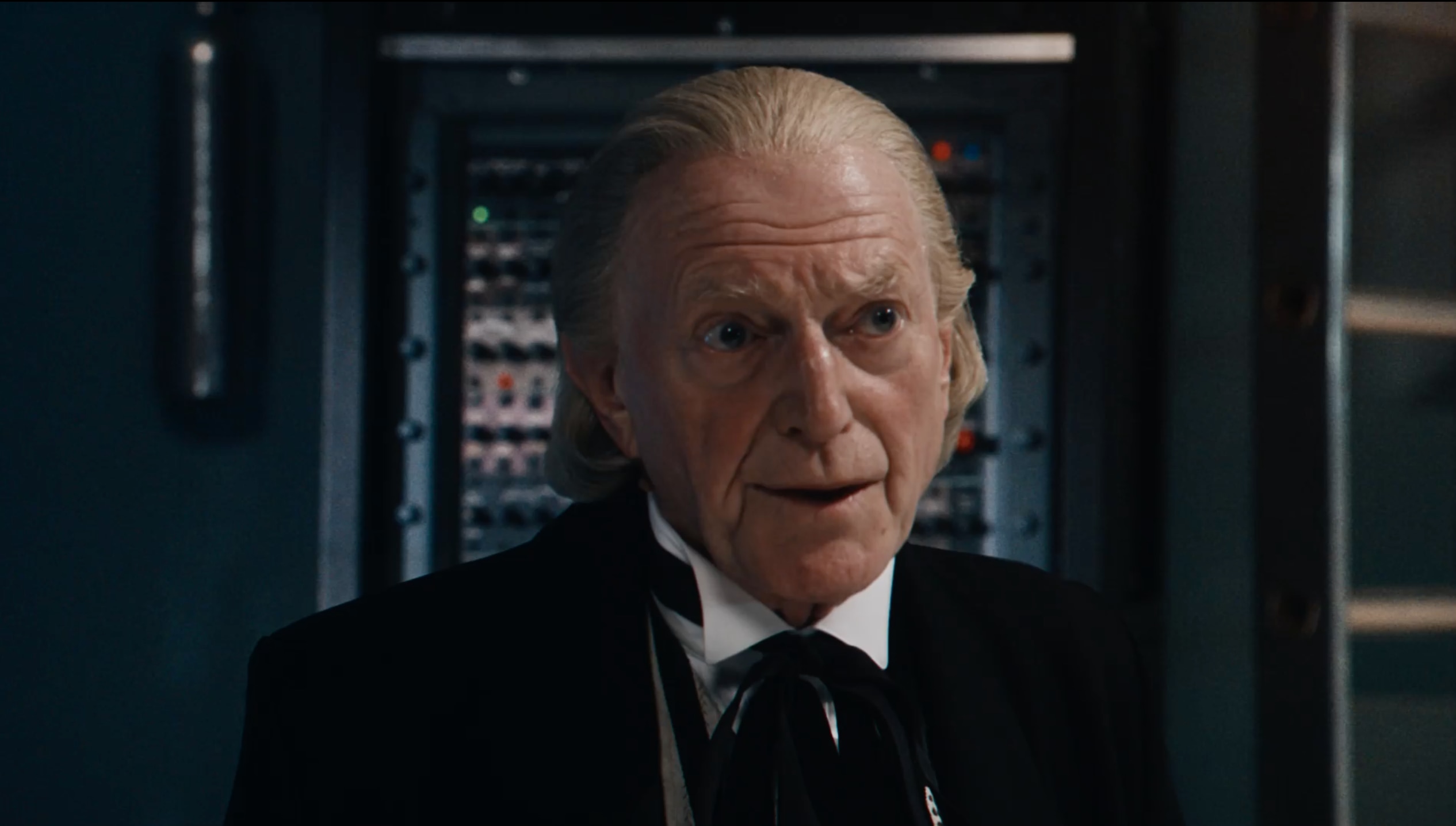 We last saw him confront the Twelfth Doctor at the end of The Doctor Falls in a very snowy climate – are the two Time Lords meeting at the South Pole?

In The Tenth Planet, a Cyberman responds to the First Doctor’s question, “Come to Mondas and you will have no need of emotions. You will be like us.” 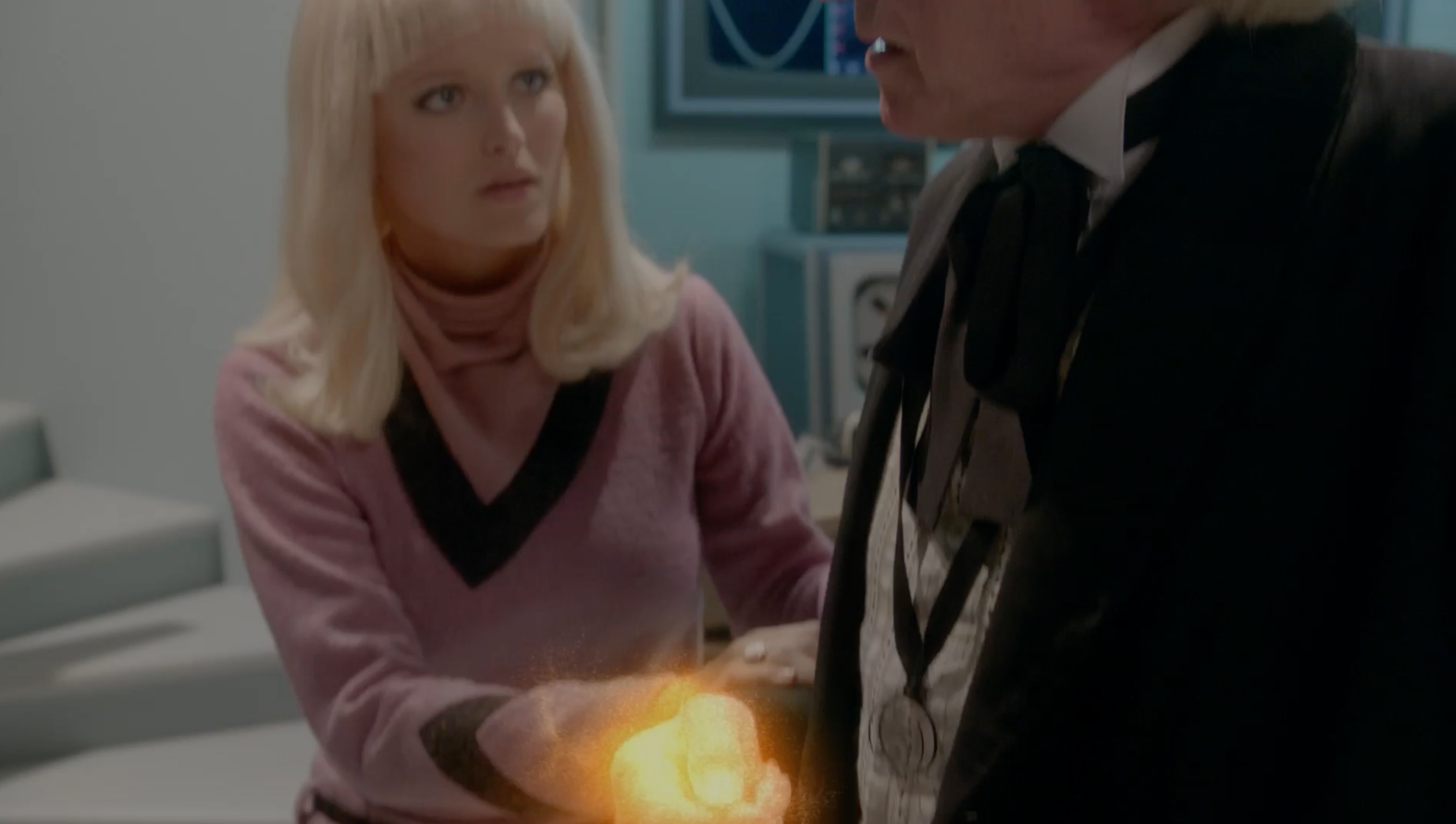 It’s a fleeting glimpse, but it does look like First Doctor companion Polly is also along for the ride this Christmas. Originally portrayed by Anneke Wills, Polly joined the First Doctor in The War Machines with Ben Jackson (will we also see him in Twice Upon A Time?) and left not long after the Doctor’s first regeneration in the Second Doctor tale, The Faceless Ones. Find out more about Polly .

Oh, and look, the First Doctor is regenerating too! 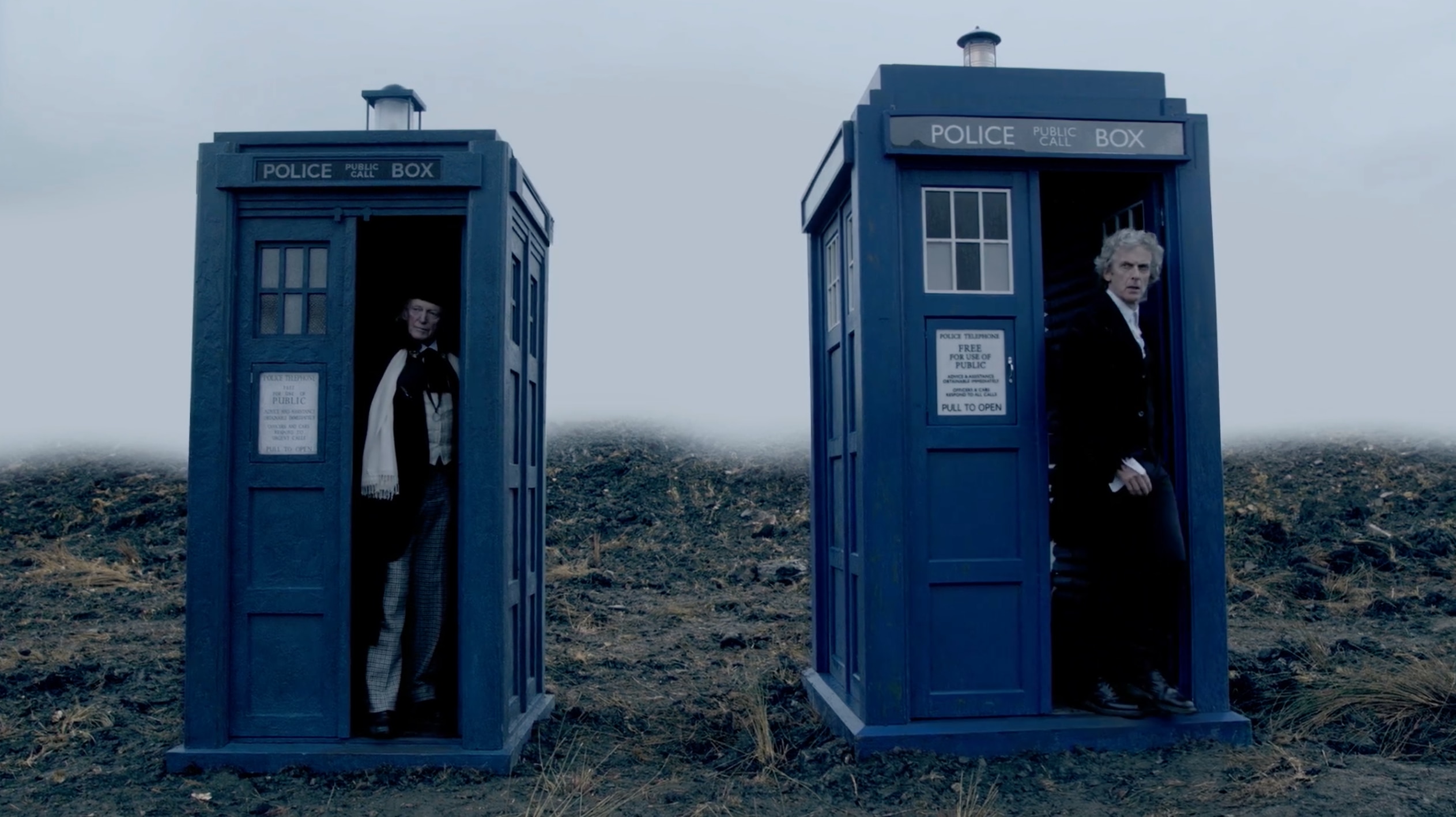 The last time we saw more than once TARDIS together in the same shot was in the 50th Anniversary Special, The Day of the Doctor (which featured the War, Tenth and Eleventh Doctor’s ships). 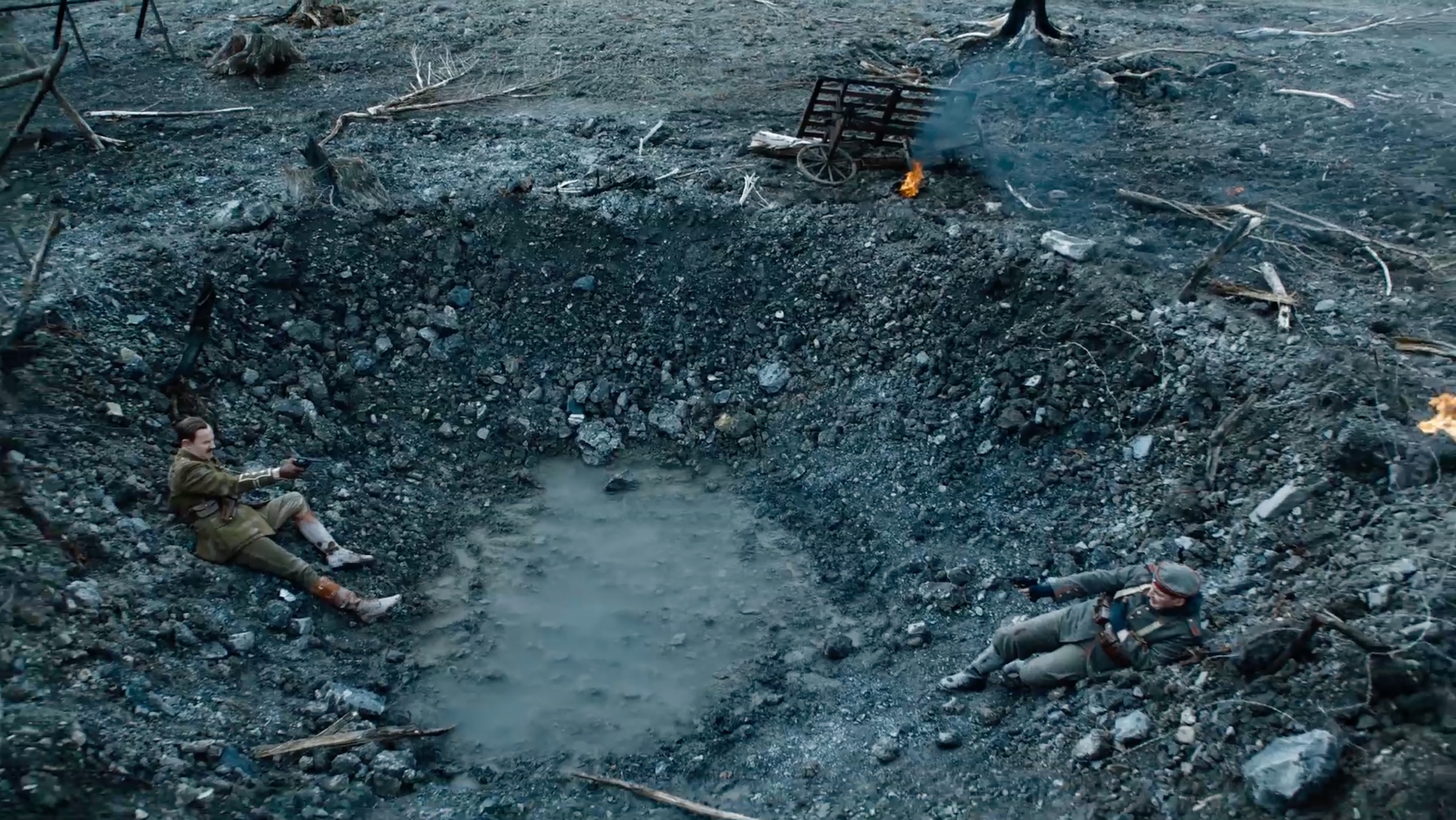 As many fans will know Mark Gatiss is an actor and writer and here we see him in a deadly showdown with a German on the fields of battle.

Eagle-eyed Whovians will have spotted that the other actor here is none other than writer Toby Whithouse, the man behind episodes such as 2006’s School Reunion and, more recently, 2017’s The Lie of the Land, and many more besides. 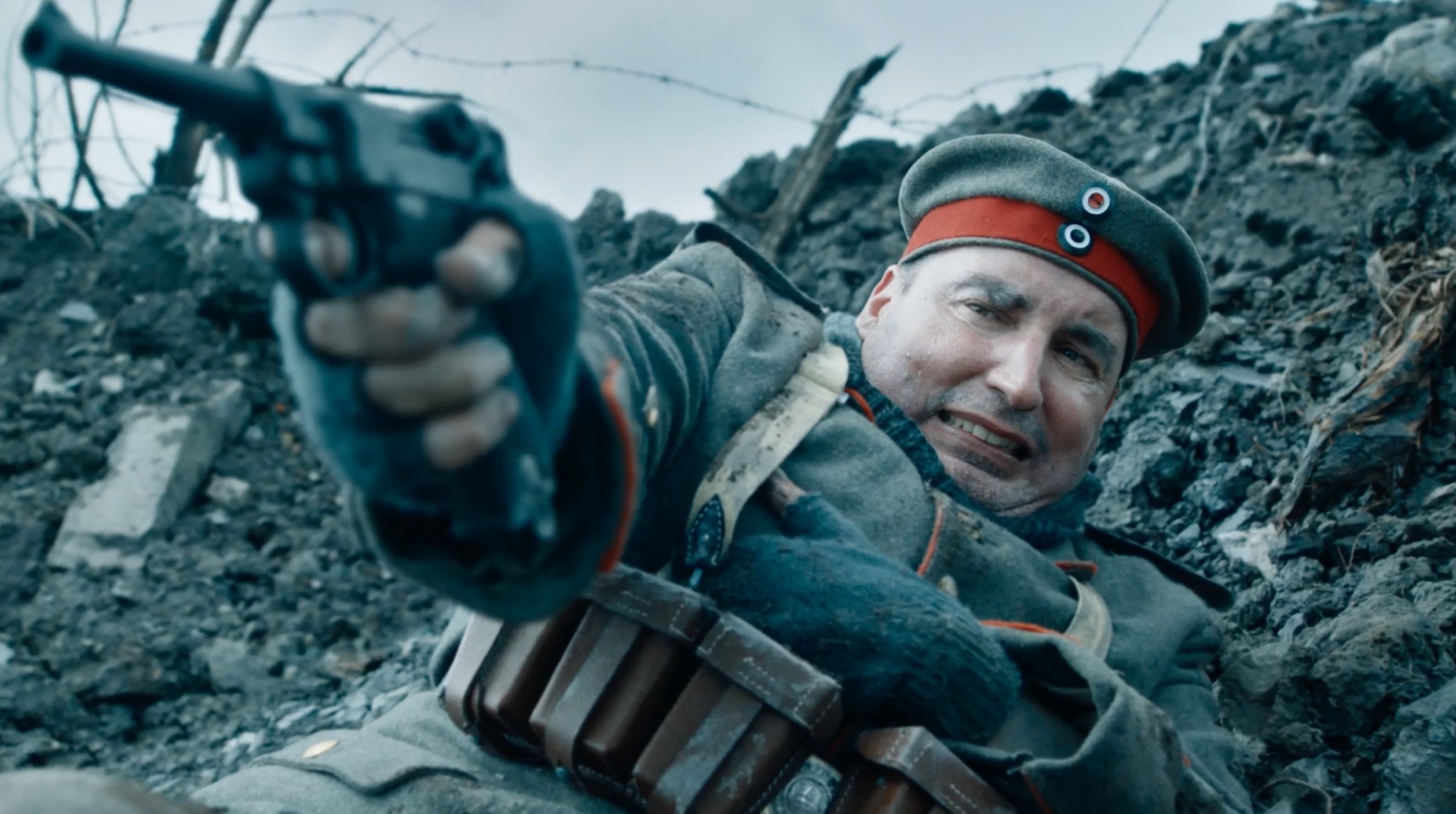 Whithouse has been acting since the early 1990s and has starred in UK television shows such as The House Of Eliott, Goodnight Sweetheart, Being Human (which he also created), and motion picture, Bridget Jones's Diary. 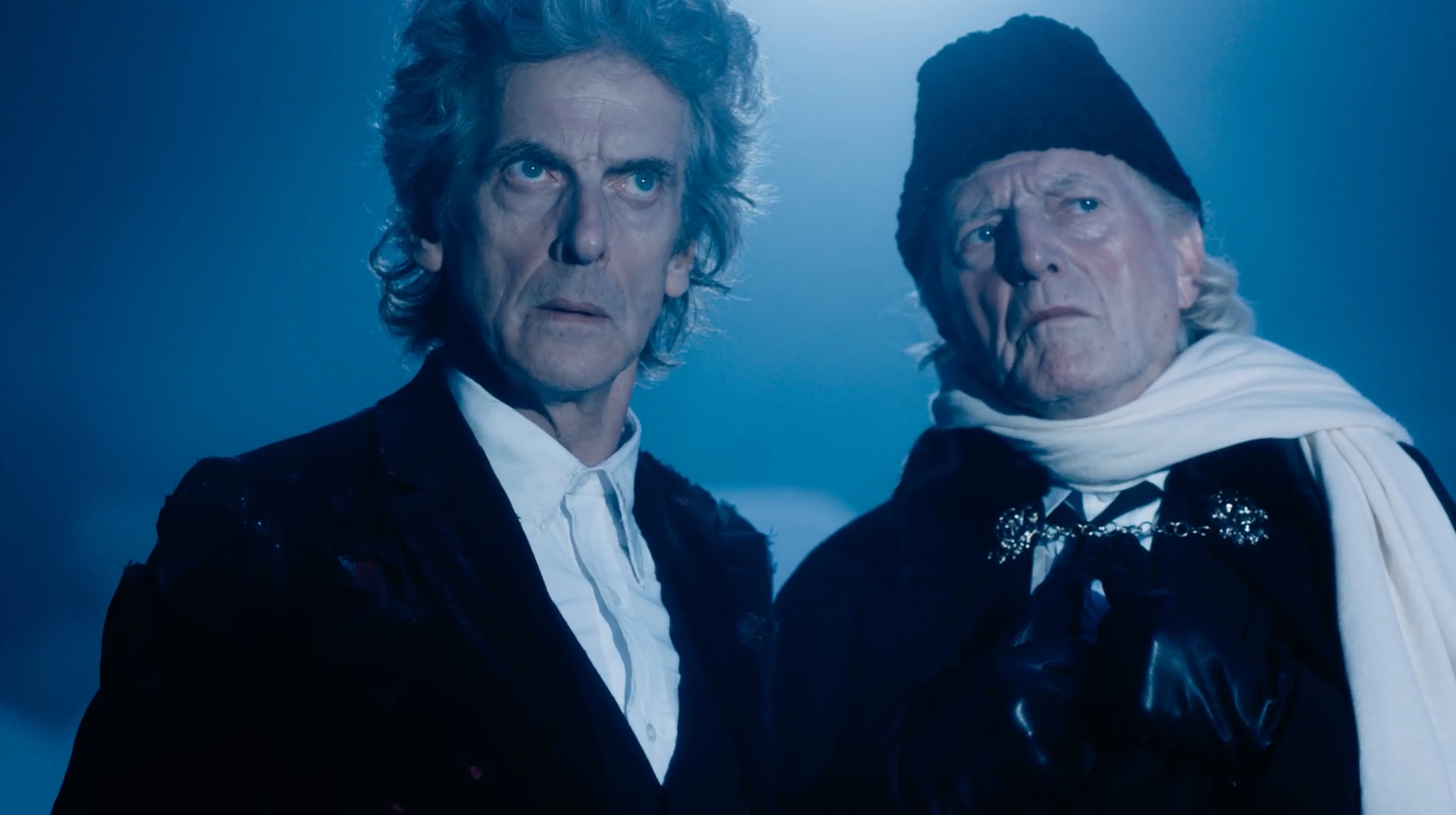 “I don’t suppose either of you is a doctor?”

We love the response from Peter Capaldi’s Twelfth Doctor: “You trying to be funny?” 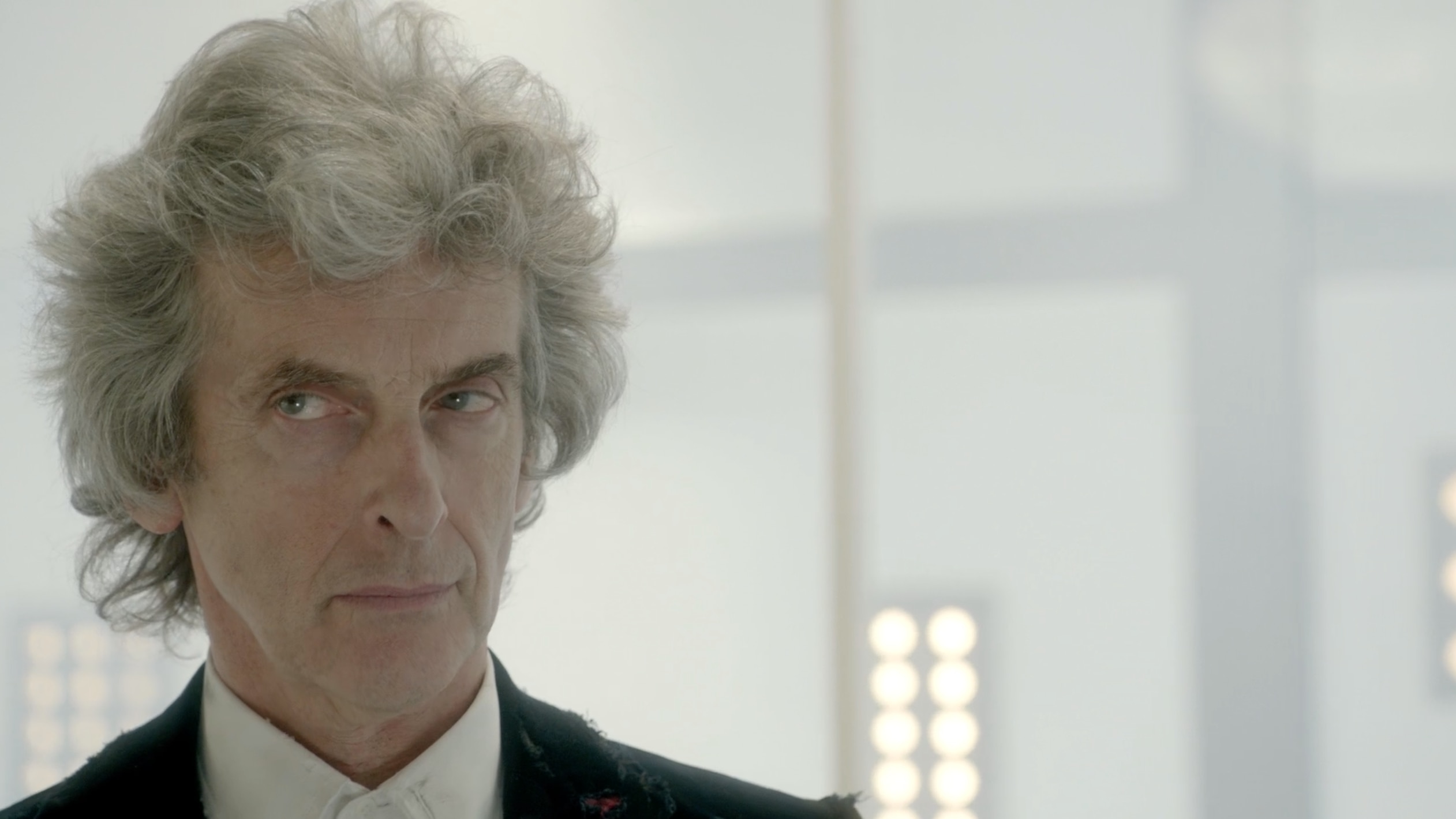 We do see the exterior of the First Doctor’s ship, but this quick snatch suggests that Peter Capaldi’s regeneration takes a step inside in his predecessor’s TARDIS. Wonder what he’ll make of those roundels? 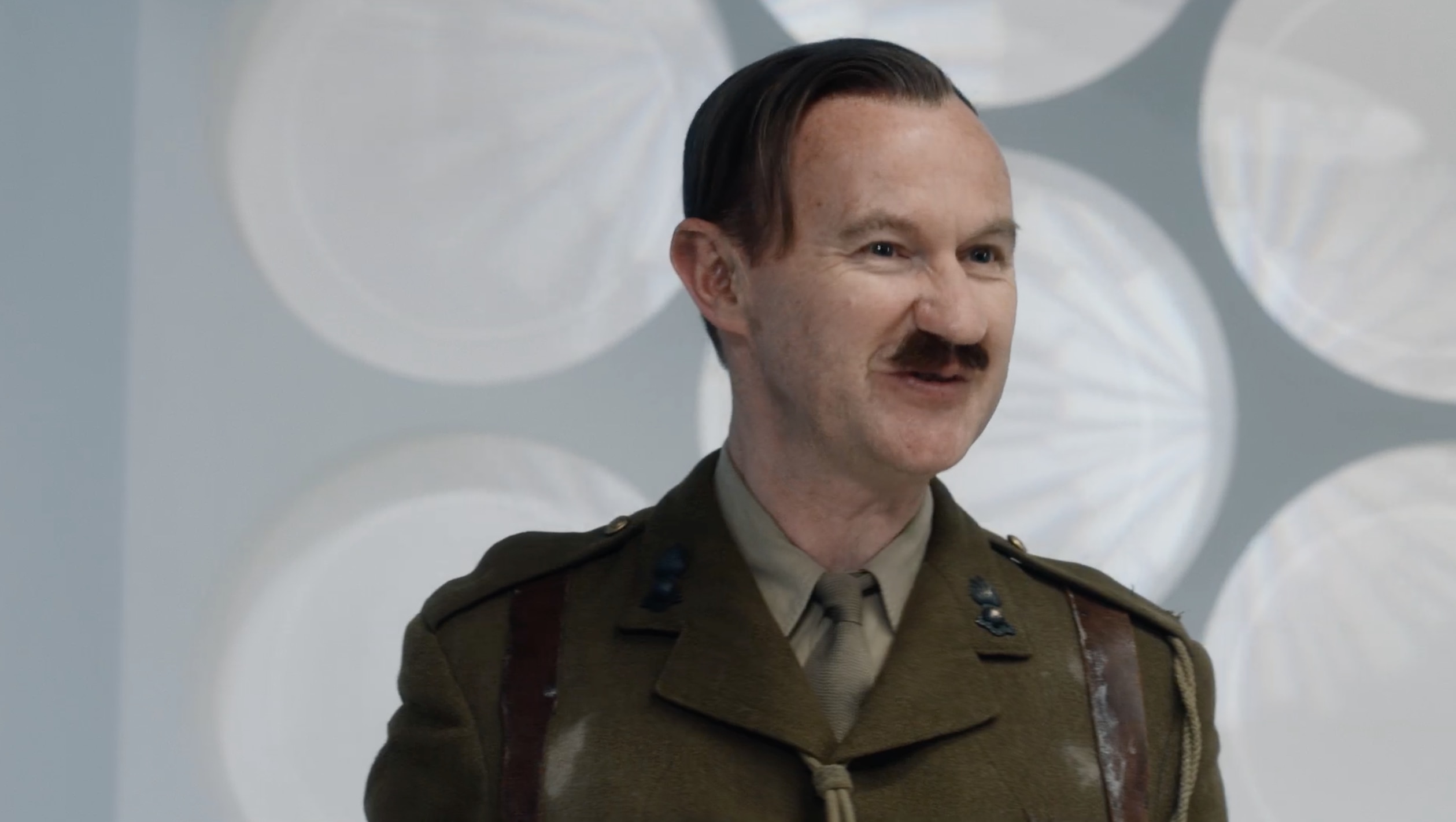 As you can see above, Mark Gatiss as 'The Captain' also looks like he gets to enter the original TARDIS console room; he says, “These Polices Boxes, they’re ever so good aren’t they?” 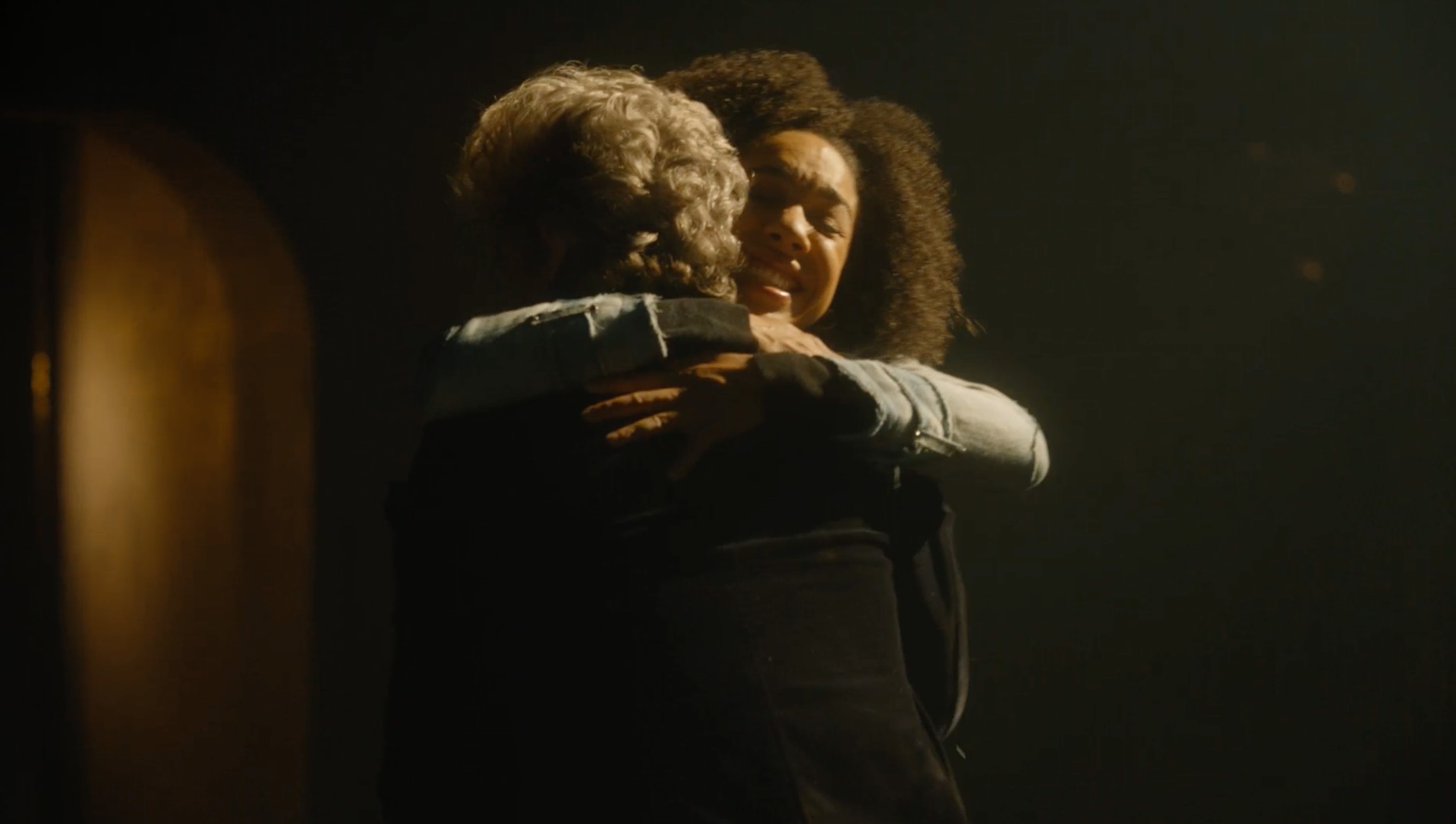 WOAH! Did not see THAT coming!

Whovians were left distraught during the Series 10 finale when Bill Potts was turned into a Cyberman. Thankfully, she got a happy ending as was sent into the stars with her pal Heather (aka ‘Puddle Girl’) but it seems she has returned to seek out her Doctor.

What this means we don’t know, and it’s going to be a LONG wait until Christmas… 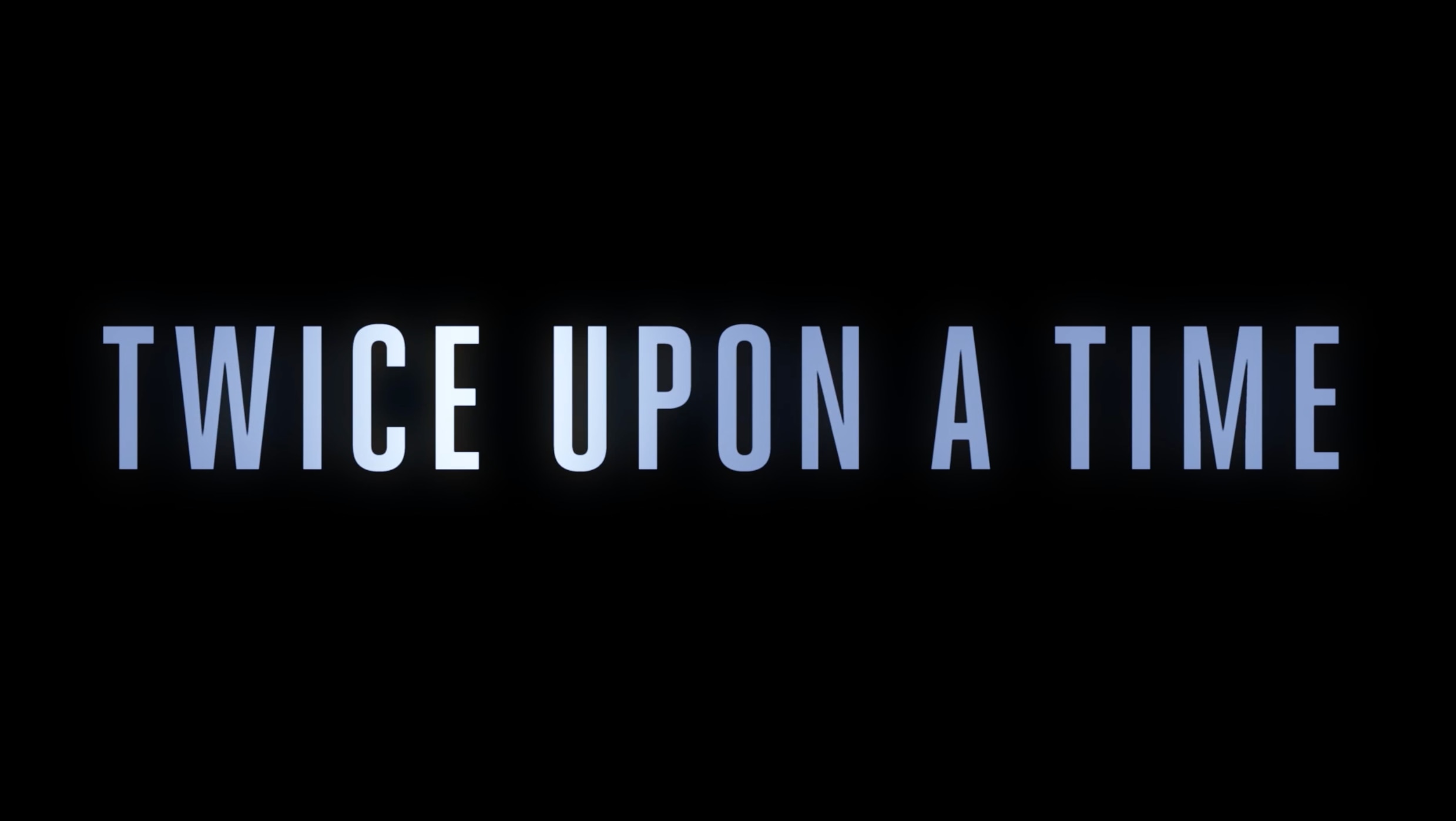 Twice Upon A Time airs later this year.