Christmas is fast approaching and you may be wondering what to buy for the Whovian in your life. OR you may be thinking about what to ask Santa for own presents!

Well, don’t fear - we here at DoctorWho.TV have collected the very best Doctor Who merchandise out there.

Click on the links below to take you to the various sections.

This new toy version is a faithful recreation of the Twelfth Doctor’s Sonic Screwdriver, which debuted in the Series Nine episode Hell Bent. This is the first Sonic Screwdriver toy to have four light modes and four sound effects. 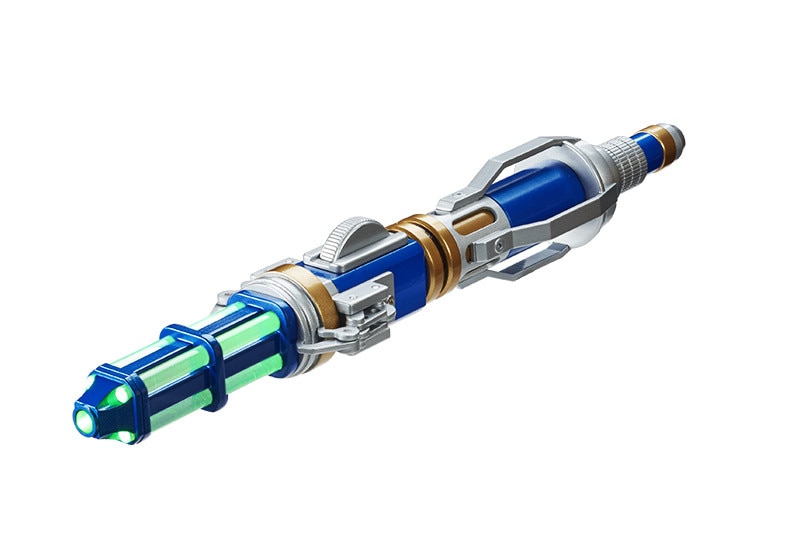 For over a decade, AbbyShot have been manufacturing clothing for the most hardcore of cosplayers. Exporting to over 53 countries around the world, AbbyShot have a global reputation for making the best screen-accurate clothing — a reputation earned by near-obsessive attention to the details of garment accuracy, quality and durability.

Visit the full AbbyShot Doctor Who range and purchase here. 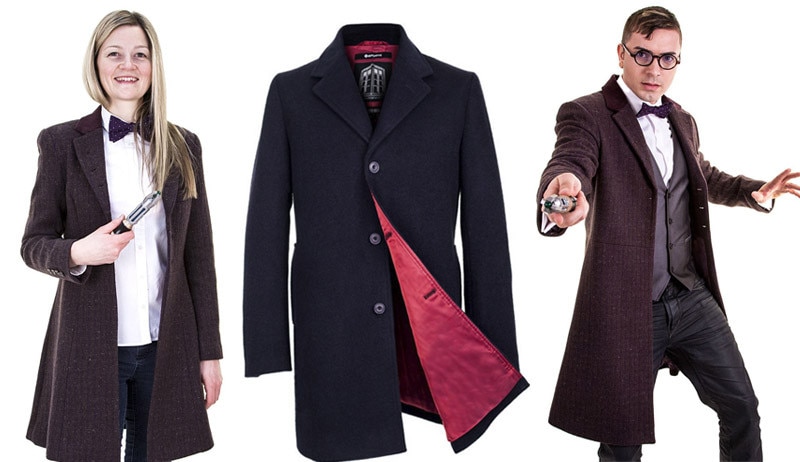 Rubbertoe Replicas is a unique company specialising in 100% authentic prop replicas and collectibles from Doctor Who. All their products are hand-made in Wales, by the original prop-makers who have worked (and still do work!) on Doctor Who.

Their range includes numerous Sonic Screwdrivers, weapons, the TARDIS, and much more!

Check out the full Rubbertoe Replicas range and purchase here.

For over ten years, Character Options have been releasing action figures celebrating the many characters from Doctor Who past and present. There’s too many to mention here so we suggest you check the full range out! Exterminate! Exterminate! Watch out for this Dalek flying its Patrol Ship, fully equipped with a firing cannon to shoot at its enemies. Simply load the cannon, aim, and press the button on its stalk to shoot at your opponents. You can pop the armoured panels off the ship to see the evil Dalek pilot inside! Includes one Dalek Patrol Ship and one Dalek pilot 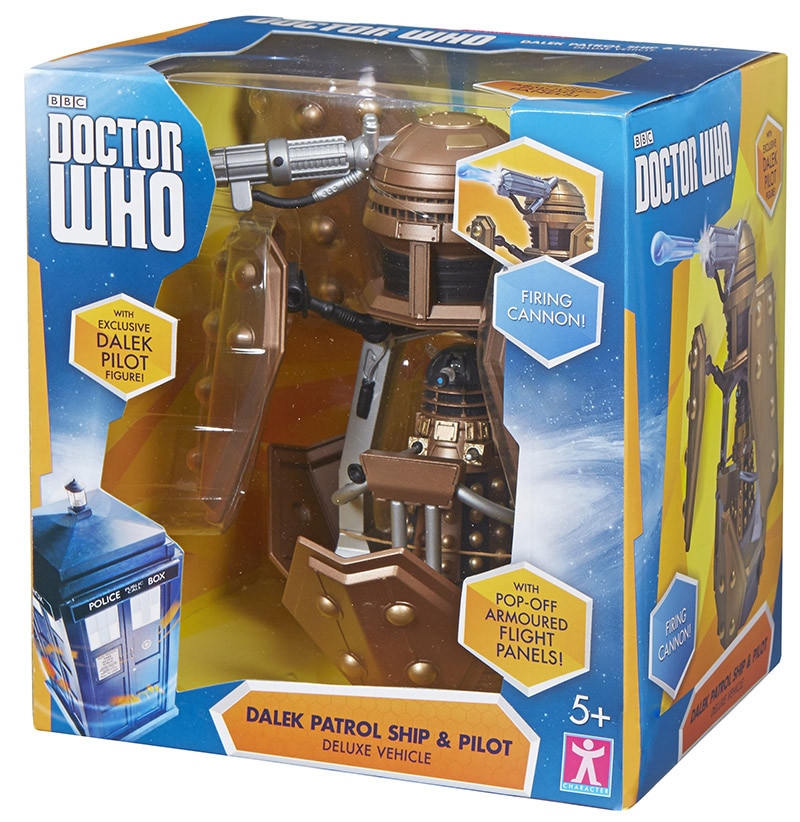 With real walking action and realistic sounds, you can take the role of the Doctor. Zap Cyberman from up to 2.5 metres. As you get better at defeating Cyberman, the levels get harder. Includes realistic sounds and FX 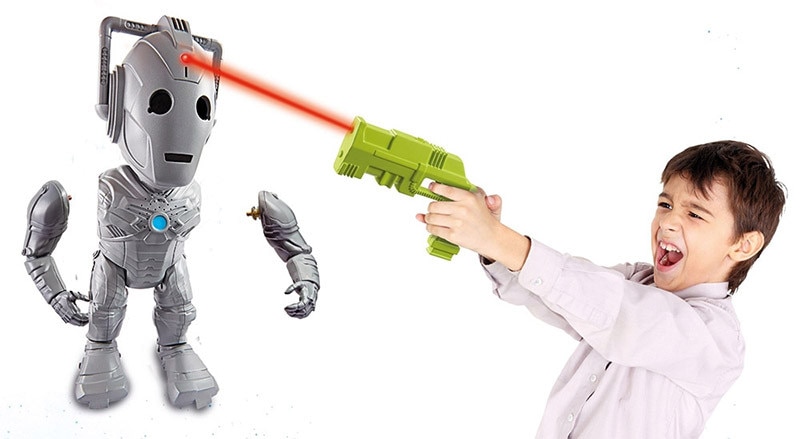 Into the Time Vortex

A range of finely-sculpted scale pewter and plastic miniatures by Warlord Games, officially approved by the BBC, designed for collectors or sending into battle in our forthcoming game, Doctor Who: Into the Time Vortex.

To purchase - visit the Into the Time Vortex website here. 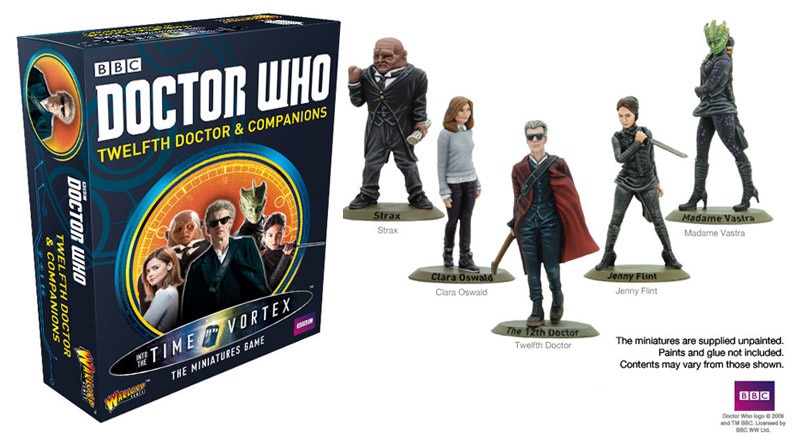 Big Chief Studios have a fantastic 1:6 Scale Collector Figure range, including various incarnations of The Doctor, and companions such as Amy Pond and Rose Tyler. These highly-detailed limited edition figures are available worldwide and officially licensed by BBC Worldwide. 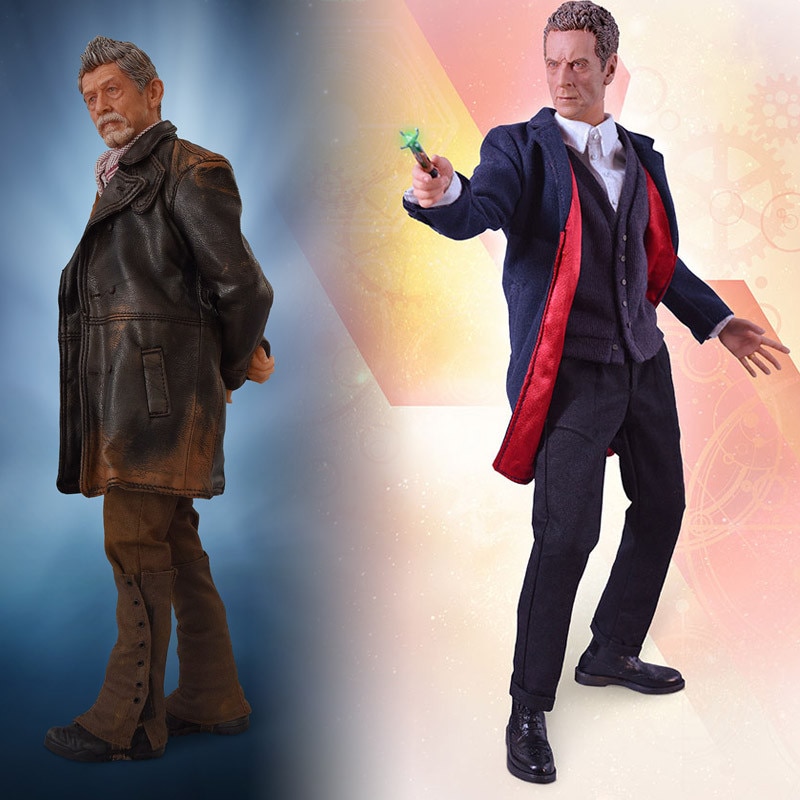 Visit our Shop for more Doctor Who products in your area.

Look out for Part 2 of the Doctor Who 2016 Christmas Gift Guide soon!