As always, Big Finish have some big stories for Whovians and in April you can find Doctors Four and Five alongside Daleks and Vikings — not to mention the return of show producer Philip Hinchcliffe. 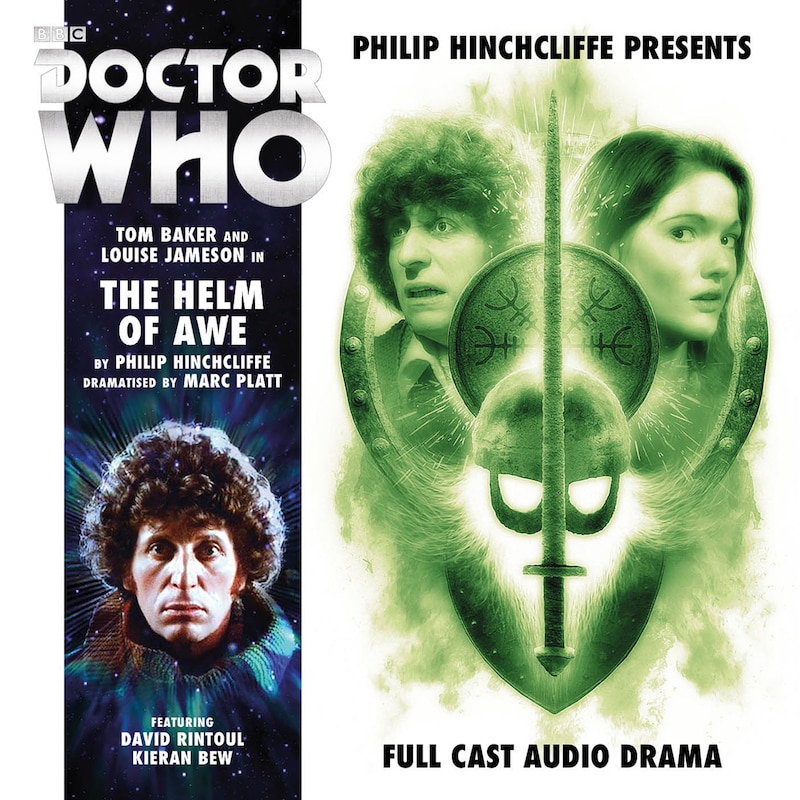 Philip Hinchcliffe, acclaimed producer of Doctor Who (1975-77) returns to tell new stories for the Fourth Doctor and Leela.

The TARDIS arrives on the remote Shetland isle of Bothness and the Doctor and Leela find themselves threatened by Vikings! Only all is not as it seems. The locals are celebrating the old Norse fire festival of Up Helly Aa, so there’s nothing to be worried about. Or is there?

For, unknown to the islanders, the TARDIS crew are on the trail of an ancient artefact invested with mysterious powers that has recently been stolen and brought to this remote location.

Somewhere on this island lurks something ancient, and evil, and alien. The Doctor and Leela will have to stop it. Only on this occasion time might not be on their side.

Philip Hinchcliffe Presents: The Helm Of Awe is a 3 CD set starring: Tom Baker (The Fourth Doctor), Louise Jameson (Leela), and many more. This title goes on general release from May 31, 2017. 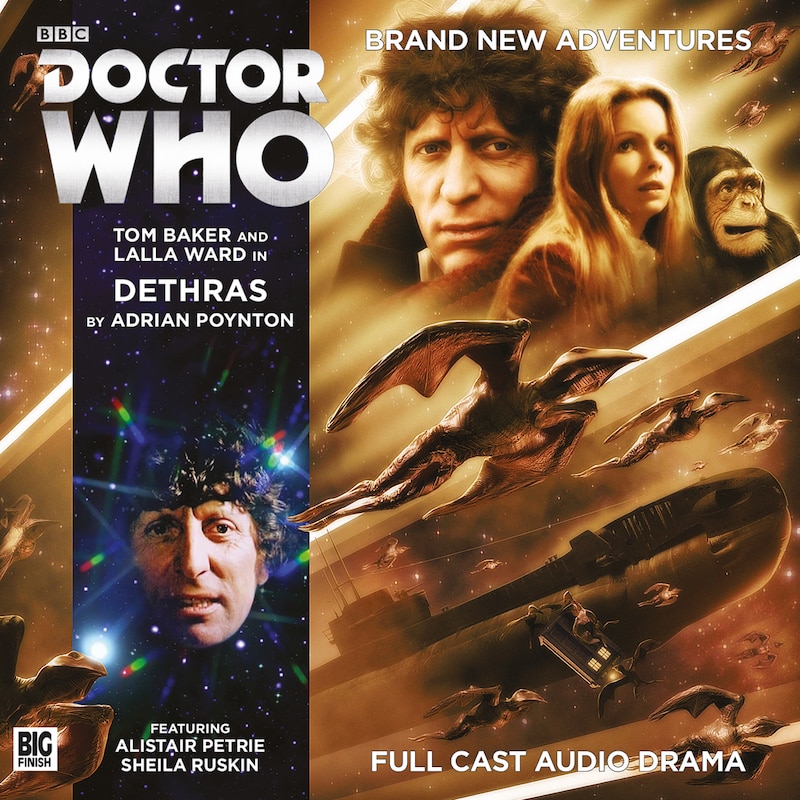 This range of two-part audio dramas stars Tom Baker reprising his role as the Fourth Doctor with a number of his original TV companions. This fifth series reunites the Doctor with Romana (Lalla Ward), a fellow Time Lord for adventures across Time and Space!

The TARDIS arrives on a sunken World War 2 submarine. But there is more to this crippled ship than meets the eye, and a mystery to solve before the outside pressures rip it apart...

Dethras is a 1 CD set starring: Tom Baker (The Fourth Doctor), Lalla Ward (Romana), and many more. This title goes on general release from May 31, 2017. 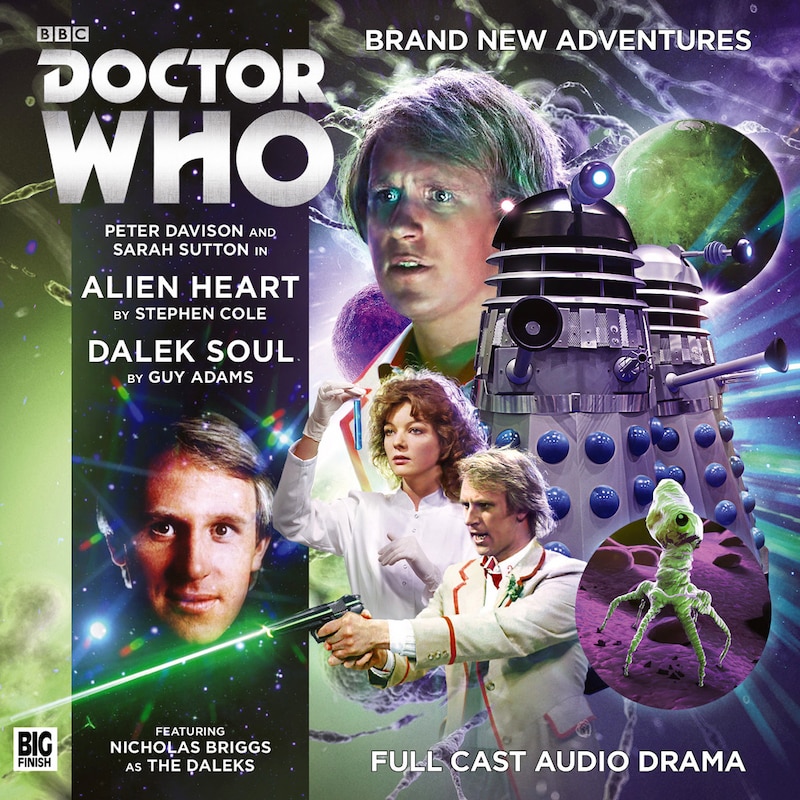 In the TARDIS, the Doctor and Nyssa stumble across a trail of ten destroyed worlds, all of them obliterated by means of some utterly monstrous but utterly unknown device. The planet Traxana would seem to be next in line to suffer the same fate. But when the TARDIS lands on an outpost on Traxana’s moon, Nyssa is carried away by a tide of giant green arachnoids, leaving the Doctor behind...

And the coming menace is closer than he thinks.

On the Dalek-occupied world of Mojox, a group of rebels is engaged in a futile fightback against the invaders – but at last they they’ve found an ally, in the form of the mysterious Doctor. Elsewhere, however, the Daleks’ Chief Virologist is seeking to perfect a biological weapon to wipe out the Mojoxalli, once and for all.

Alien Heart / Dalek Soul is a 2 CD set starring: Peter Davison (The Fifth Doctor), Sarah Sutton (Nyssa), Nicholas Briggs (the voice of the Daleks), and many more. This title goes on general release from May 31, 2017. 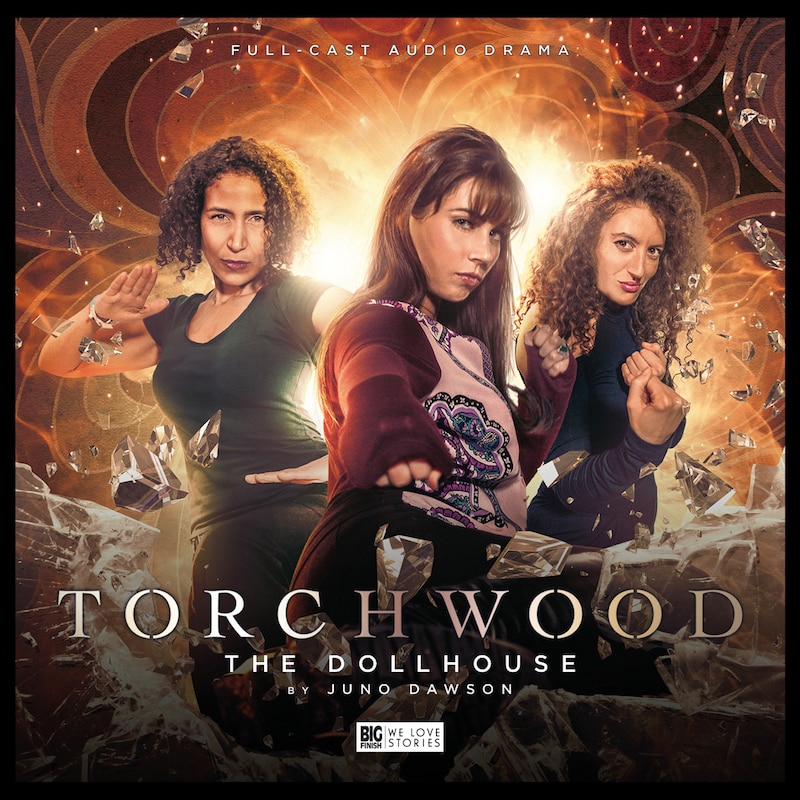 So many young girls come to this city hoping for something better. For some, luck is just around the corner. For others that golden ticket never arrives and they just fade away.

But it’s not that simple. Everyone has a value to someone, and Torchwood are about to discover Hollywood’s darkest secret.

Torchwood: The Dollhouse is a 1 CD set and goes on general release from June 30, 2017. PLEASE NOTE: Torchwood contains adult material and may not be suitable for younger listeners