Fans can take a nostalgic journey through time with vintage tales first seen in Doctor Who Annuals from the 1960s through to the 1980s as they receive the audio treatment for the very first time.

For two decades, from the mid-1960s to the mid-1980s, every fan of the Doctor hoped to find The Doctor Who Annual in their Christmas stocking. Larger than life and twice as colourful, the stories within were exuberant — and often charmingly naive — in their take on ‘the children’s own programme which adults adore’.

Check out the details and the amazing cover art below.

In The Sons of Grekk, the First Doctor is held prisoner in a brutal, otherworldly society. The King of Golden Death finds that the Second Doctor, Polly and Ben have materialised inside an Ancient Egyptian pyramid. The Third Doctor, Jo and the Brigadier confront a familiar adversary in Dark Intruders, whilst in Conundrum the Fourth Doctor, Adric and K9 experience warped physics in the corridors of the TARDIS. FacingThe Penalty, a delirious Fifth Doctor finds old friends and adversaries ganging up on him, and the Sixth Doctor and Peri plunge into a dangerous period of British history in The Real Hereward. 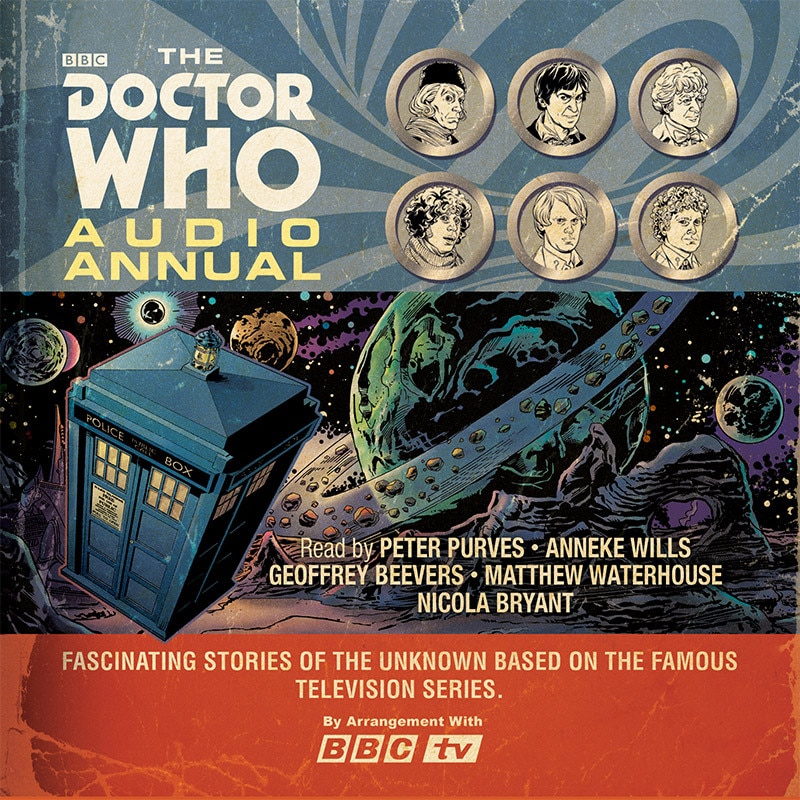 Also included are two vintage essays on the character of our favourite Time Lord: Who is Doctor Who? from 1966 and The Phoenix in the TARDIS from 1968.

The Doctor Who Audio Annual is available from Dec 7, 2017 – pre-order here.