As always, Big Finish have some big stories for Whovians and in February you can find classic companions and the Master in the Time War, the return of Winston Churchill, and much, much more!

All titles are initially available exclusively from the Big Finish website in February. 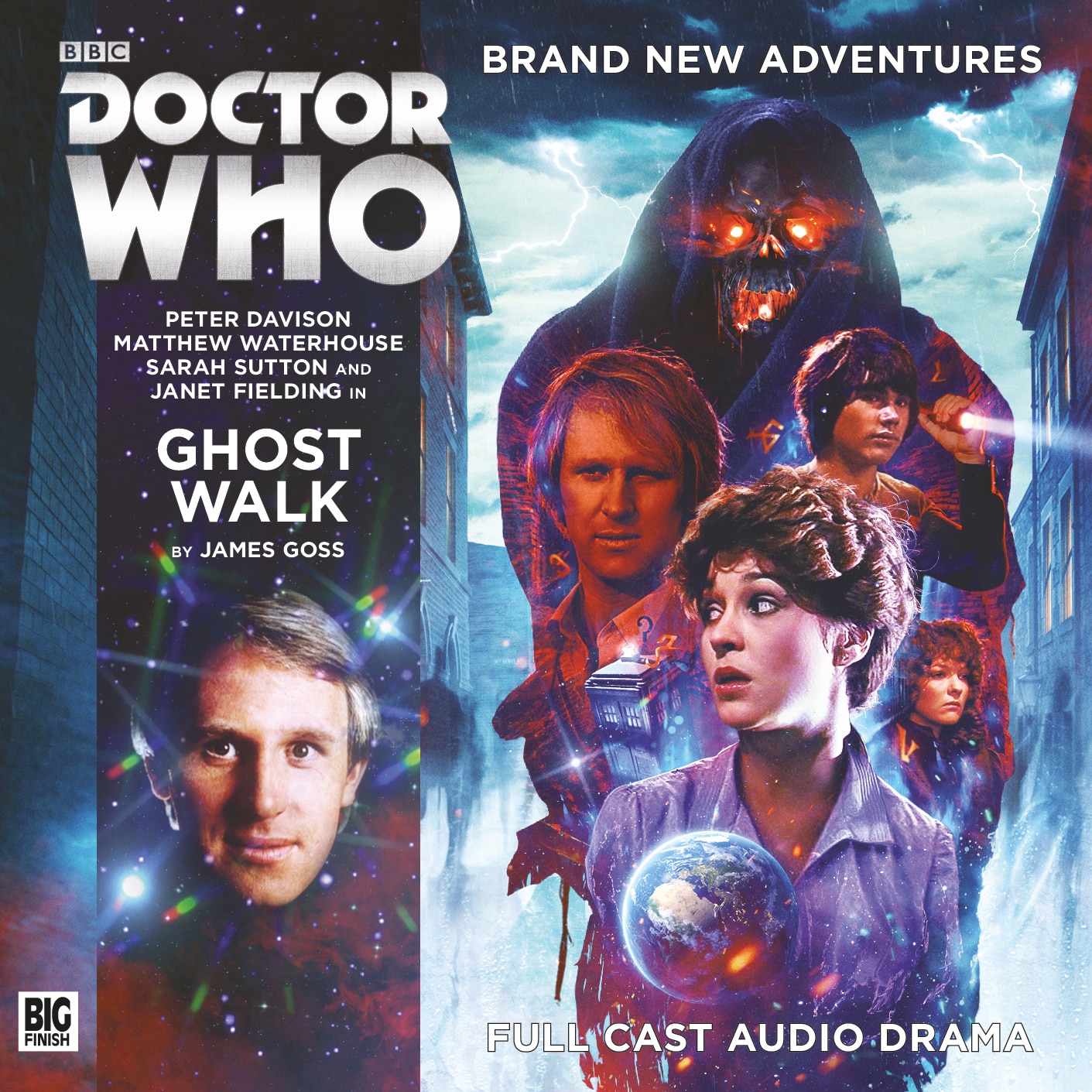 A walking tour guide meets a ghost who says her tour is being used to bring a terrible being into our world. Before he died, the ghost was known as the Doctor. 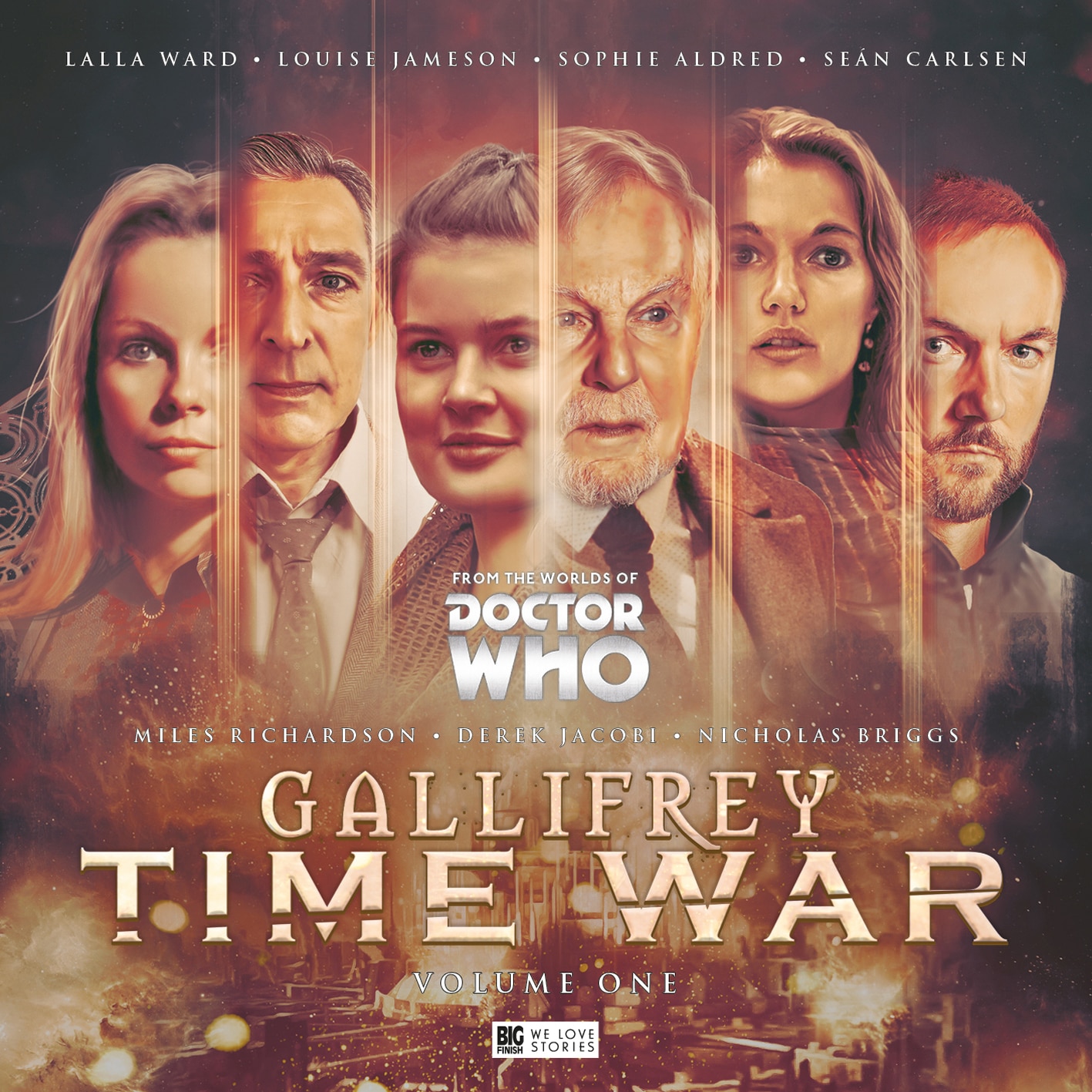 The Time Lords and the Daleks have opposed one another across millennia. But now, their conflict tips into an all-out Time War, and nowhere across the universe of spacetime is safe.

Battle plans will be drawn, allies recruited, and innocents caught in the crossfire. Gallifrey is going to war, and the cosmos will never be the same again. 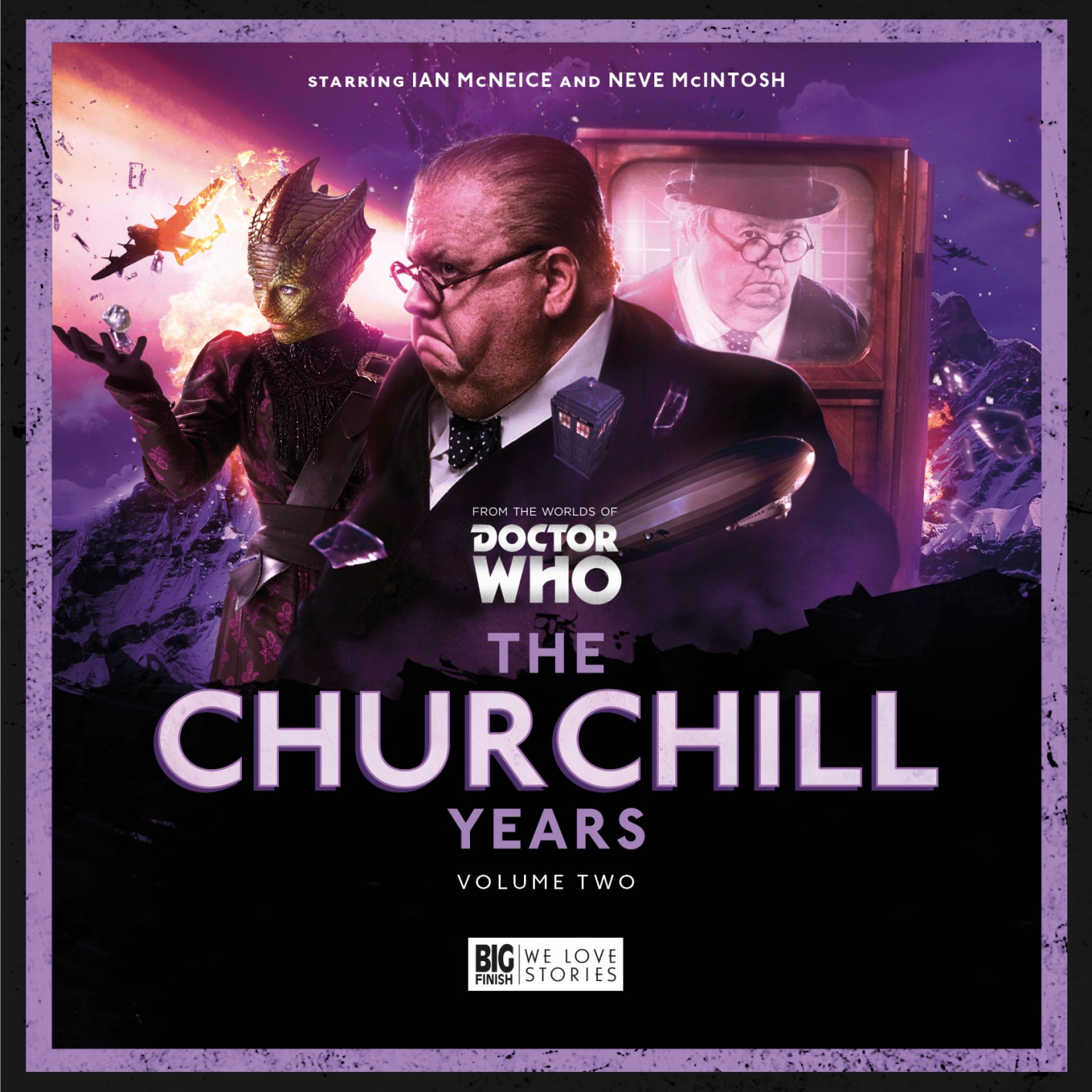 Young Winston by Paul Morris
London, 1899. After spending time in warzones abroad, Winston Churchill considers a Parliamentary career. But a memento from his visit to Cuba, four years earlier, returns to haunt him. Across the city, the Great Detective has a mysterious caller, all the way from Havana. As ruthless mercenaries wield alien powers, young Winston and Madame Vastra learn they have a mutual friend – an eccentric young man, sporting a bowtie...

Human Conflict by Iain McLaughlin
1941. The Prime Minister has much on his mind as London reels from the Blitz. When a daring mission to discover Nazi secrets bears unexpected results, Churchill heads north to retrieve technology that could win the war. But an old ally is set against his intent. Weary from his own people’s conflict, the Doctor knows that some weapons should never enter the field of human conflict.

I Was Churchill's Double by Alan Barnes
Alexandra Palace, 1942. Strange television signals show a paranoid Churchill urging on the resistance in German- occupied Britain. A man in a battered leather jacket makes a guest appearance. The broadcasts come from another world, one where the country is now part of the Kaiser’s Empire. Of course, the Doctor is involved, and while Churchill claims to understand the notion of ‘alternative histories’, he never expected to be part of one.

Churchill Victorious by Robert Khan & Tom Salinsky
VE Day, 1945. The war is over. The PM has seen the crowds, and made his speech. Now he wishes to soak up the atmosphere, moving incognito among his fellow countrymen. But an alien interloper lurks in a backstreet tavern, and ‘William Churchyard’ must lead a few plucky Londoners into one more fight. The Doctor is in trouble, and at the time of his greatest victory, Churchill also faces his greatest danger. 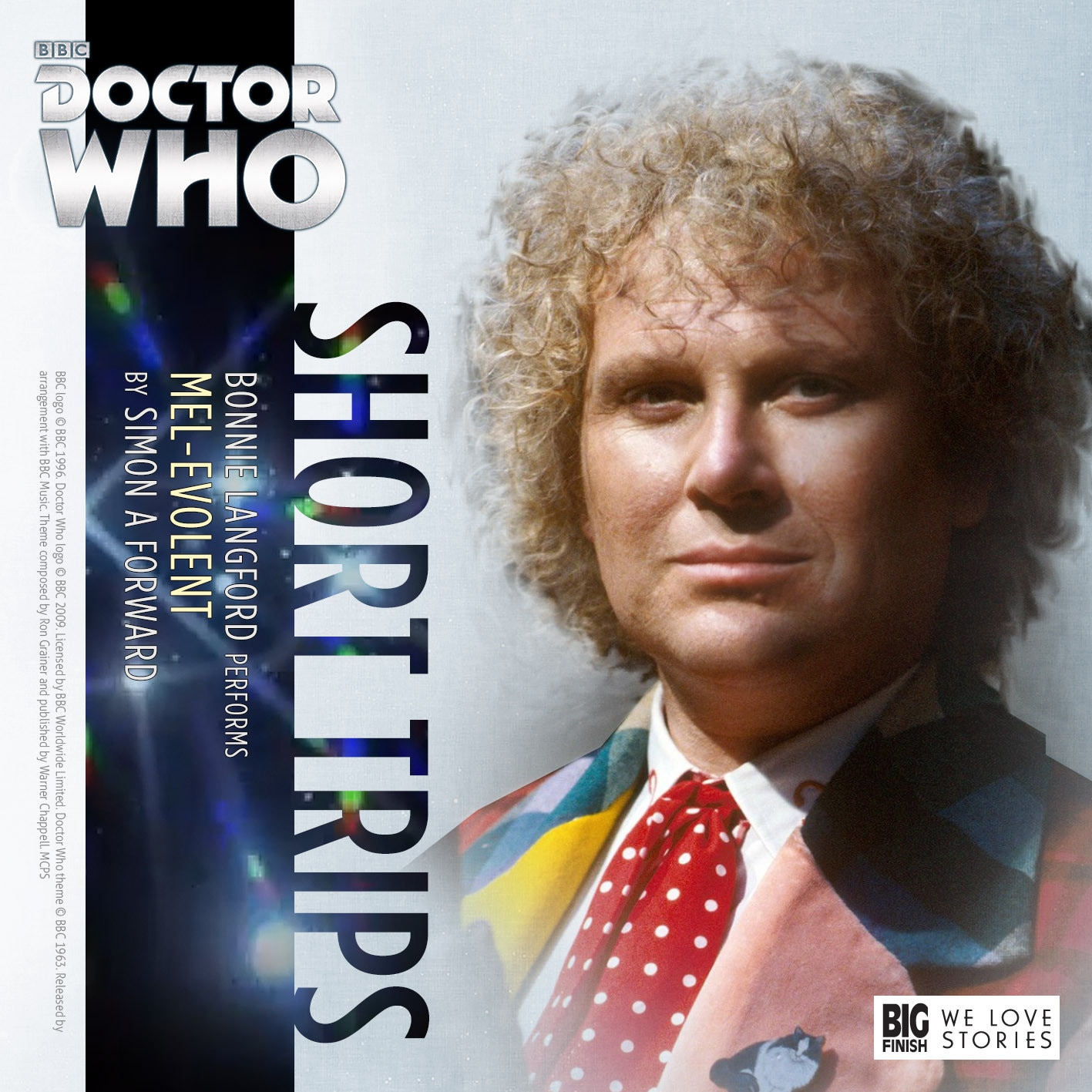 A glimpsed reflection in a dark and dusty corner leads Mel on a journey Through The Looking Glass. Witchcraft and shadows reign.

Mel must face the evil at the heart of it all, while the Doctor battles to save a TARDIS determined to prove it’s not only bigger on the inside, but darker. Much darker.

Mel-Evolent is narrated by Bonnie Langford (companion Mel) and will be available exclusively on the Big Finish website. 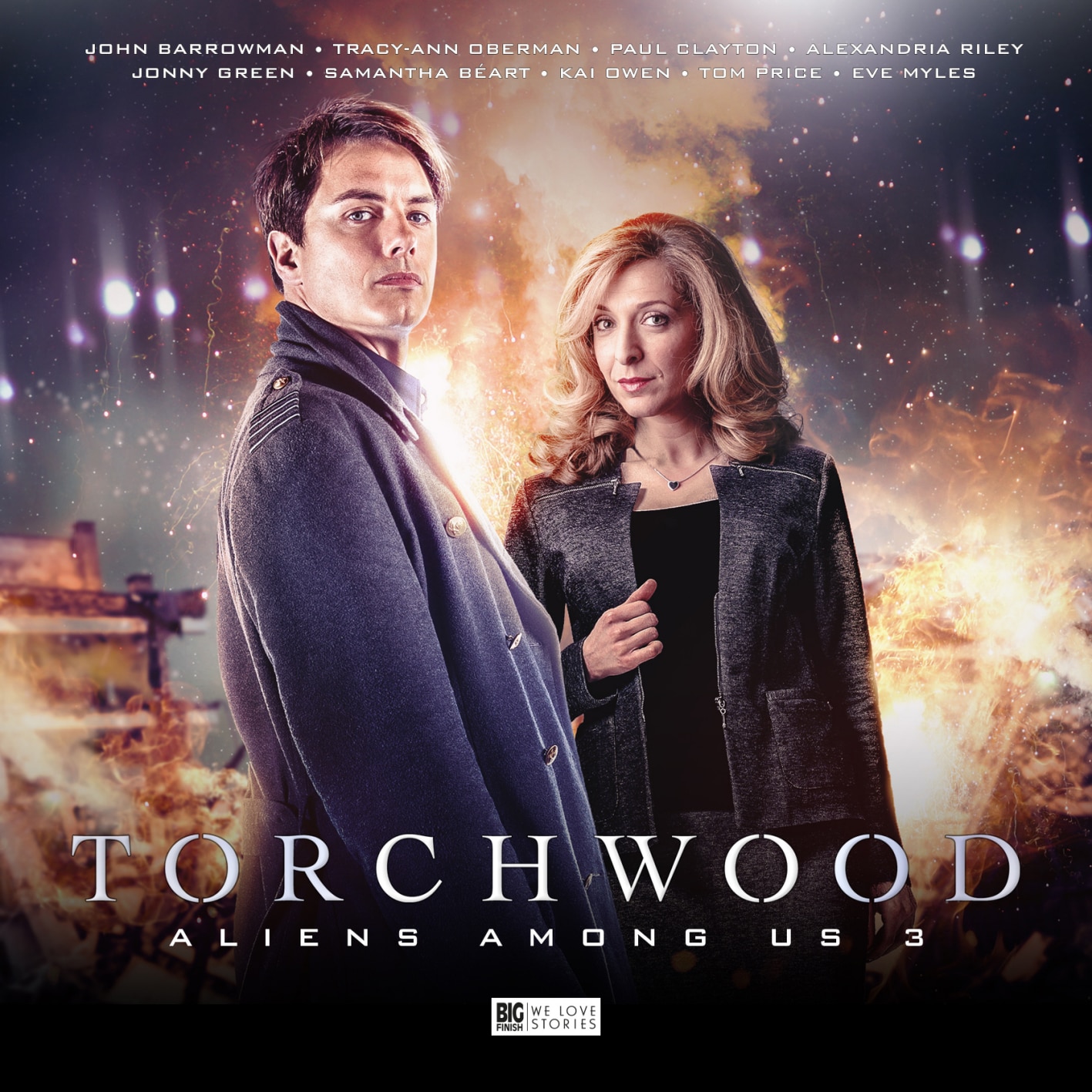 Torchwood: Aliens Among Us Part 3

Big Finish picks up the events after the 2011 television series Miracle Day with Torchwood: Aliens Among Us...

Captain Jack and Gwen Cooper have restarted Torchwood. But it's in a very different Cardiff. Something terrible's happened to the city. With every day getting darker, will Torchwood need to adopt a whole new approach?

All titles are initially available exclusively from the Big Finish website in February.