Today is the 30th anniversary of Sylvester McCoy’s first appearance as the Seventh Doctor in 1987's Time and the Rani.

We asked Doctor Who Big Finish writer and BAFTA-nominated documentarian Chris Chapman to talk about his love for Doctor number seven.

When I was 7 years old, Doctor Who was massive. All the kids I knew watched it. We were all terrified by the monsters – the Daleks, the Cybermen, those ones that came out of the sea - and we would play out their battles with our hero, the Doctor, in the school playground. Doctor Who seemed like the biggest thing on telly, and if that was true, then the biggest star on the box had to be Sylvester McCoy.

It was only when I got a little older that I realised the horrifying truth. For most British television viewers, the McCoy era of Doctor Who simply did not happen. It was not a thing. Nobody cared.

As a teenager, I got my hands on geeky Doctor Who literature for the first time, and found to my surprise that the ratings for stories I had loved across the McCoy era were among the lowest Doctor Who had ever received. On top of that, the public seemed to think that my hero Sylvester was a joke, that the terrifying Kandyman (from The Happiness Patrol) was one of the most embarrassing thing ever seen on television and that the programme was ‘tired’ and ready to be put out of its misery. Which, in 1989, through no choice of its own, it was.

None of this made any sense! Had everyone been watching a different television show? I felt like I’d been taking crazy pills! How had they missed the wet-the-bed terrors of the Chief Clown (The Greatest Show in the Galaxy), or that time the Brigadier shot the Destroyer (Battlefield) or that awesome bit when the Dalek went up the bloody stairs (Remembrance of the Daleks)! 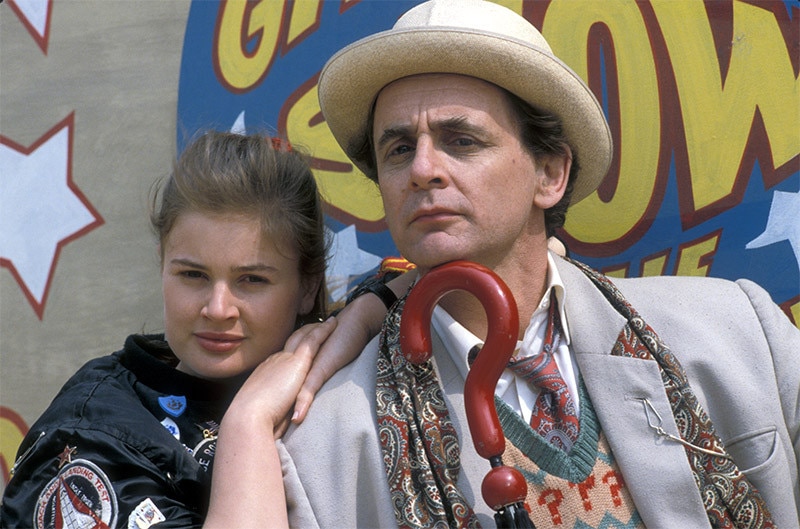 But no, people were still making jokes about the Daleks and stairs. I couldn’t understand it. And then it dawned on me. The public didn’t hate the McCoy era. They had just missed it. They were busy watching Coronation Street (ITV's long-running soap, up against the Doctor Who time slot). And it was their loss.

For a generation of primary school kids growing up in the late 80s, Doctor Who felt like the best thing on telly, because… well, it was. My classmates and I may have been living in a pro-McCoy bubble – but it was a very sensible bubble, because McCoy era Doctor Who was, and is, ruddy awesome.

Suddenly, after a few years of not knowing quite what to be, Doctor Who had a purpose, it had a spirit and a magic and it had a Blue Peter badge-wearing teenager blowing up things with a rocket launcher!

And it left a huge impression. For those late 80s kids, kids like me, Doctor Who meant as much as it had to the 7 year olds who watched Tom Baker in the mid-70s. They had jelly babies and Sarah Jane, we had the Kandyman and Ace. 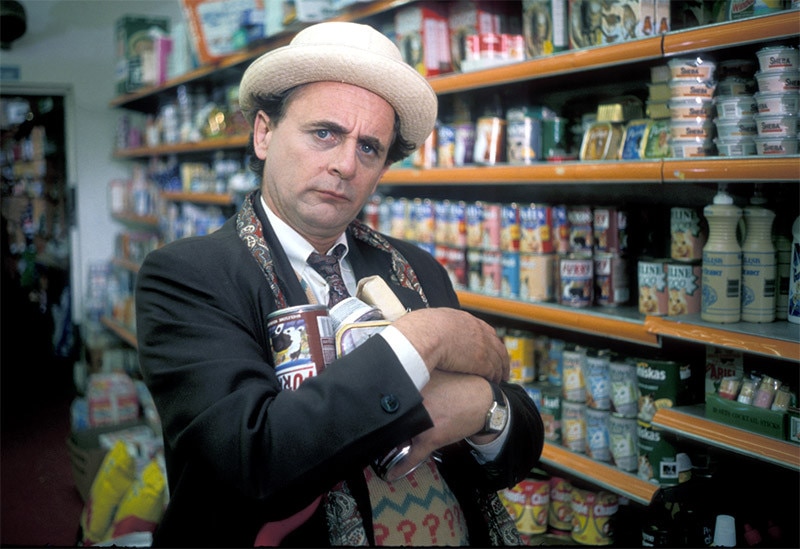 You think I’ve got my nostalgia goggles on, right? Well, yes, and no. Any era of Who burns itself into the memories (and nightmares) of the seven year olds watching, but I’ve re-watched the 87-89 run many times since, and I still believe the same thing – it’s wicked.

Now, I’m not daft, those three years are not without faults – certainly nobody would claim that the McCoy era arrived fully formed. Season 24 is a show in (sometimes painful) transition – Time and the Rani is a hot mess written for a different Doctor; Paradise Towers has a script that gives the first hints of cleverness and big ideas to come, but almost ruins it with a terrible production; then Delta and the Bannermen comes along and suddenly Doctor Who is a child again – a 24 year old show entirely energised once more; season 24 ends with Dragonfire, which – by introducing new companion Ace (played by Sophie Aldred), moves the pieces into place for the real dawn of the McCoy era.

Doctor Who’s last two seasons – 25 and 26 – represent one of the most diverse, imaginative, mad runs the show has ever achieved, and you don’t have to be 7 years old to appreciate that.

When season 25 kicked off in 1988 with Remembrance of the Daleks, the show was suddenly full of great ideas and striking visuals again. We’d be acting out scenes in the playground – somebody would be Ace beating up the poor kid essaying ‘Dalek’ with her imaginary baseball bat, somebody would be the scary possessed girl, some lucky blighter would be the Special Weapons Dalek, and then, of course, somebody was the Doctor. But watching it now, it’s still a terrific script (by Rivers of London’s Ben Aaronovitch) and production – and we have a new double act of of leads in Sylvester and Sophie who genuinely seem to love each other’s company. That’s the bedrock of any classic Who era, whether that be Two and Jamie, Four and Sarah Jane or Ten and Donna. 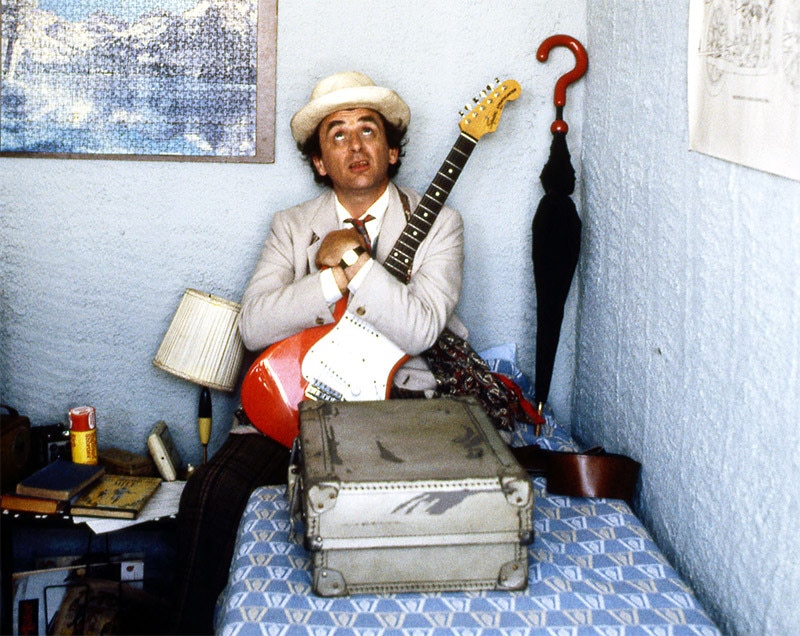 Doctor Who had its confidence back. Nobody was watching, but it didn’t seem to care! In script editor Andrew Cartmel, you had someone drawing his inspiration from comic books of the time, like Watchmen. The programme gained a more character-driven form, particularly in the way Ace develops and grows up. There’s a real attempt, with stories like Ghost Light, The Curse of Fenric and Survival, to flesh out and deepen the role of a Doctor Who ‘companion’. When Ace returns to her run-down home town in Survival and finds that all her old friends have vanished – it feels sad and real – totally alien to how Doctor Who might have done things in the past. It’s far closer to how the show returned in 2005.

As Sylvester settles into the role, we get a Doctor who mixes the best bits of the character and adds much that is unique to him. He can be ridiculous, charming, funny, mysterious, alien and ancient. He likes jazz, hates burnt toast and is probably planning to blow up your planet. Yes, watching him now, I prefer it when he doesn’t shout or roll his ‘R’s too much, but he is a fantastic Doctor. He is my Doctor.

The stories themselves could be satirical (The Happiness Patrol), surreal (The Greatest Show in the Galaxy) and action-packed (Battlefield). By the time they were making The Curse of Fenric, Doctor Who was not only attempting its first WW2 story, but marrying a multi-layered script with great production values. And Nicholas Parsons! 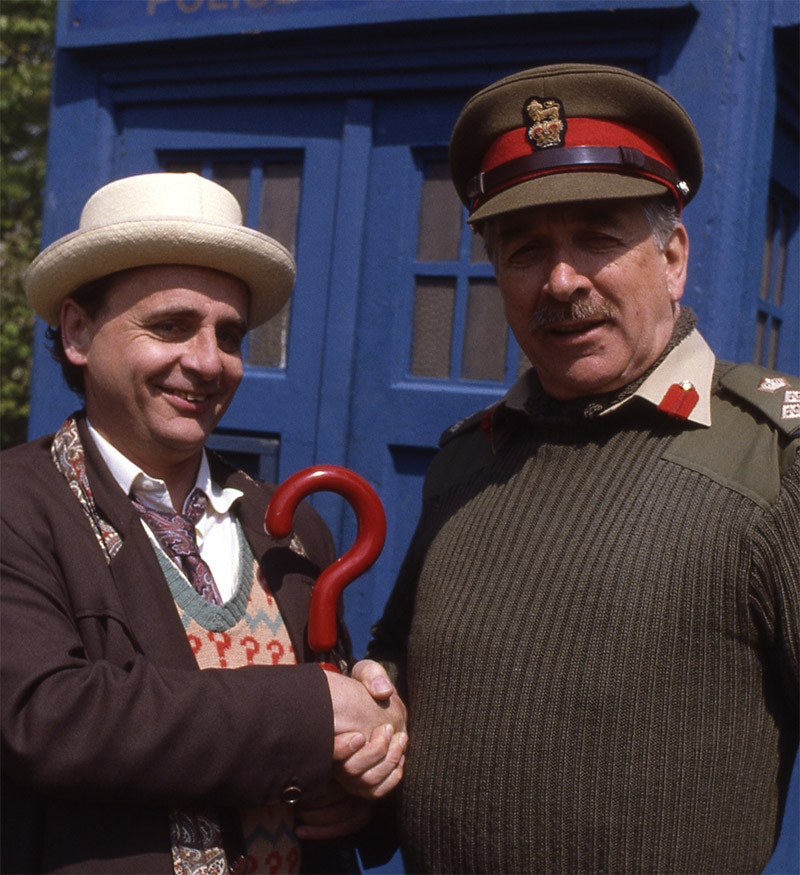 Also, I persist that the cliffhanger to Survival episode 2 – when Ace turns to reveal that she has become a reality-hopping cheetah person, and we know instantly that the Doctor will have to use his best friend to survive – is one of the most underrated and brilliant in the whole 50-odd year run.

And then it was gone. In 1989, after three years of unseen McCoy goodness, Doctor Who was killed off. It was at a creative peak it had rarely reached before, but nobody cared. Eight-year-old me patiently waited for a new season of Sylvester and Sophie – but it never came. Like young Amy Pond, I sat outside on my suitcase and my Doctor never came back. Well, not for a while anyway.

Today marks 30 years since the birth of this outstanding, underseen Doctor Who era. This makes me feel very old. But it also makes me want to watch Remembrance, or Greatest Show or Survival, right now. So I will. And remember what the fella said: somewhere there's danger, somewhere there's injustice, and somewhere else the tea is getting cold. Come on, Ace, we've got work to do! 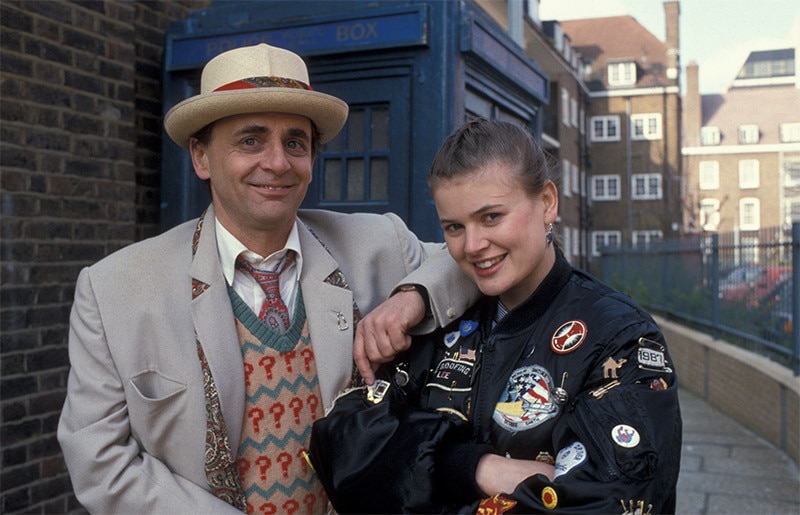 With special thanks to Chris Chapman.