From the iconic styles of every Doctor to the enemies they face, much of Doctor Who's legacy lies in its costumes. But how much work goes into adapting those looks from screen to stage?

Doctor Who: Time Fracture has a huge number of team members, in front of and behind the TARDIS. Read an interview with the wardrobe manager, Jen Clarke, below...

Tell us about your background working in the theatre industry.

I've got nearly 15 years professional working experience in Costume. I started by doing a degree in Costume in what was called the Arts Institute at Bournemouth at the time (now Arts University Bournemouth) specialising in men's tailoring. I worked for several years as a wardrobe assistant, wardrobe mistress and costume maker at Watford Palace Theatre and since then have worked as Deputy Wardrobe and the Head of Wardrobe on UK and international tours of West End shows.

Some of the most exciting places I've toured to are Cairo, Tel Aviv, Macao, Kuwait and Dubai, along with many less exotic European locations! I also made the Clockwork Robot costume that you may be lucky enough to spot wandering around.

What would a typical day in your role on Doctor Who: Time Fracture look like?

It is my job to make sure that all of the mending has been completed and that all of the laundry has been correctly washed, ironed and sorted by my two wonderful assistants and returned back to the right dressing rooms before each show - we estimate that we will be washing approximately 100 costumes each night!

I need to check that all 42 actors are dressed in their costumes correctly with all the right accessories and that they are comfortable at all times. Before and during the show I help the actors get dressed, some of them need more help than others - looking at you Cybermen!!!!! (it’s a workout!) Then afterwards I make sure that we've gathered all the laundry to begin it all again the next day.

Since beginning work on Time Fracture, what has been your biggest challenge?

With such a huge cast and crew one of the biggest initial challenges has been to learn everyone's names! Since then the most challenging thing has probably been creating the wardrobe department out of nothing. As this is a brand new show in a space that has never been used for theatre before its been fun getting everything together and creating something completely bespoke for the show and our needs.

Do you have any favourite moments in the show - that are particular relevant to your work on Time Fracture?

We get to do a really exciting quick change in pitch black at one point during the show - but I can't tell you much about it because it will ruin the surprise!!!

Where do you take creative inspiration for your work?

I've been really lucky to work with some fantastic people from fellow stage crew, to old heads of wardrobe and costume supervisors who have massively inspired me and the way I work. 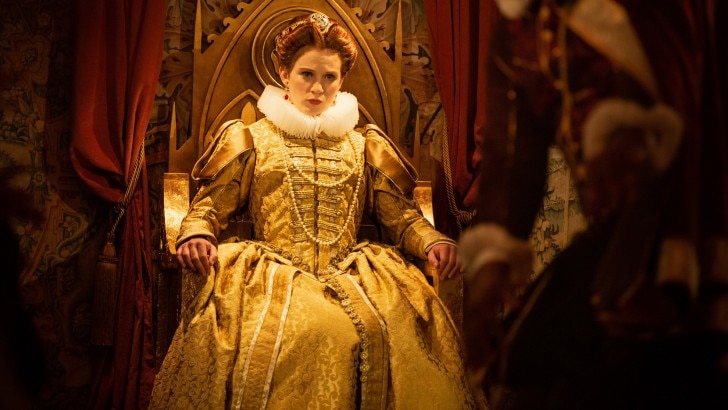 What’s it been like working with such a huge team of creatives for Time Fracture? Have you found any particular moments where your work has complimented another persons work?

Costume is so integral to a show. As soon as any performer puts on a costume they instantly transform and become a different character, even in the way they stand and hold themselves. That's the wonder of our job and it's so exciting to see!

What behind the scenes secrets can you offer us?

I could get the Silence to tell you, but then you wouldn't remember it anyway!

Who is your favourite Doctor?

Christopher Eccleston - he was the first Doctor I ever watched.

Do you prefer Jelly Babies or Jammie Dodgers?

Jelly Babies, because you have to decide whether you're going to bite their heads or their feet off first! - erm….. I don't know how this makes me sound!

What monster (featured in Time Fracture) scares you the most?

The Weeping Angels are properly scary.....although I bumped into Brian the Ood coming out of Wardrobe unexpectedly the other day and he made me jump! I'm still not quite used to turning the corner and seeing a random alien yet!

Have you ever tried Fish Fingers and Custard? Or, would you?

Are you a heathen!?!?!? How could you do that to perfectly good custard!

Do you have any memories of watching Doctor Who on television or personal connections to the series?

My dad was a childhood friend of Patrick Troughton's son and he used to go watch Doctor Who at Doctor Who's house!

How do you think audiences will feel leaving Time Fracture?

Hopefully exhilarated and totally geeked out having had a fun and adventurous experience!

Want to find out more? Book your tickets for Time Fracture now