The covers and titles of the first three Twelfth Doctor novels from BBC Books have been released.

Release the Doctor – or the killing will start.
An asteroid in the furthest reaches of space – the most secure prison for the most dangerous of criminals. The Governor is responsible for the cruelest murderers so he’s not impressed by the arrival of the man they’re calling the most dangerous criminal in the quadrant. But when the new prisoner immediately sets about trying to escape, and keeps trying, the Governor sets out to find out why. Who is the Doctor and what’s he really doing here? And who is the young woman who comes every day to visit him, only to be turned away by the guards? When the killing finally starts, the Governor begins to get his answers...

James Goss has written three Torchwood novels, a Doctor Who novel, and two radio plays, as well as a Being Human book. His Doctor Who audiobook Dead Air won Best Audiobook 2010. James also spent seven years working on the BBC’s Doctor Who website and co-wrote the website for Torchwood Series One. His books Dead of Winter and First Born were both nominated for the 2012 British Fantasy Society Awards.

Vastra and Strax and Jenny? Oh no, we don’t need to bother them. Trust me.
Marlowe Hapworth is found dead in his locked study, killed by an unknown assailant. This is a case for the Great Detective, Madame Vastra. Rick Bellamy, bare-knuckle boxer, has the life drawn out of him by a figure dressed as an undertaker. This angers Strax the Sontaran. The Carnival of Curiosities, a collection of bizarre and fascinating sideshows and performers. This is where Jenny Flint looks for answers. How are these things connected? And what does Orestes Milton, rich industrialist, have to do with it all? As the Doctor and Clara joint the hunt for the truth they find themselves thrust into a world where nothing and no one are what they seem.

Justin Richards is a celebrated writer and Creative Consultant to the BBC Books range of Doctor Who books and lives and works in Warwick with his wife and two children. When he’s not writing, he can be found indulging his passion for inventing, reading and watching far too much television. 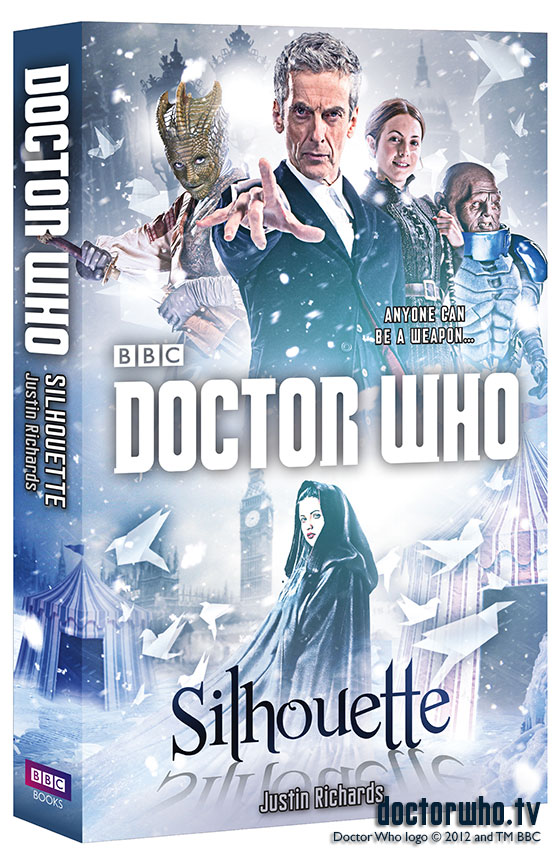 Well, I doubt you’ll ever see a bigger insect.
Gabby Nichols is putting her son to bed when she hears her daughter cry out. ‘Mummy there’s a daddy longlegs in my room!’ Then the screaming starts... Kevin Alperton is on his way to school when he is attacked by a mosquito. A big one. Then things get dangerous. But it isn’t the dead man cocooned inside a huge mass of web that worries the Doctor. It isn’t the swarming, mutated insects that make him nervous. With the village cut off from the outside world, and the insects becoming more and more dangerous, the Doctor knows that unless he can decode the strange symbols engraved on an ancient stone circle, and unravel a mystery dating back to the Second World War, no one is safe.

Mike Tucker is an author specialising in books for children and young adults, and has written several original Doctor Who novels, a number of Merlin novelisations, and original fiction for other shared universes. He has also written numerous factual books relating to film and television, including a history of the BBC’s Visual Effects Department, where he used to work. Alongside his writing, Mike works as a Visual Effects Designer, and his company - The Model Unit - recently won a BAFTA Craft Award for its miniature effects work on the 50th anniversary Doctor Who episode The Day of the Doctor. 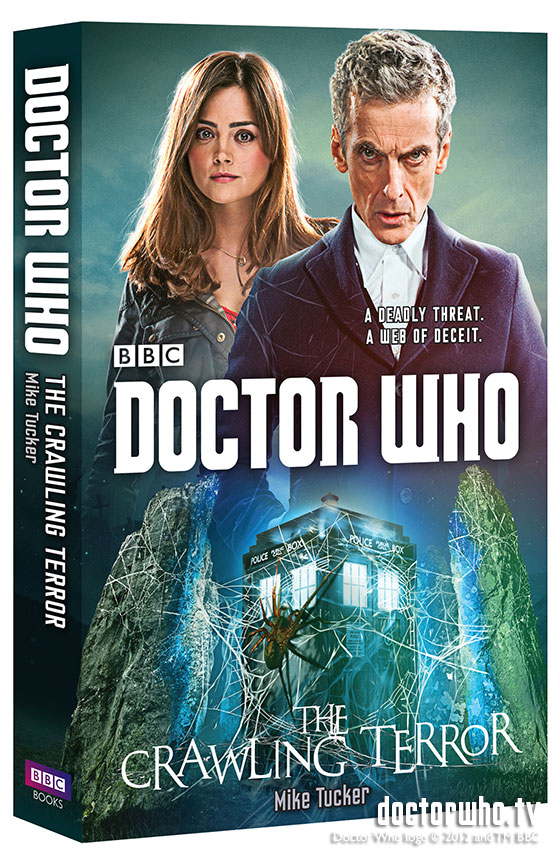