This month, Big Finish have delved into Christopher Eccleston era of Doctor Who for their latest box set, The Ninth Doctor Chronicles.

This four disc box set features the Ninth Doctor and Rose Tyler (who comes face to face with celebrated author Emily Brontë!) along with Jackie Tyler and Adam Mitchell (as played by Camille Coduri and Bruno Langley respectively).

The stories are narrated by Nicholas Briggs (voice of the Daleks and many more). Check out the synopses and cover art below.

Doctor Who: The Ninth Doctor Chronicles 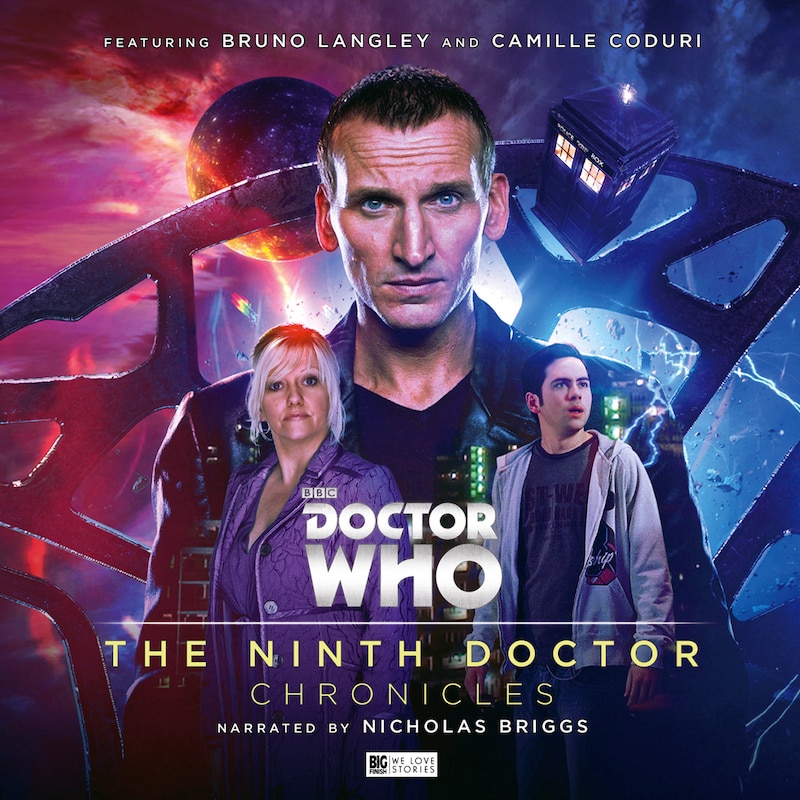 The Bleeding Heart by Cavan Scott
Galen is a place where people come to heal. The renowned ‘planet of peace’ seems the ideal venue for talks between two warring races. But when death disrupts the diplomacy, Cosmic Nine news reporter Adriana Jarsdel uncovers a different story. Luckily, someone is there to help. A battle-weary veteran from another war. The Doctor has come to Galen – but is he looking for peace, or something else entirely?

The Window on the Moor by Una McCormack
Emily and her sisters once told each other fables of warring kingdoms: wicked princes, noble dukes, and their battling armies. Now she wanders the moors of her childhood alone, remembering those tales. The TARDIS arrives amid a strange civil war, with prisons made of glass and cities stalked by terrifying beasts. As windows open between worlds, stories and storyteller meet, and Rose comes face to face with Emily Brontë.

The Other Side by Scott Handcock
Rose has invited a new friend on board the TARDIS, against the Doctor’s better judgement. But when the Time Lord tries to take his unwelcome guest home, a temporal tsunami cuts the journey short. The travellers find the source of the disturbance inside an abandoned cinema. Will Adam Mitchell help or hinder when the Doctor and Rose discover what is lurking on the other side of the screen?

Retail Therapy by James Goss
Jackie Tyler is a success. Every home should have a Glubby Glub, and Jackie is star saleswoman on the Powell Estate. At last, she’s found her calling and it’s only a matter of time before she can give Rose the life she deserves. But the Doctor isn’t impressed. Jackie Tyler isn’t just filling peoples’ houses with useless clutter. He believes she’s launching an alien invasion...