BBC Audio have released details of two new Doctor Who audio books coming out in June 2016, and both read by classic guest stars.

Doctor Who and the Claws of Axos was first released in 1977 and novelised by Terrance Dicks. It was based on the 1971 Third Doctor adventure, The Claws of Axos.

This unabridged audio book, amassing an impressive 3 hours and 40 minutes, is read by classic Doctor Who actor, Richard Franklin - UNIT's very own Captain Mike Yates, who also starred in the four-parter.

Check out the synopsis and cover below.

The creatures stood before them, offering friendship and their priceless Axonite, in return for - what? Only the Doctor remains suspicious. What is the real reason for the Axon’s sudden arrival on Earth?

And why is the evil Master a passenger on their spaceship? He very soon finds out...

The Doctor Who and the Claws of Axos audio book will be available as a four CD set and digital download from June 2, 2016.

Moving ahead in time some thirty years, and we take a visit to The Shalka Doctor, as played by Richard E Grant in the animated story, Scream of the Shalka, in 2003 - read more about this incarnation here.

Doctor Who: Scream of the Shalka is read by actor David Collings, guest star of such classic outings as Revenge of the Cybermen, The Robots of Death, and Mawdryn Undead (where his character claimed to be The Doctor!).

Written by Paul Cornell (the man behind the emotional 2005 episode, Father’s Day), this novel was first released in 2004, the following year of its original animated release online. This unabridged reading clocks in at a staggering 6 hours 45 mins!

Scream of the Shalka boasted an impressive cast, featuring: the aforementioned Richard E Grant (Dr Simeon in Doctor Who Series 7); Academy Award-nominated Sophie Okonedo (Liz Ten in Doctor Who Series 5); Derek Jacobi as The Master (he would return to this role in 2007’s Utopia); and an uncredited appearance from a young actor called David Tennant, whatever happened to him?

This animated adventure is available on DVD - click for full details.

Check out the cover and synopsis below. 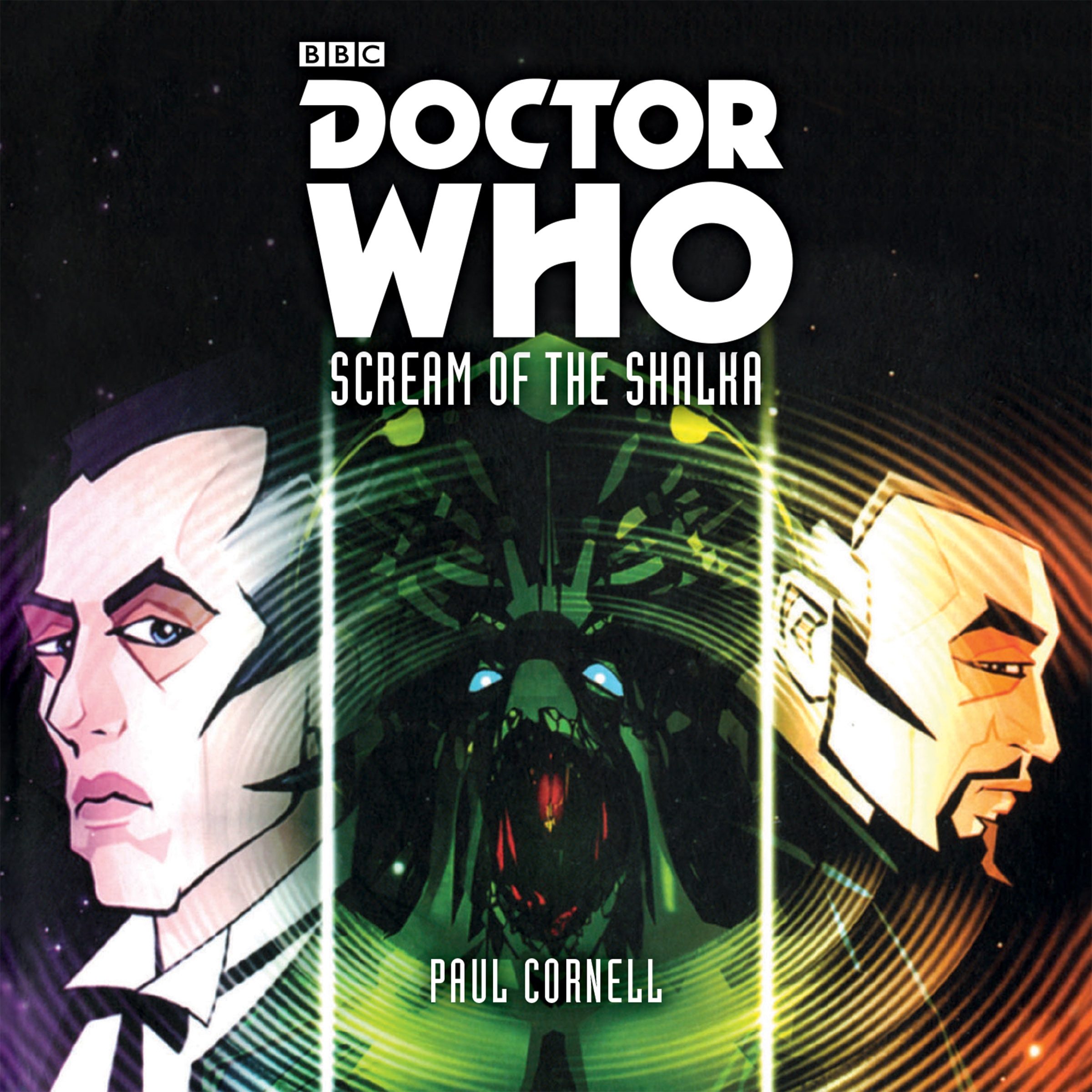 When the Doctor lands his TARDIS in the Lancashire town of Lannet, in the present day, he finds that something is terribly wrong. The people are scared. They don't like going out onto the streets at night, they don't like making too much noise, and they certainly don't like strangers asking too many questions.

What alien force has invaded the town? Why is it watching barmaid Alison Cheney? And what plans does it have for the future of the planet Earth?

The Doctor is helped (and hindered) by his new military liaison Major Kennet and his Royal Green Jacket troop. His old enemy the Master also plays a small part. During the course of this adventure he encounters a brand new race of ferocious alien monsters, and strikes up a friendship with his latest companion, Alison.

While starting with a small community under threat, this old-fashioned, very traditional but very up to date Doctor Who adventure takes in the entire world, from New Zealand to India, Siberia to the USA, and cosmic expanses beyond.

The Doctor Who: Scream of the Shalka audio book will be available as a six CD set and digital download from June 2, 2016.