BBC Worldwide has announced details of an animated version of classic Doctor Who story, The Power of the Daleks, starring Patrick Troughton as the Second Doctor and featuring his most fearsome foes from Skaro.

This classic Dalek adventure, featuring Troughton’s debut as the Doctor, will be released later this year on BBC Store, exactly 50 years to the minute after it was first transmitted on BBC One (November 5), and then on DVD.

Register your interest in the BBC Store download here. (UK ONLY)

It's one of the Doctor’s most celebrated adventures and yet no complete film recordings of The Power of the Daleks are known to have survived. The master negatives were destroyed in an archive purge in 1974.

But BBC Worldwide has announced that a brand new black and white animation based on the programme's original audio recordings, surviving photographs and film clips will be released 50 years to the day after its only UK broadcast on BBC One.

Watch the trailer below:

The Power of the Daleks is being produced by the team behind the highly successful animation of lost Dad’s Army episode A Stripe For Frazer, first released on BBC Store in February this year. The producer and director is Charles Norton, with character designs from acclaimed comic book artists Martin Geraghty and Adrian Salmon. Charles says:

“The Power of the Daleks animation is the most ambitious Doctor Who archive restoration ever attempted and we’re all very honoured to be a part of such a an exciting project. Intelligent, suspenseful and magnificently staged, Power of the Daleks is one of the great lost classics of 1960s television and a superb example of the black and white era at its finest.” 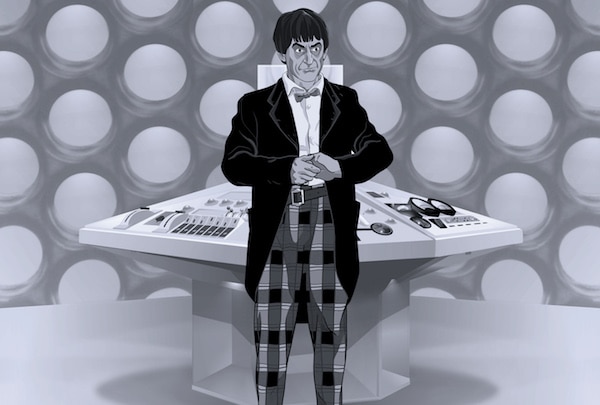 “Charles and his team are remarkably talented and passionate about Doctor Who and we are thrilled that fans will soon be able to enjoy this rather sinister but wonderful, classic story.”

The Power Of The Daleks will be released on BBC Store on Saturday, November 5 followed by the DVD on Monday, November 21, 2016.

Register your interest in the BBC Store download here. 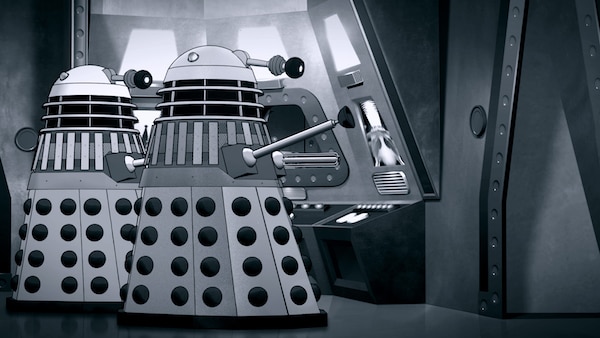 Also, on November 5 there will be a special screening of episodes 1-3 from The Power of the Daleks at BFI Southbank, London which will include a Q&A with Anneke Wills, Charles Norton and Frazer Hines. Further information will be available from bfi.org.uk from Monday, September 19, 2016.

Fans in America note that The Power of the Daleks airs Saturday, November 19 on BBC AMERICA and will be available the following day to stream on BBCAmerica.com and the BBC AMERICA app.