Next month not only sees the return of Doctor Who to television, it also sees the publication of three original novels featuring The Twelfth Doctor, as played by Peter Capaldi.

The three books, which feature new companion Bill (Pearl Mackie) and the return of Nardole (Matt Lucas), hit shelves on April 20 and are avilable for pre-order now (see links below).

We have all the details and stunning artwork below.

For over fifteen years the crew of Kollo-Zarnista Mining Facility 27 has been extracting diamonds from deep within the atmosphere of Saturn, diamonds that help to fund the ever-expanding Human Empire. But when a mining operation goes wrong, a rescue mission must be launched to save a worker lost overboard, a worker who claims that he has seen something amongst the swirling clouds.

Something that can’t possibly exist.

When the Doctor and Bill arrive, they immediately find themselves caught between hostile miners, suspicious security guards and corrupt company officials as they face accusations of sabotage and diamond theft.

And below them, in the crushing atmosphere of the gas giant, something is starting to rise. 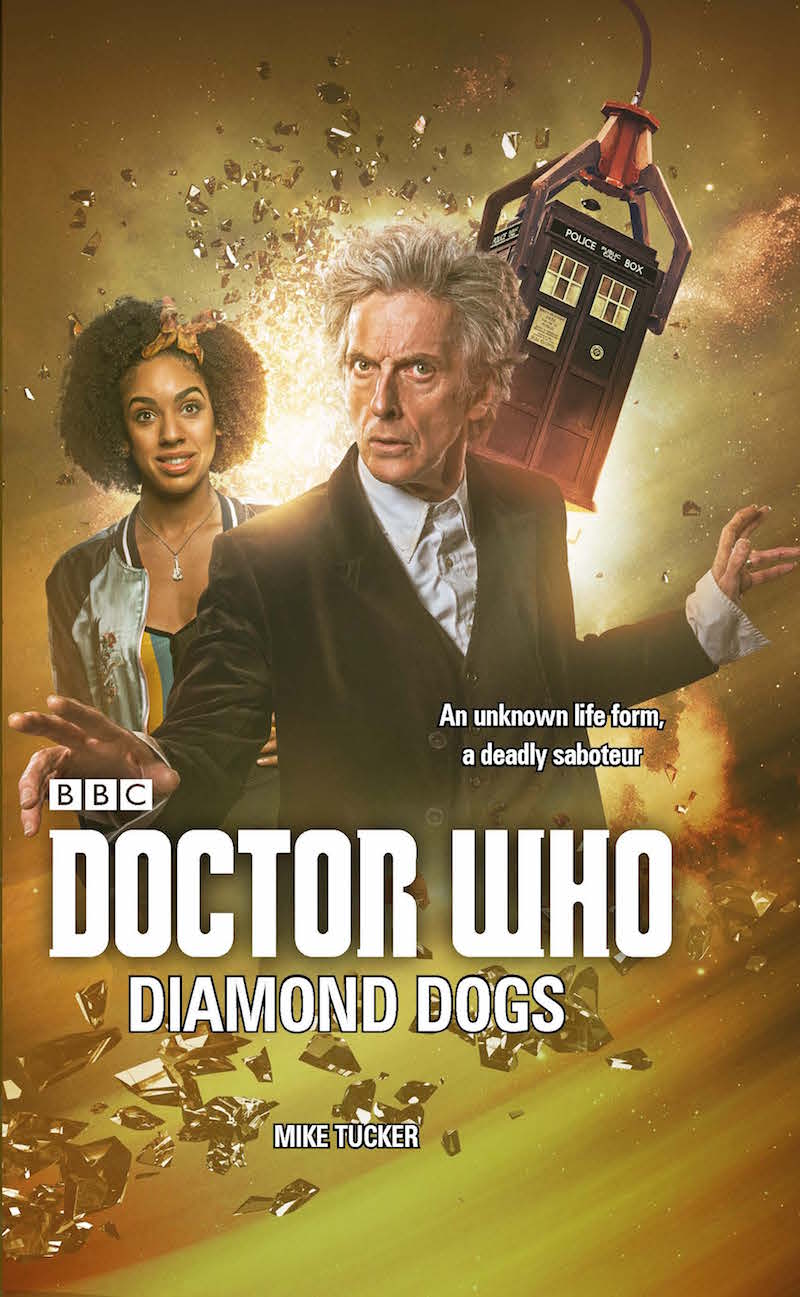 The year is 1645, and Edinburgh is in the grip of the worst plague in its history. Nobody knows who will be the next to succumb – nobody except the Night Doctor, a masked figure that stalks the streets, seeking out those who will not live to see another day.

But death is not the end. The Doctor, Bill and Nardole discover that the living are being haunted by the recently departed – by ghosts that do not know they are dead. And there are other creatures lurking in the shadows, slithering, creeping creatures filled with an insatiable hunger.

The Doctor and his friends must face the terrifying secret of the Street of Sorrows – that something which has lain dormant for two hundred million years is due to destroy the entire city... 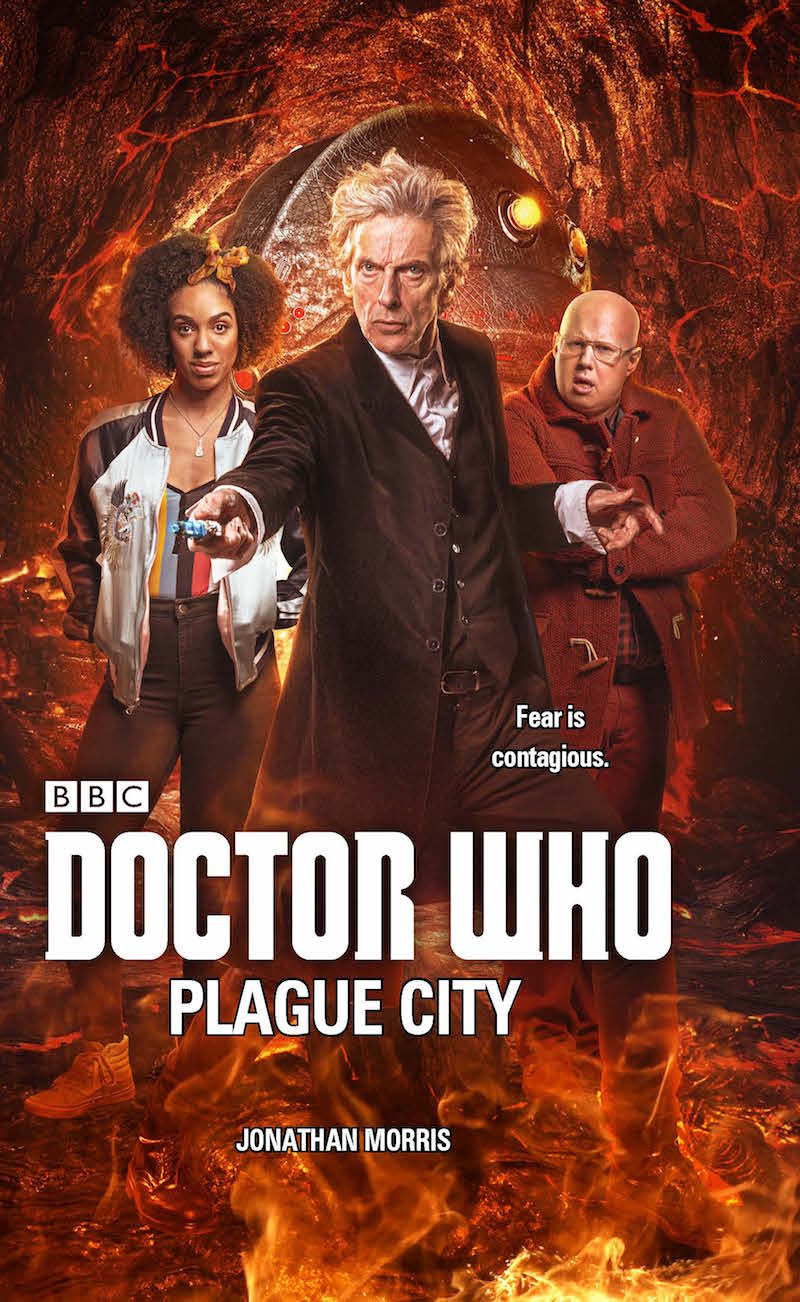 “Being scared is the least of your worries.”

The Shining Men are everywhere. You spot them out of the corner of your eye. Abnormally tall, with long lank hair, blank faces and blazing eyes. If they catch you, they’ll drag you away to who knows where. No one is safe. They’re on every street corner. Waiting. Watching. Shining bright.

Of course it’s a hoax. It has to be, right? It started as a joke, a prank for Halloween. Then it went viral. Idiots dressing up as monsters. Giving folk a scare. Silly masks and fright wigs. No one gets hurt. Because bogeymen aren’t real.

Until people start going missing and lights burn in the darkness. Burning like eyes. But help is on its way, in the form of a strange man called the Doctor and his friend, Bill. 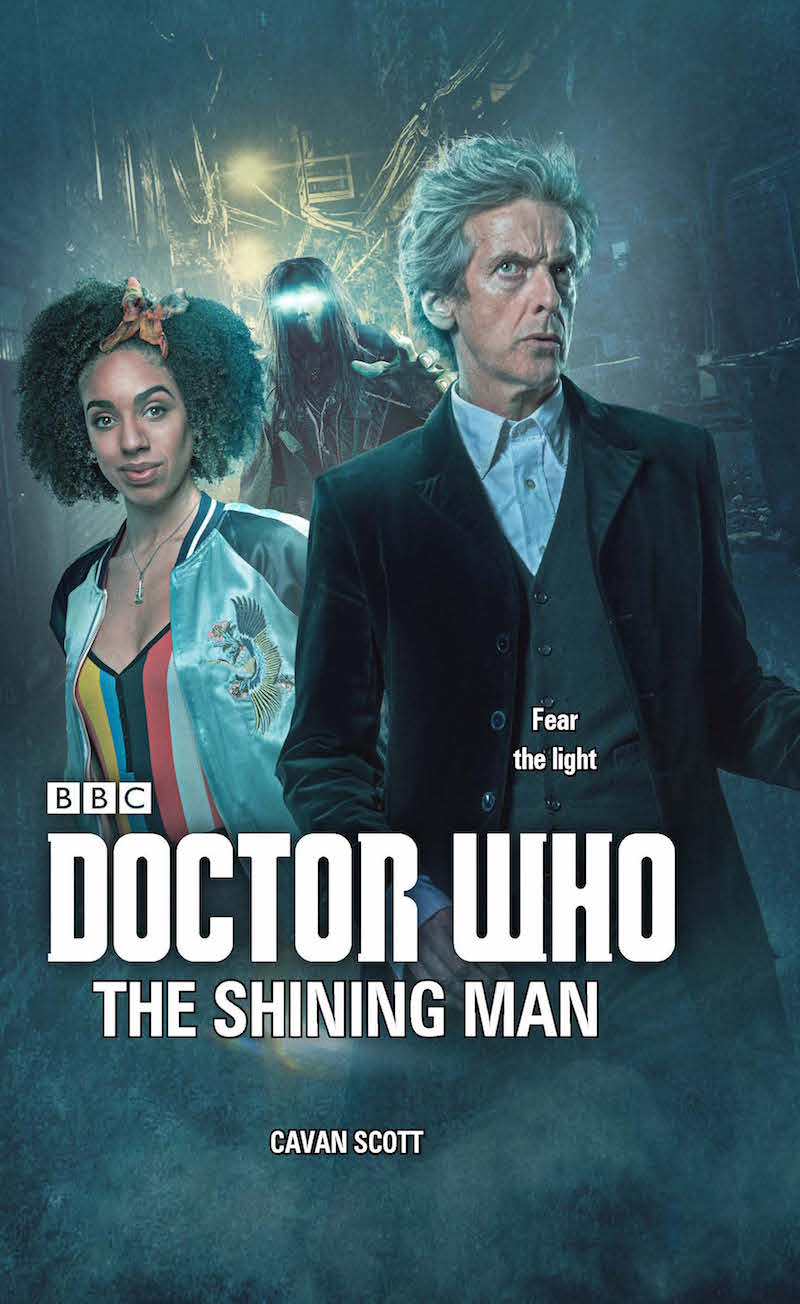