We cover what happened between January and June in Doctor Who's 50th anniversary year!

Reeling from the death of the Victorian Clara Oswald at the end of The Snowmen, fans could be heartened by the news that David Bradley had been cast as William Hartnell for Doctor Who origins drama An Adventure in Space and Time: 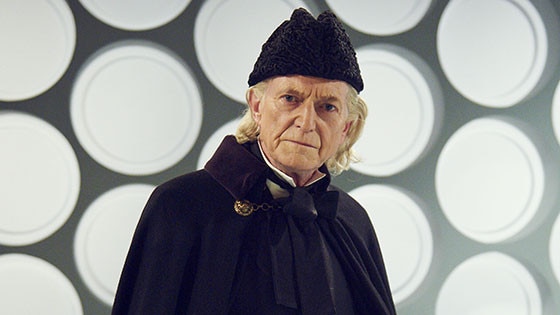 Speaking of the drama, Bradley said, "Mark [Gatiss] has written such a wonderful script not only about the birth of a cultural phenomenon, but a moment in television’s history. William Hartnell was one of the finest character actors of our time and as a fan I want to make sure that I do him justice. I’m so looking forward to getting started."

January also saw the launch of a range of 11 short stories - one from each Doctor, released monthly - written by an amazing roster of children's authors, including Neil Gaiman, Eoin Colfer, Malorie Blackman and Charlie Higson.

The month began with some exciting news about the 50th anniversary special - or more specifically, how many dimensions it would be filmed in.

Filming was well underway on origins drama An Adventure in Space and Time - with locations in the now-closed BBC Television Centre, as well as recreating a scene from The Dalek Invasion of Earth in central London.

To celebrate 50 years of travels in space and time, the Royal Mail created a set of stamps featuring the faces of all eleven Doctors, and a few of his greatest foes. The Fourth, Fifth and Eighth Doctors were on hand for their launch after an extraordinary response from fans.

Meanwhile, on television, the Doctor was about to meet another Clara, as Series 7 Part 2 reached our screens with The Bells of Saint John:

While the Doctor and Clara visited Akhaten, Caliburn House and the centre of the TARDIS itself, more 50th anniversary news was coming in - this time, it was announced that the Zygons, shape-shifting monsters not seen since 1975, would be returning.

May kicked off with a group of wonderfully philanthropic Doctor Who fans buying 11,000 old novelisations and offering them to schools to help boost reading. To date, over 5000 have been distributed to schoolchildren around the world.

The series was celebrated "as a cultural ambassador for British television the world over" when it received an Institutional Peabody Award (see Steven Moffat's acceptance speech). They described Doctor Who as "like nothing else in the known television universe", making "iconic contributions to [...] pop culture".

It was also the month that saw the Doctor step into his own "time wound" on Trenzalore, and reveal to Clara his secret - a previously unknown incarnation. A world gaped at their televisions - "Introducing John Hurt as the Doctor":

Starting June with a bang was the Vivid Sydney festival, where an extraordinary Doctor Who light and sound show was projected onto Customs House in Sydney Harbour. 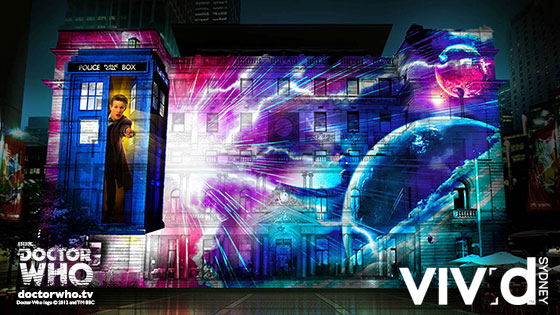 Then came some very sad news: Matt Smith announced that he was hanging up his fez, and leaving Doctor Who at the end of the year. But it did give Matt an excuse to make this very sweet goodbye video:

Read part two for Bart Simpson, Peter Capaldi, and Yeti in the Underground »