Celebrating its 20th anniversary this week is the first appearance of the Eighth Doctor, as played by Paul McGann, in Doctor Who.

This special episode was the only piece of new televised Doctor Who available in that dark decade known as the Nineties (unless you count charity specials Dimensions In Time and The Curse of Fatal Death).

So let’s have a look back to 1996 and celebrate with 20 amazing facts about the TV Movie. 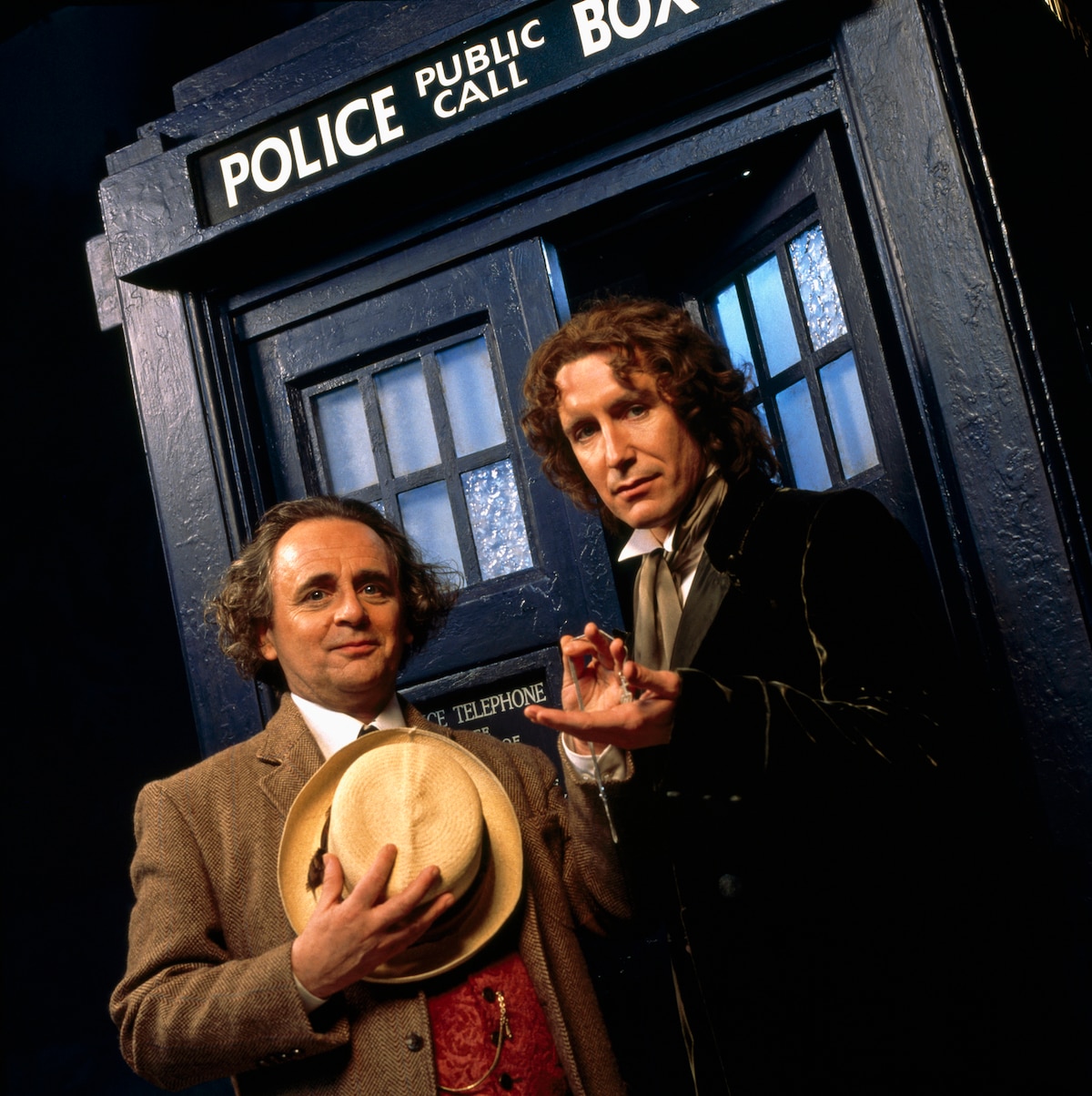 1. The episode first aired on television in Canada! May 12 was its debut. Two days later it was broadcast in the U.S., and was up against the popular sitcom, Roseanne.

2. It finally came to UK screens, after it was released on VHS (older readers may remember video tapes, a precursor to DVD and bluray), on May 27 - a Bank Holiday Monday.

3. The episode included a dedication to Third Doctor actor Jon Pertwee, who sadly passed away one week before at the age of 76.

4. The brother of Academy Award-winning actress Julia Roberts played The Master (pictured above). Eric Roberts is also known for his role as Sal Maroni in the Batman movie, The Dark Knight (2008).

5. It was the first Doctor Who episode to be shot completely outside the UK, and still remains so to this day. Filming took place in Vancouver, Canada.

6. The TV Movie title is actually just "Doctor Who"!

7. Like First Doctor William Hartnell before him, Paul McGann wore a wig when playing the errant Time Lord.

8. Although regeneration stories tend to feature the changeover between actors at the end of the story, the TV Movie sees the Seventh Doctor, played by Sylvester McCoy (pictured below with Paul McGann), regenerate into the Eighth some twenty-one minutes or so into the episode. Coincidentally, McCoy's first Doctor Who adventure, Time and the Rani, featured a regeneration at the very start of the story.

9. The UK transmission omitted several scenes included in the North American transmission: Chang Lee’s two friends being shot and killed near the beginning; a number of brief moments during the operating scene (including a final death scream from McCoy); and the Master’s violence (removing the sound of Bruce’s wife neck being broken and removing a close-up of him twisting Chang Lee’s head).

10. Somewhat controversially, the Doctor reveals he is half human - on his mother's side. Possibly he was joking, though The Master reckoned his fellow Time Lord's retinal scan revealed the same fact. More controversy to come!

11. The opening narration from Paul McGann mentions the Dalek home world Skaro, and the Master! If you listen closely, you can hear the Daleks exterminate the renegade Time Lord.

12. Like the majority of Doctor Who episodes post-2005, the TV Movie utilised a pre-credits scene - a rarity in the classic era (other stories pre-2005 to do this include 1982's Castrovalva and 1988's Remembrance of the Daleks).

14. More controversy, instead of using the phrase "chameleon circuit" to describe how the TARDIS is in the state it's in, the Doctor refers to it as a "cloaking device'!

15. The Eye of Harmony was established to be on Gallifrey in 1976's The Deadly Assassin but is now inside the TARDIS. The 2013 episode Journey To The Centre Of The TARDIS corroborates this.

16. The Seventh Doctor can be spotted reading the H.G. Wells' novel, The Time Machine. (In the 1973 adventure Frontier In Space, The Master reads The War Of The Worlds, another one of Wells' classics.)

17. In the morgue, you can spot the 1931 film version of Frankenstein playing on a television. An android version of Frankenstein's monster was seen in First Doctor adventure, The Chase, as part of the Festival of Ghana - which, eerily, was set in 1996! (In an another wibbly-wobbly coincidence, actor Peter Cushing played both Baron Frankenstein and a character known as “Dr. Who” in two separate films series in the Sixties.)\

18. Another controversial moment - the Doctor locks lips with his new friend Dr. Grace Holloway. A first for Doctor Who.

19. The Thick Of It star Peter Capaldi admitted that he turned down the chance to audition for the role of the Eighth Doctor! Whatever happened to him?

20. The TV Movie is over 85 minutes long which makes it the second longest episode of Doctor Who ever - the longest being 1983's The Five Doctors (which runs at approximately 89 minutes). Post-2005, the longest episode is 2013's The Day Of The Doctor, sitting at 77 minutes.