The days are getting shorter, decorations are going up... it can only mean one thing, it’s alien invasion time! Or, as it’s more commonly known, Christmas.

Not only has the Doctor foiled many alien attacks on December 25th, but Christmas marks a multitude of key events in the Doctor’s life. Here are twelve moments that took place during the most wonderful time of the year. 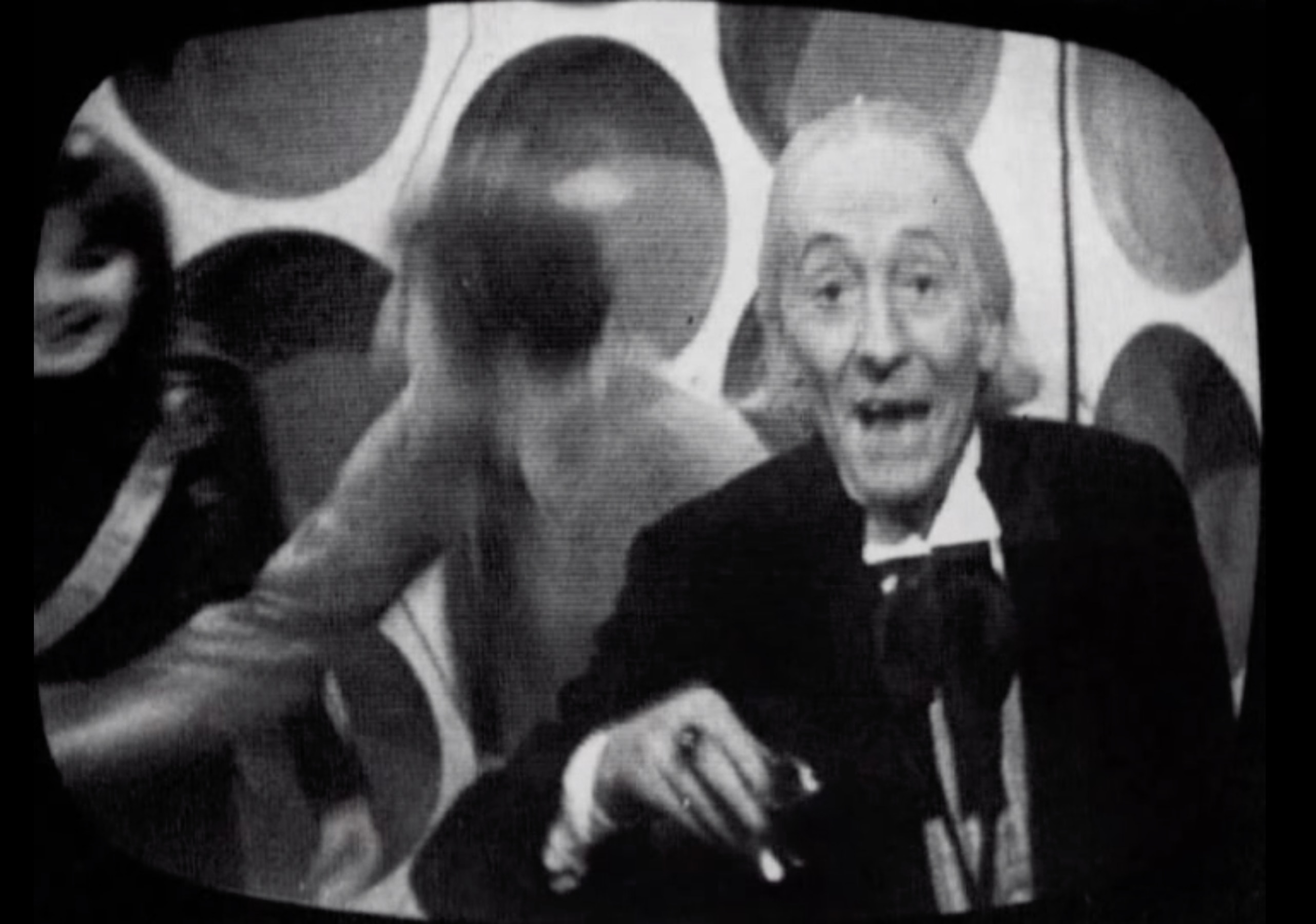 Although it was the first episode of Doctor Who to air on Christmas Day, The Feast of Steven wasn’t a Christmas special like those that would kick off in 2005. It was episode seven of the twelve part epic The Daleks' Master Plan, but it introduced some much-needed comic relief in what was primarily a dramatic story of the Daleks’ plan to invade and destroy the cosmos!

This is also a special episode as it is the only time the Doctor has broken the fourth wall and addressed the audience directly, wishing us all a merry Christmas! If only the episode wasn’t lost to time…

Christmas 2009 was a scary and exciting time for Doctor Who fans, as the first of David Tennant’s final two-part story premiered. The Doctor began his final fight against his recently resurrected arch-foe, the Master! The two Time Lords fought for the control of the Earth, while a bigger foe manipulated events behind the scenes. The concluding episode went out on New Year’s Day 2010 and ushered in a new era for Doctor Who when the Eleventh Doctor took control of the TARDIS.

The Unquiet Dead feels like a Christmas special, although it aired in April as the second adventure in space and time for the Ninth Doctor and Rose. In Cardiff, Christmas Eve 1869, there’s snow on the streets, Charles Dickens is giving a public reading and gassy ghost monsters are possessing the dead. Not everything is as simple as it appears and the Doctor and Rose team up with Dickens to get to the bottom of these hauntings.

The story was heavily inspired by the works of Dickens, but it wouldn’t be the last. Another Christmas tale drew more directly from another of his stories…

Not only did the Doctor team up with Charles Dickens, he also found himself in a situation that echoed one of Dickens’ most famous stories. The Doctor had to act as the ghosts of Christmases past, present and future in an attempt to change the mind of the miserly Kazran Sardick, who was happy to let a spaceship with Amy and Rory aboard crash! This was a timey-wimey tale with heart, peril and sharks that soar through the sky – perfect for Christmas day.

Christmas is a time to be reunited with your family and in The Doctor, the Widow and the Wardrobe, the Doctor helped two separate families come together.

The first was the Arwell family in 1941. Having lost his way when returning home from a bombing run, Reg Arwell thought he wasn’t going to make it, but when the Doctor’s around, you can be sure of a Christmas miracle or two! The second reunion was a more personal affair. The Doctor visited Amy and Rory at Christmas and had the awkward task of explaining how he wasn’t dead, after all.

Clara had burst into the Doctor’s life sooner than we’d expected when a version of her, Oswin Oswald, helped the Doctor, Amy and Rory survive the Asylum of the Daleks. Only problem was, Oswin died helping them.

In a seemingly impossible twist, the Doctor met Clara ‘Oswin’ Oswald in Victorian London, but she had no idea who he was! Clara would continue to be impossible for the rest of her days…

However, when it came to his final bow, the Doctor received help from his own home planet of Gallifrey, with explosive results! The Doctor saved Christmas on Christmas Day once again.

Are you on the naughty or nice list? The Doctor found out which one he was on when he crossed paths with Father Christmas himself, Santa Claus! Although Santa and the Doctor had an initially frosty relationship, their relationship thawed over the course of their time together. The two of them had a vital mission, to save the life of Clara Oswald!

The story of Professor River Song that began in Silence in the Library finally came to an end in The Husbands of River Song. We’d seen River’s birth, death and many of her adventures in-between, but not in the regular order! It had all been leading up to one final night on the planet Darillium and it couldn’t be avoided any longer. However, as it often is when the Doctor’s involved, not everything was as it seems…

What’s better than one Doctor? Lots of Doctors! Refusing to regenerate, the Twelfth Doctor landed at the South Pole where he met the First Doctor, played by the superb David Bradley, who also didn’t want to change! The two Doctors had to team up to return a World War One captain to the frontline on Christmas Day, 1914.

However, they weren’t the only Doctors to feature… Twice Upon a Time gave us the debut of the brilliant Thirteenth Doctor!

From Doctor Who to all, we wish you a merry Christmas and a VERY happy New Year!