We've been rewatching Doctor Who Series 10 all over again now the complete boxset is out on DVD and blu-ray.

The adventures of the Twelfth Doctor, Bill Potts and Nardole – played by Peter Capaldi, Pearl Mackie and Matt Lucas respectively – were loved by fans and audiences worldwide.

Although the series had a dramatic and heartbreaking finale, the episodes were packed full of hilarious one-liners from the Doctor and his chums. 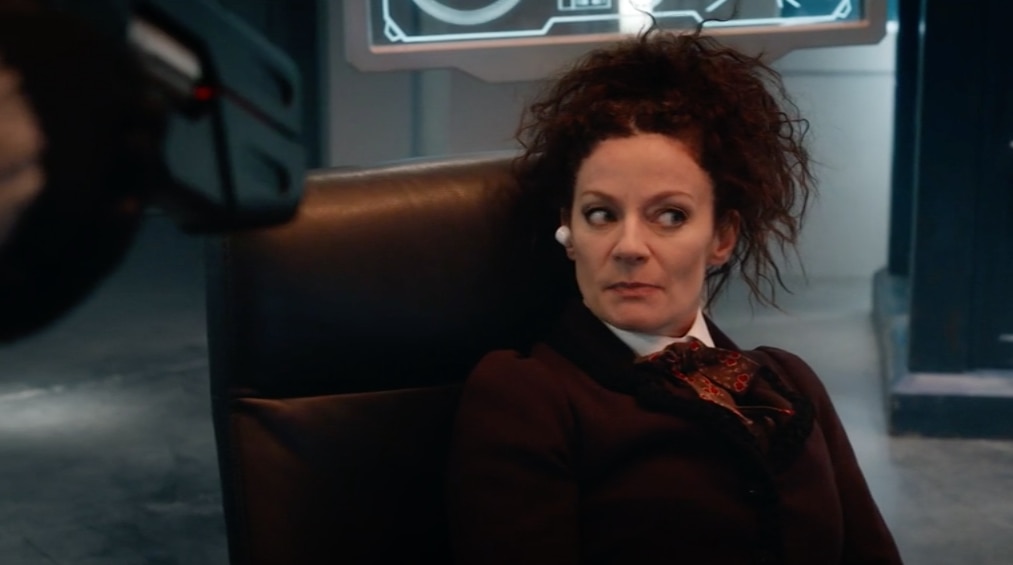 “Is this the emotion you humans call spanking?“

They say the devil has all the best tunes.

Well, in Doctor Who, it’s certainly the devilish that get the best lines – we could have packed this Top 10 with one-liners from Missy alone. Such is her regular hilarity.

This is a beauty from the opening moments of this year’s two-part finale when she’s enjoying playing Doctor Who. 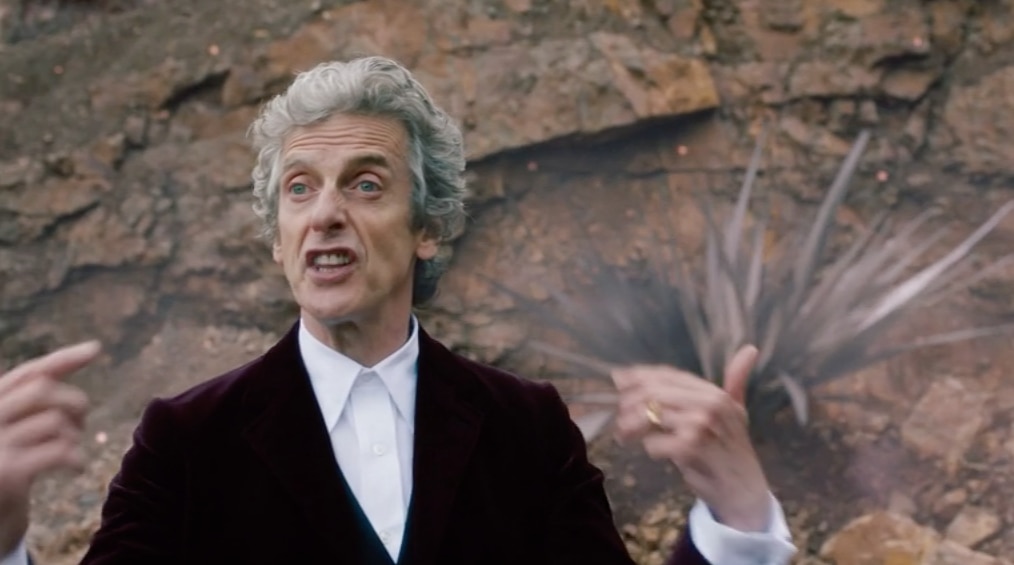 “Do you think your bacon sandwich loves you back?”

In the midst of traveling to the other side of the universe with Bill for the first time, the Doctor takes time to educate his new companion on the reality of the universe. After explaining that not everything in space is “evil” but, in fact, hungry, the Time Lord says,”Hunger looks very much like evil from the other end of the cutlery. Do you think your bacon sandwich loves you back?”

On a similar note, in World Enough And Time the Gallifreyan asks Bill if she’s enjoying her bacon sandwich. When she asks why, he retorts: “Because it had a mummy and a daddy. Go tell a pig about your moral high ground.” 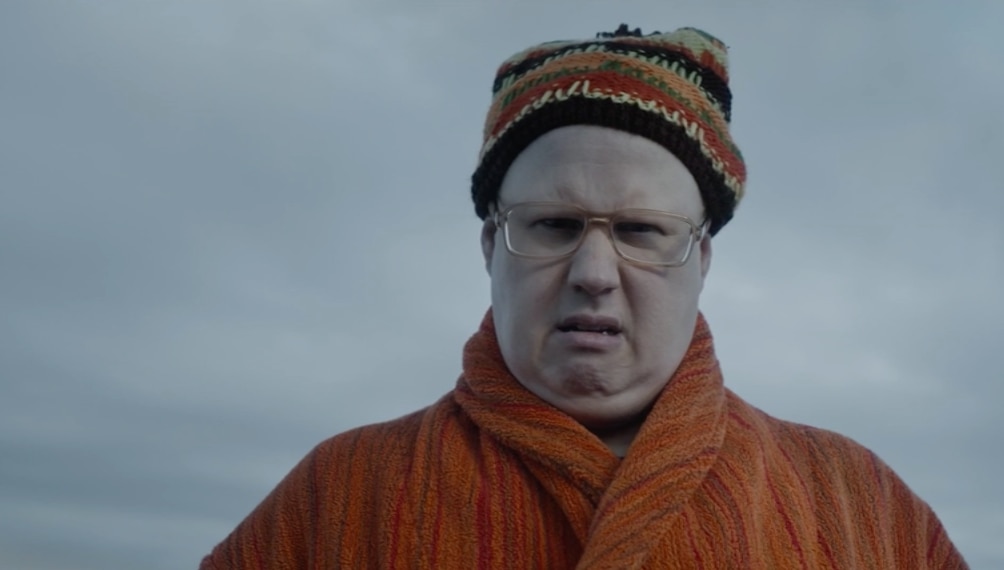 The Eaters Of Light

This damming put-down from Nardole is a riposte to the Doctor’s statement in the Scottish episode, “A complete and total absence of any kind of sunlight.”

We’ll forgive the sentiment as the story was penned by Scottish writer Rona Munro (check out our Doctor Who Guide To Scotland ). 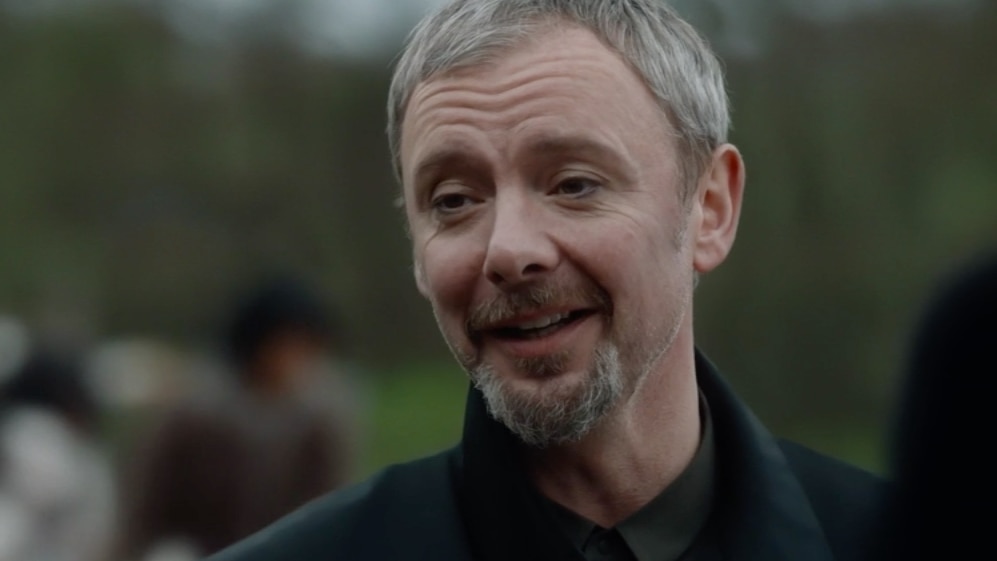 The Master is a cruel old being. After turning the Doctor’s friend Bill into Cyberman he offers no remorse for his actions and callously refers to her as “robo mop”. In fairness to the renegade Time Lord, he did say it to her face and not behind her back.

Regardless, “robo mop” did induce a snigger around the world. 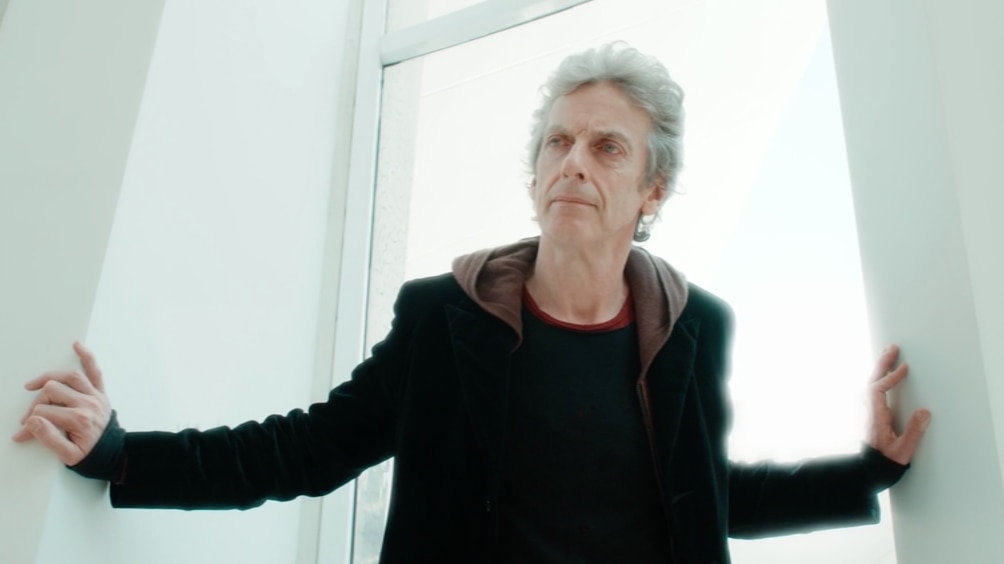 “I met an emperor made of algae once. He fancied me. ”

Whilst treating new companion Bill to her first outer space meal, some lovely blue flavoured algae, the Doctor reminisced about the impression he once made on emperor made of algae.

He does seem to be lamenting a lost love… 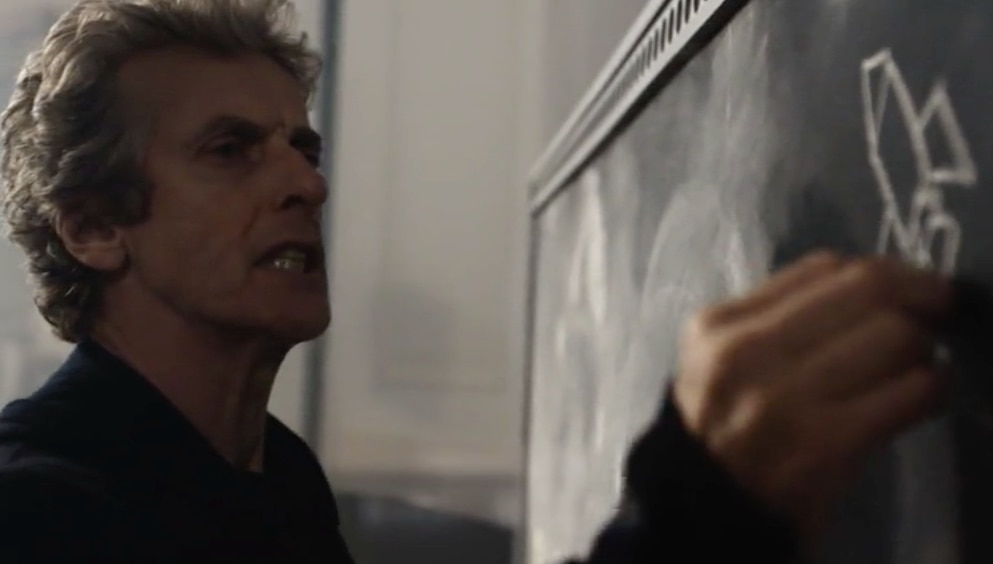 “Space, the final frontier. Final, because it wants to kill us.”

Cheery way to open a lecture, but this nod to another long-running science-fiction television series, Star Trek, made us chuckle.

This was the iconic opening to the show from Captain James T Kirk (in the original Sixties series) and, in a very honest British way, the Doctor informs us just why it’s final.

And, as we discovered in the episode, space did indeed want to kill them. And also space zombies too. 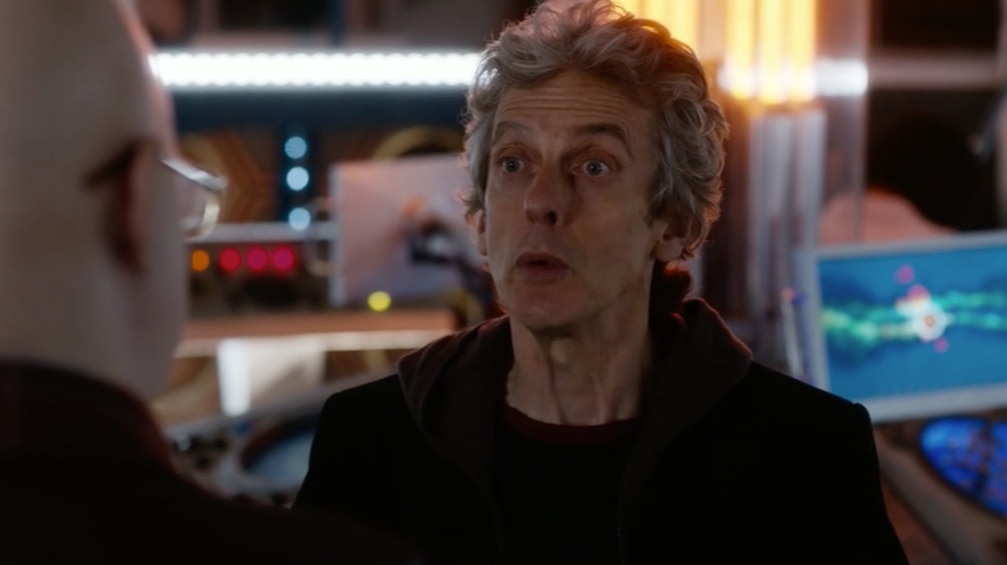 Nardole scolds the Gallifreyan when he finds the TARDIS has moved at St. Luke’s University but we love the Doctor’s response. Well, he is getting on a bit and he has ran down a few corridors in his time.

Amusingly, in real life, both Eleventh Doctor actor Matt Smith and Twelfth Doctor actor Peter Capaldi did suffer leg injuries (though not too serious) while working on Doctor Who. 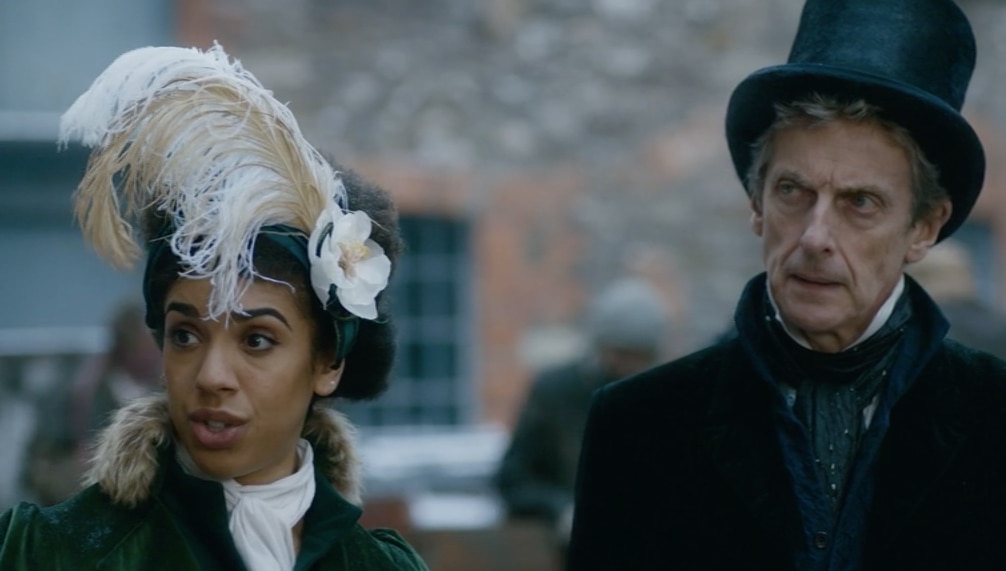 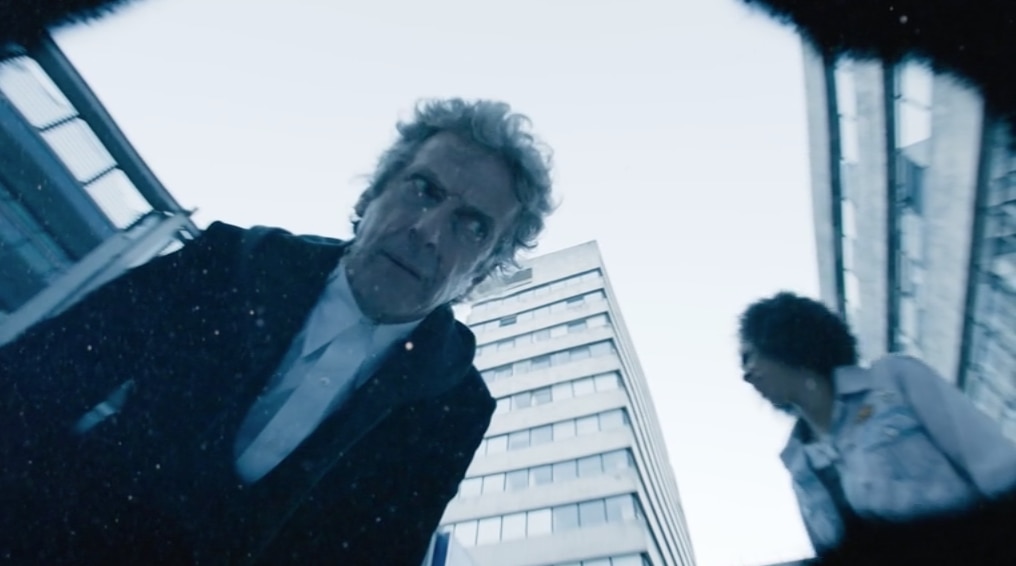 “Penguin with its arse on fire.”

Probably the most unusual description for the Doctor we’ve heard (though the Eleventh Doctor’s “drunk giraffe” comes a close second), Bill lays it on pretty quickly in her first outing with her new friend.

She is, of course refereeing to the Time Lord’s running style and she’s curious as to why he’s adopted such a technique. His answer? Ergonomics. 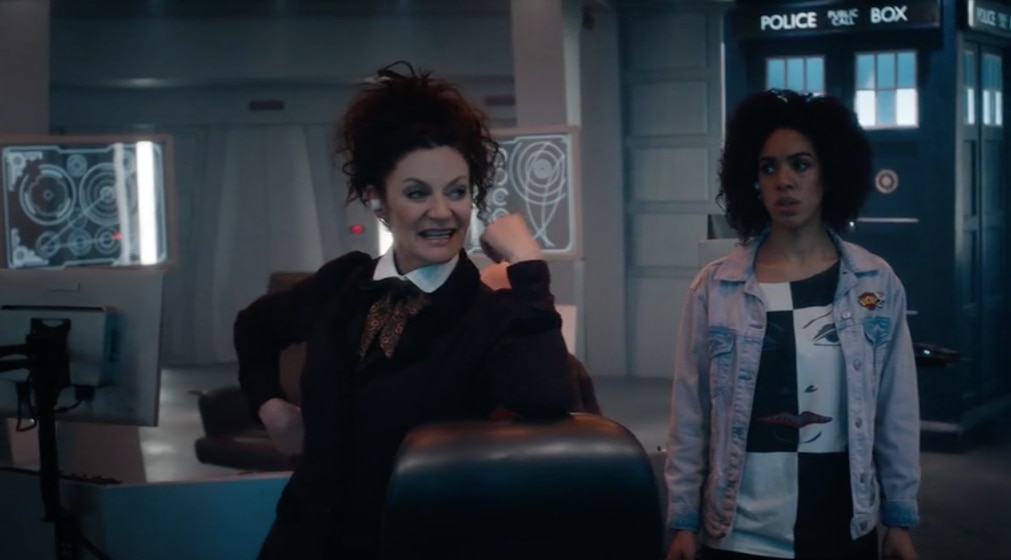 “These are my disposables: exposition and comic relief.”

And, as we began, the final word goes to Missy in yet another episode from outgoing showrunner, the brilliant Steven Moffat.

Some minutes before she meets her previous self, as played by John Simm, Missy is have the time of her life pretending to be “that mysterious adventurer in all of time and space known only as Doctor Who.”

Doctor Who: The Complete Series 10 is out now on DVD & Blu-ray