If you’ve been following the official Doctor Who Facebook page, you’ll know we’ve been celebrating the scarier side to Doctor Who’s output for Halloween – or Wholloween, if you will.

Since 1963, there’s been a multitude of episodes designed to send you cowering behind the sofa for sanctuary.

So, here’s our pick of just six spooky stories to sit down with on the big night to get in the mood with!

Warning though, these are not for the faint-hearted…

The Girl in the Fireplace

First aired 6 May 2006 featuring the Tenth Doctor, Rose and Mickey 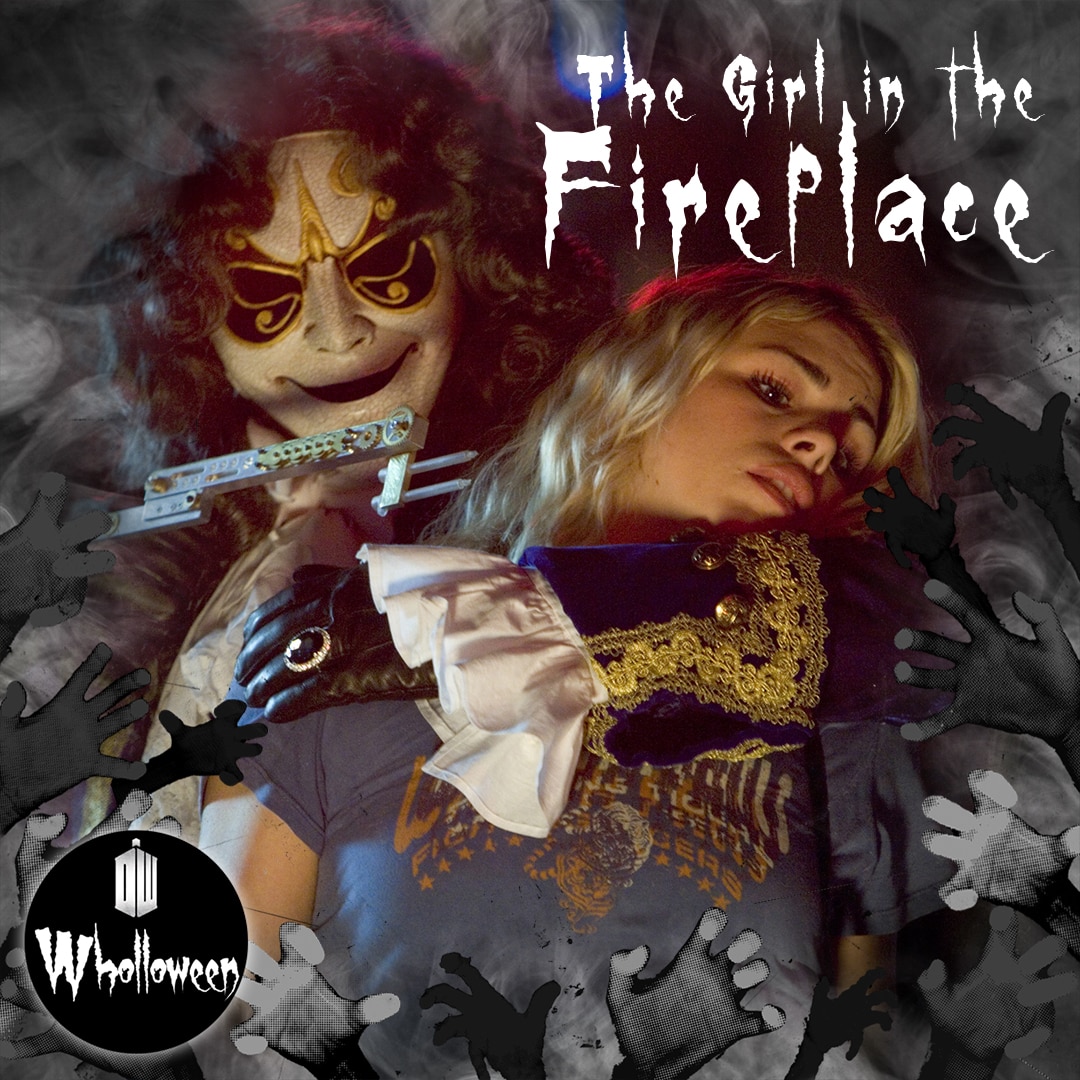 Only a few episodes into his time in the TARDIS and David Tennant is faced with scares galore.

Writer Steven Moffat, who will return later in this list, is known for his uncanny ability to send chills down the spine; turning the mundane and everyday into the monstrous and eerie.

Did anyone share a bedroom with a ticking clock again after watching this spooktacular story? The mechanical menaces were the stuff of nightmares, simultaneously marauding a 51st Century spaceship and 18th Century France.

And, if that weren’t enough, they liked to hide under beds looking for brains.

Mummy on the Orient Express 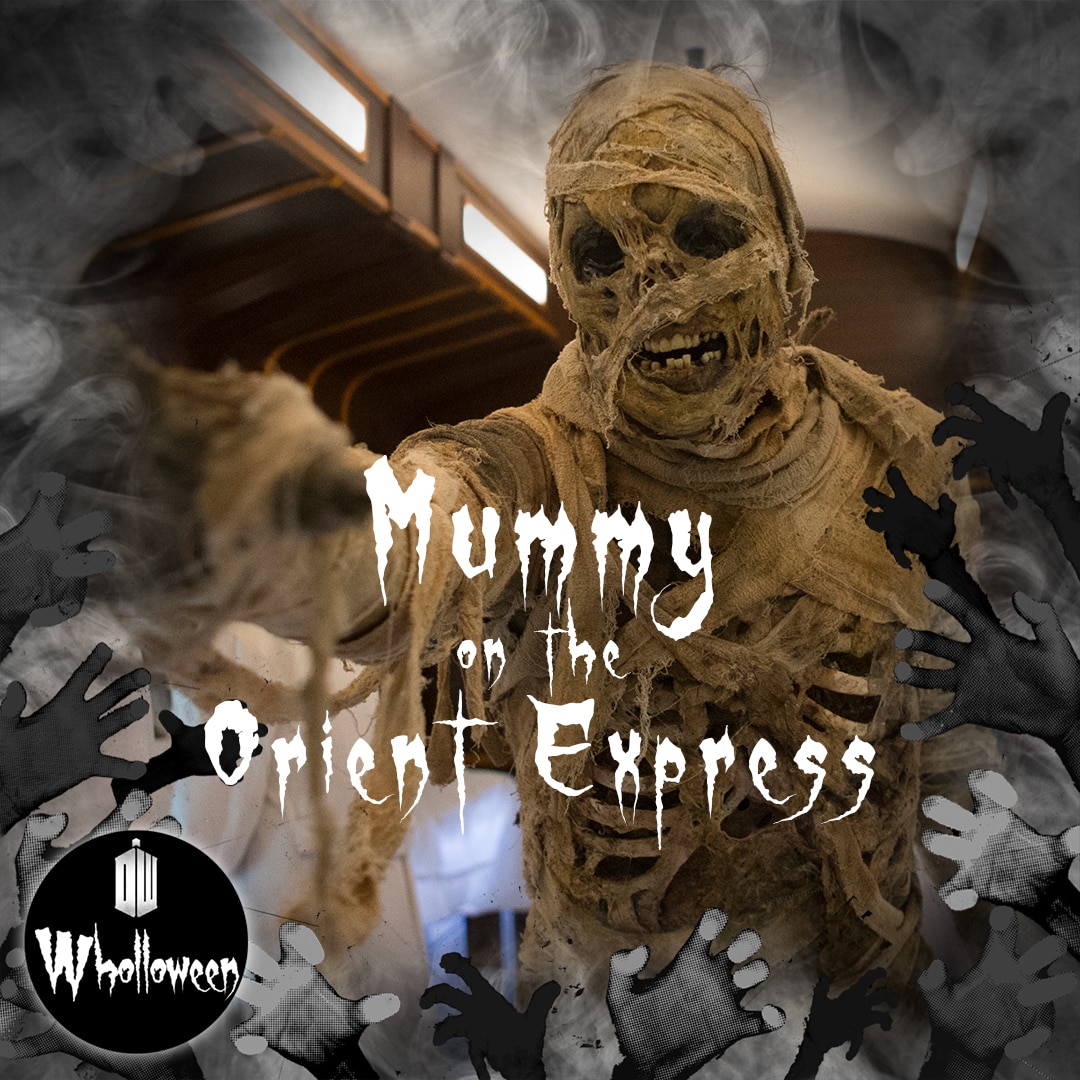 The Twelfth Doctor and Clara were on one last great hurrah on the Orient Express, in space of course, when they found themselves face-to-face with the Foretold – the titular Mummy of the tale.

Not only did the Foretold scare the willies out of us with its 66 second countdown before it killed you, the creature itself was a marvellously-realised creation – one of Who’s most memorable and horrific monsters. 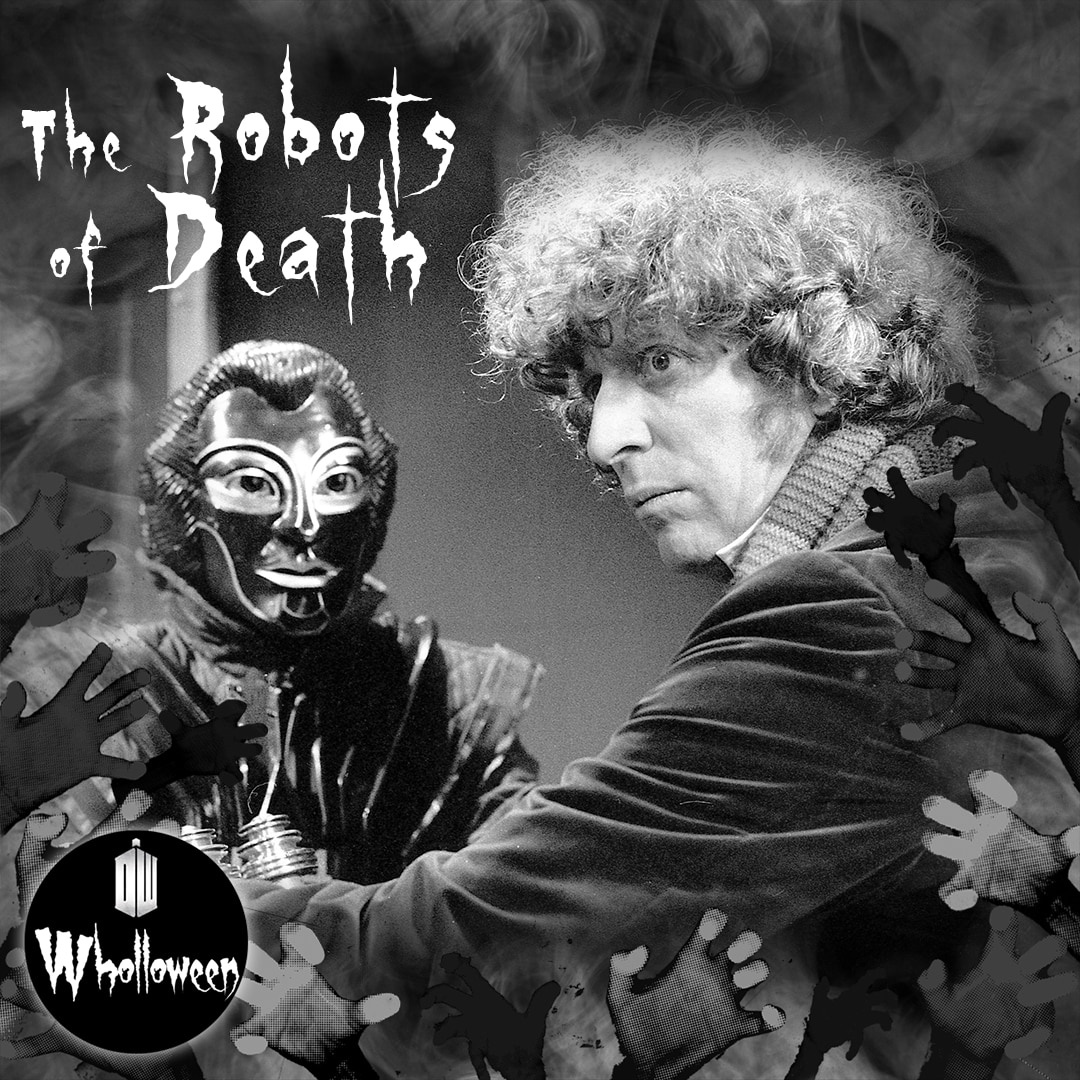 Let’s take a trip back to the 70s to one of the show’s most iconically scary eras.

Tom Baker’s first three years in the TARDS were, perhaps, the most bone-chilling Doctor Who had ever been. Executive producer Phillip Hinchcliffe took the show to new gruesome heights with his Gothic approach to storytelling.

The Robots of Death was basically Doctor Who meets Agatha Christie – the Doctor and Leela (played by Louise Jameson) find themselves on on a sandminer with a very suspicious bunch of humans after one of its crew is found dead.

It’s not long before another dies and they have a good old-fashioned murder case on their hands. The chills here come from the culprits, the robots known as Dums and Vocs. The automatons silently glide through the ship, almost ballet-like, enacting their robot revolution with their eerie unchanging expressions.

Not one to watch alone.

The Waters of Mars

The penultimate outing for David Tennant’s incarnation of everyone’s favourite Time Lord chilled us to the bone for a number of reasons.

The claustrophobic adventure took the classic “base under siege” form – the Doctor visited Mars just in time to witness the beginning of the end for the inhabitants of Earth colony, Bowie Base One.

They were picked off one by one through the water by a species known as The Flood – which rendered those infected zombie-like in appearance.

As showrunner and writer Russell T Davies himself once mentioned, the initial design for the Flood-possessed was just too much for viewers, and was toned down for the family audience.

More frights came in the shape of the Tenth Doctor, as he changed the future and became the “Time Lord Victorious”; an act he very quickly regretted… 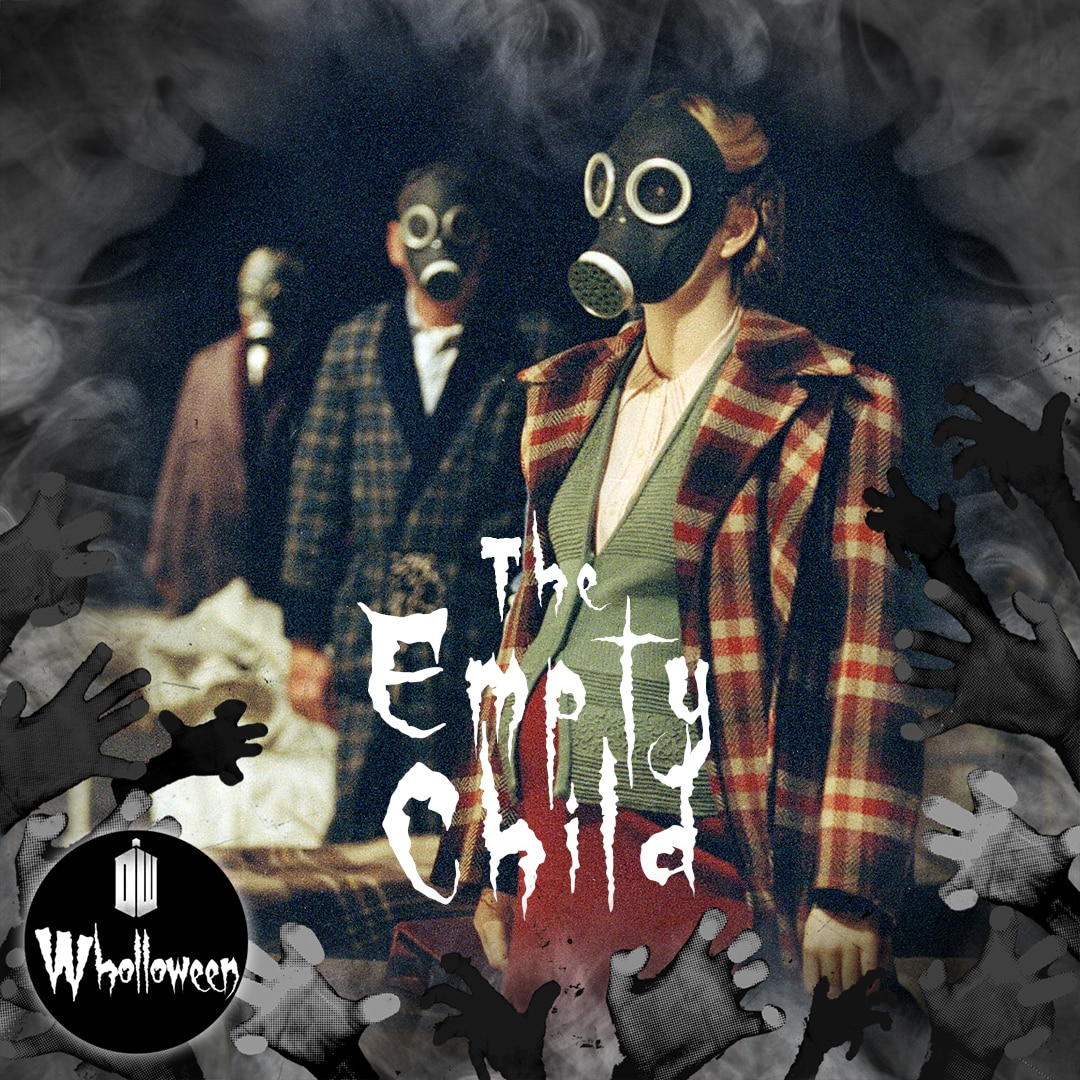 Half-way through the first series on Doctor Who’s return and Steven Moffat, the master of scares, released four words which sent millions of viewers behind the sofa in a split second. 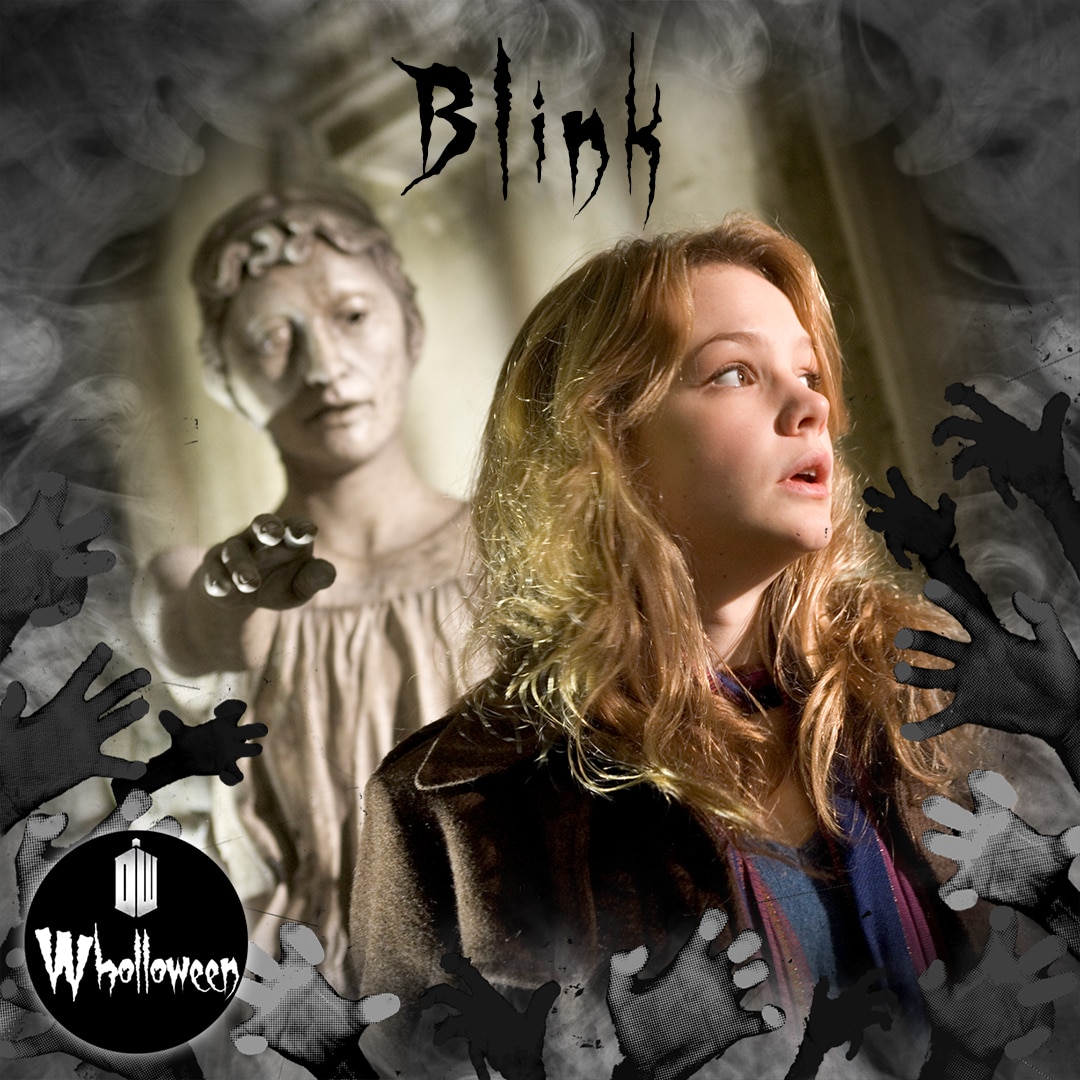 There could only be one to top this horrifying list, the introduction to perhaps Doctor Who’s most chilling aliens ever – the Weeping Angels.

From the the ghoulish mind of writer Steven Moffat, his third entry on this list, the 2007 episode may not have featured the Doctor that much (in this case, David Tennant) but it did feature a whole lot of scares.

Instantly, the Weeping Angels planted themselves in the Whoniverse as one of the most terrifying creations ever. Their ability to move in the blink of an eye and send their victim back in time, coupled with their bloodcurdling appearance, made for the stuff of nightmares for both young and old.

Check out what Doctor Who writers, actors and fans thought about Blink here.

All titles available on DVD