Whovians across the world have been reeling from the dramatic and shocking appearance of The First Doctor in the electric Series 10 finale, The Doctor Falls.

But some fans may be wondering, “Who is this guy??” – here’s what you need to know about the original (you might say).

WHERE DID IT ALL BEGIN?

Just simply known as “The Doctor” at this point (more on this later), a strange old man and his granddaughter Susan lived in the TARDIS, Totter’s Lane, London. In the very first Doctor Who episode, An Unearthly Child (1963), she attracted the attention of her two teachers, Barbara and Ian, at Coal Hill School (where, many years later, companion Clara would teach).

Played by William Hartnell, the alien ended up taking the couple and Susan on a number of adventures in space and time. 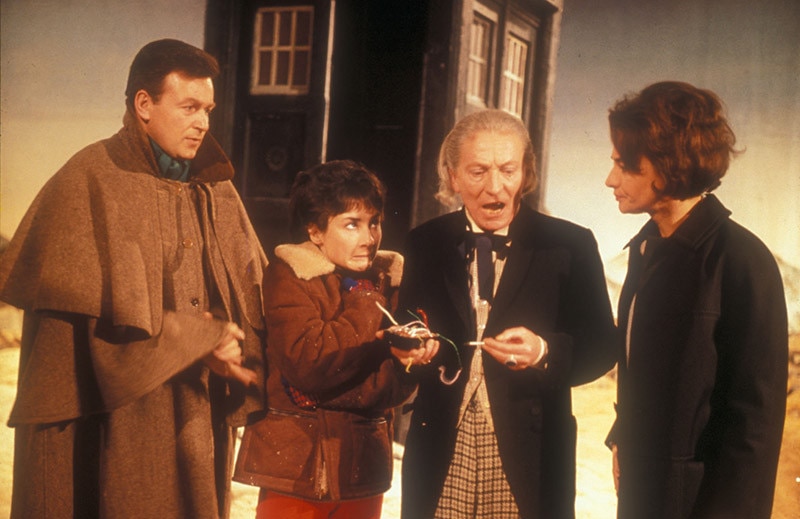 The First Doctor had a fun time in his ship with many companions during his tenure in the TARDIS, traveling back and forth in space and time. Susan was the first to leave (in 1964’s The Dalek Invasion of Earth), with her teachers following but months later in another Dalek tale, 1965’s The Chase.

Also joining him in later adventures were Vicki, Steven, Katarina, Sara Kingdom, Dodo, Polly and Ben (click on their names for more info)

As we learned in the first part of the Series 10 finale, World Enough And Time, the Doctor’s name is actually Doctor Who. Or is it? Is he just winding us all up?

Regardless, during the Hartnell era, the credits for the show list his character as “Dr. Who” and WOTAN, an artifice intelligence intent on global domination, stated in 1966’s The War Machines, "Doctor Who is required.” There is even an episode called The Death of Doctor Who! Speaking of which…

“THE DEATH OF DOCTOR WHO”

The fifth instalment of Dalek time-traveling romp The Chase features this very title (for almost three years, every episode had its own individual title). The First Doctor is replaced by the Daleks with “Robot Dr Who” (as credited) and was portrayed by Edmund Warwick (pictured above), who also stood in for the actor in The Dalek Invasion of Earth.

This would not be the first time The First Doctor was played by another actor, but more of that later.

Though many people might think that first Doctor Who episode not to feature the Doctor to any great extent was the 2006 “Doctor-lite” story Love & Monsters, Whostorians will inform you of an episode that didn’t feature the Time Lord AT ALL! 1965’s Mission to the Unknown was a one-off prelude to The Daleks' Master Plan, and didn’t include any of the current Team TARDIS at that time. Fact fans will note that William Hartnell was still credited for the episode though.

This was the final adventure for the First Doctor and the very first for the Cybermen – 1966’s The Tenth Planet had it all! Set in the snowy climate of 1986 Antarctica, we met those cloth-faced monsters from Mondas, the Cybermen. But this proved to be too much for the Doctor, admitting that, “this old body of mine is wearing a bit thin,” to companions Polly and Ben. By the end of the ep, he was found curled up on the TARDIS floor changing into the Second Doctor, Patrick Troughton.

Fact fans will note that, due to illness, Hartnell didn’t appear in Episode 3 of The Tenth Planet. Also, Episode 4 is missing! (The BBC destroyed many Doctor Who eps in the past.) For the release of the DVD, it was beautifully animated. 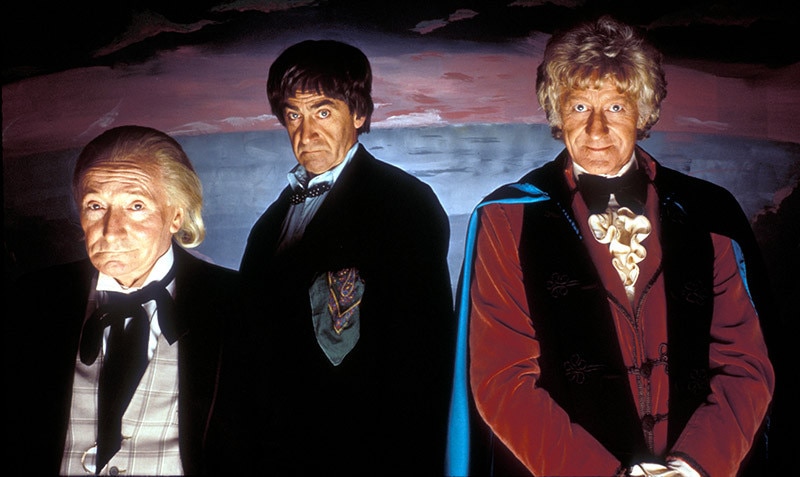 Due to illness, Hartnell only appeared in a few scenes.

For the show’s 20th Anniversary, the five incarnations of the Time Lord united to fight a terrible terror on Gallifrey. Well, almost. 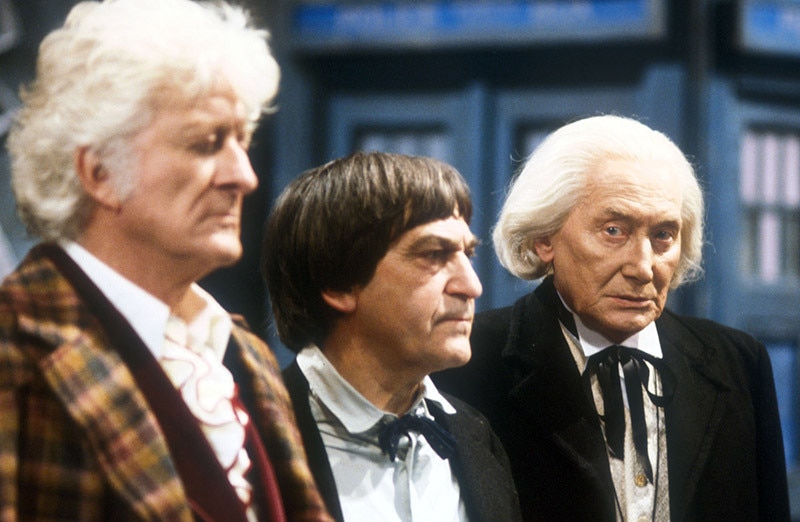 Fourth Doctor Tom Baker declined to appear (footage from an unfinished story, Shada, was used) and, sadly, William Hartnell had died eight years earlier. Stepping into his shoes was actor Richard Hurndall (pictured above with Troughton and Pertwee). 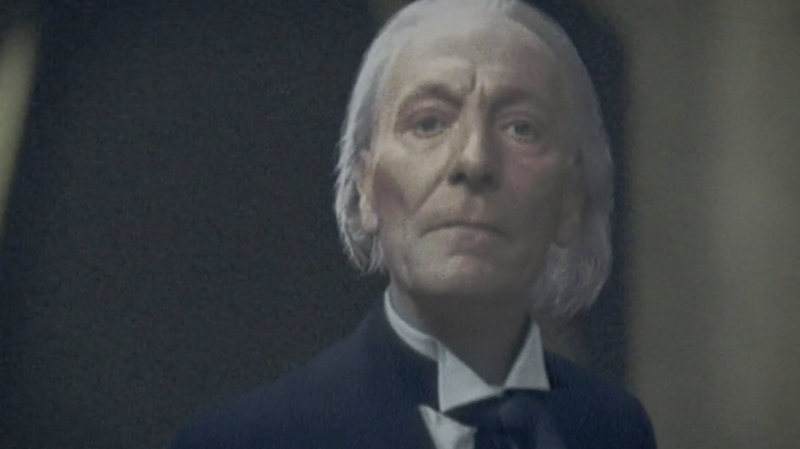 In the 2013 episode, The Name of the Doctor, we discover that Clara had popped back in time to meet the First Doctor on Gallifrey where he was in the process of stealing a TARDIS.

Ever helpful, Miss Oswald advised the Time Lord on his choice, thus saving him for the first time. 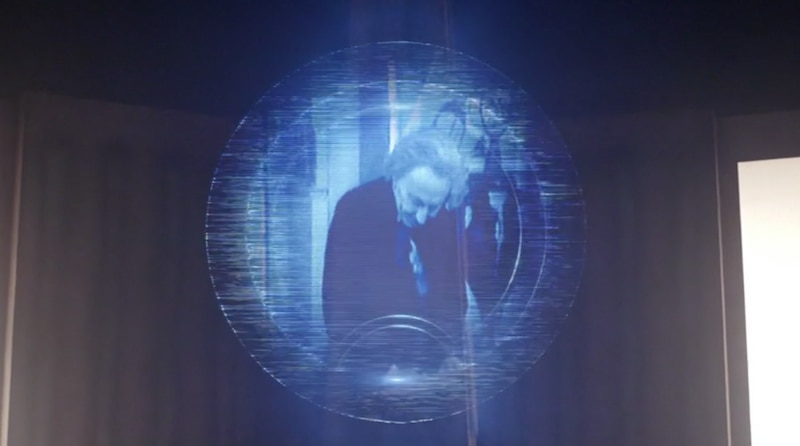 Months later in the 50th Anniversary special, The Day of the Doctor, the First Doctor was in full force with his future selves as they helped their home planet Gallifrey out of a sticky situation during the Time War.

As we discovered in the opening Series 10 ep, The Pilot, The Twelfth Doctor had a framed picture of his granddaughter Susan on his desk in his room at St Luke’s University (see below). We did wonder if, for a few episodes, she’d gone bad and he was keeping her in the Vault. 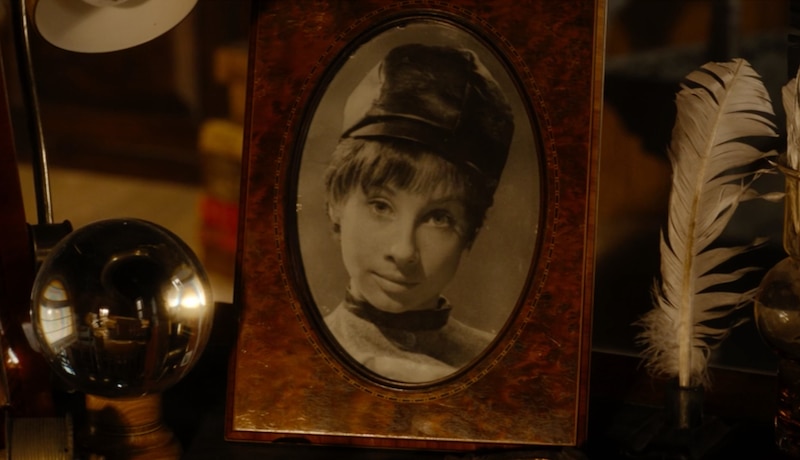 He’s back! And just in time to watch the Twelfth Doctor regenerate in 2017’s The Doctor Falls. Well, almost.

Whilst wandering out into a snowy vista, the Twelfth Doctor comes face to face with his former self, The First Doctor. And, just like The Five Doctors, he’s played by another actor – this time, David Bradley. Fact fans will note that Bradley starred as William Hartnell in the 2013 drama, An Adventure In Space and Time, which told the story of the creation of Doctor Who. 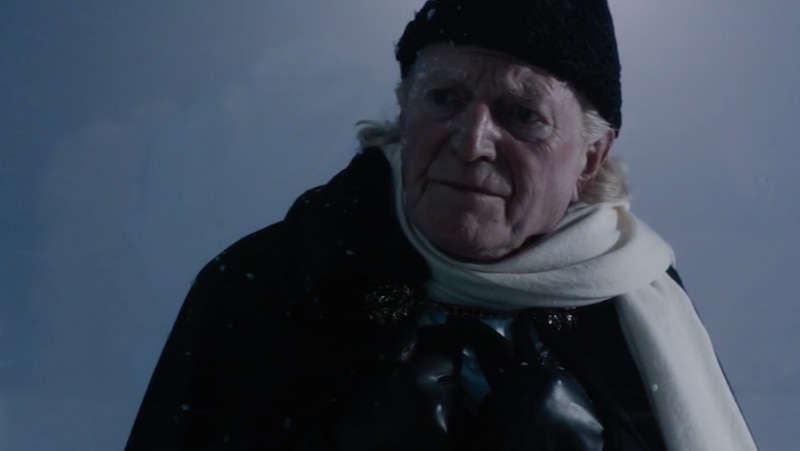 We don’t know anything (honest!) about this exciting finale for Peter Capaldi’s Twelfth Doctor but we do know that The First Doctor will be accompanying his future self. David Bradley’s performance has been described as “eerily perfect” by showrunner Steven Moffat and we also know that the original TARDIS will also make an appearance…

The First Doctor has said this line twice – in The Five Doctors and The Doctor Falls. But, somewhat ironically, it has never actually been spoken by the original actor to play the part, William Hartnell. Richard Hurndall and David Bradley have those honours respectively.

«« Find out more about The First Doctor here »»