Recently we had a look at Marvel and all the Doctor Who stars who’ve cropped up in their various films and television shows.

Today, we look at the world of Batman - just take a look at all the names (both big and small) who have made the journey from Gallifrey to Gotham. 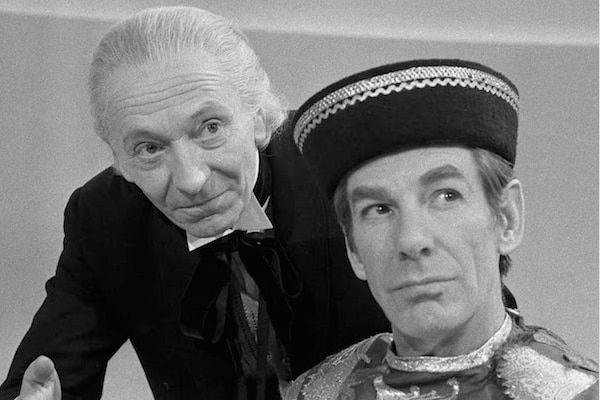 Similarly, in the world of Doctor Who, Gough was a standout character on more than one occasion. He played the titular, and rather playful, Celestial Toymaker in the First Doctor story, The Celestial Toymaker, and then the villainous Time Lord Hedin in the Fifth Doctor adventure, Arc of Infinity. 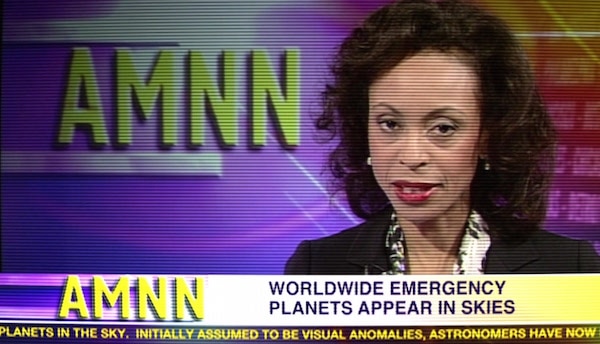 Star of television news throughout the Russell T Davies era on Doctor Who (and even popping up in the spin-offs, Torchwood and The Sarah Jane Adventures), Lachele Carl played news anchor Trinity Wells. She also worked on television news in Batman (1989) - she can be seen requesting medical help for a fallen colleague after the effects of The Joker’s plan take hold. 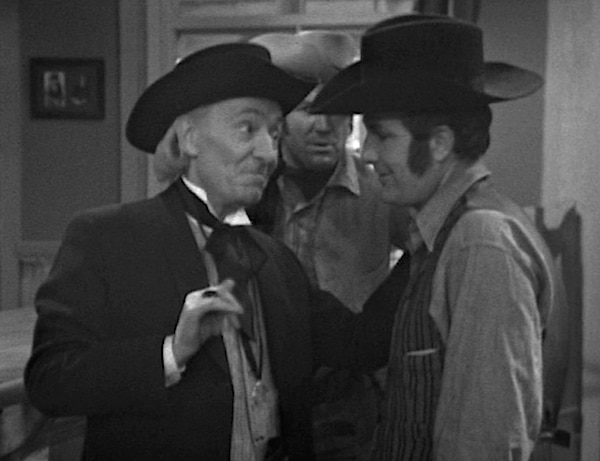 The Canadian actor starred as Seth Harper in The Gunfighters (pictured above with William Hartnell), a rambunctious First Doctor outing from 1966, and had a cameo in Batman Begins (2005) as a Gotham Water Board Technician. 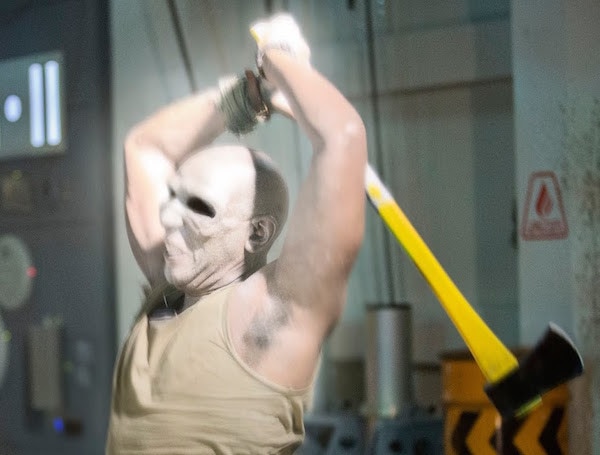 In the first two Christopher Nolan Batman films, Colin McFarlane played Commissioner Loeb (before coming to a grisly end, poisoned by scotch). In the worlds of Who, Colin has popped up a few times. In the 2007 Christmas Special, Voyage of the Damned, the actor provided the voice for the Heavenly Hosts whilst returning some eight years later in the flesh, kind of, to play Moran in Under The Lake / Before The Flood. AND! He also starred as the morally ambiguous General Pierce in Torchwood: Children of Earth. Phew! 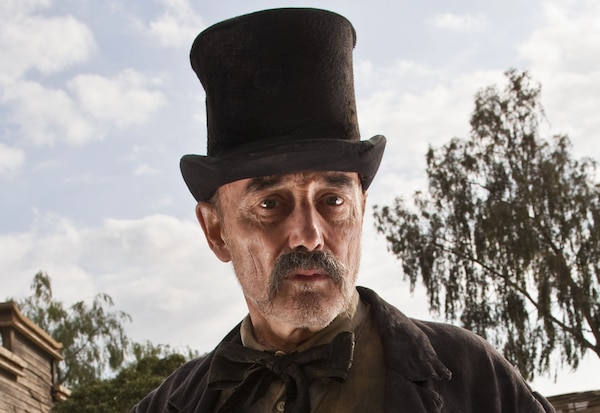 Garrick gets to be one of the first people to speak in Tim Burton’s Batman, playing a tourist (trying not to look like one) trying to track down a taxi with his family. Hagon played Ky in The Mutants (a Third Doctor adventure from 1972) and, more recently, Abraham in the Eleventh Doctor episode, A Town Called Mercy. 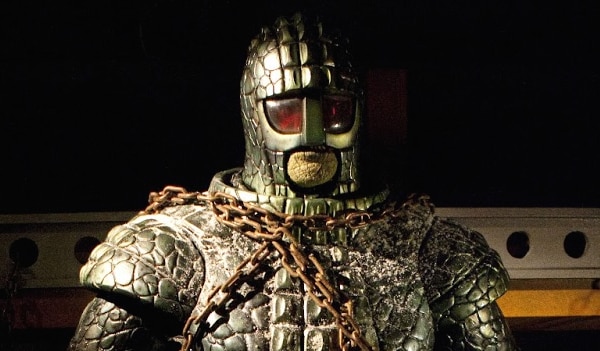 Wilding played a warrior in the League of Shadows in Batman Begins and is unrecognisable in his various parts in Doctor Who like: the Wooden King from The Doctor, the Widow and the Wardrobe, Skaldak in Cold War, and the Minotaur from The God Complex. 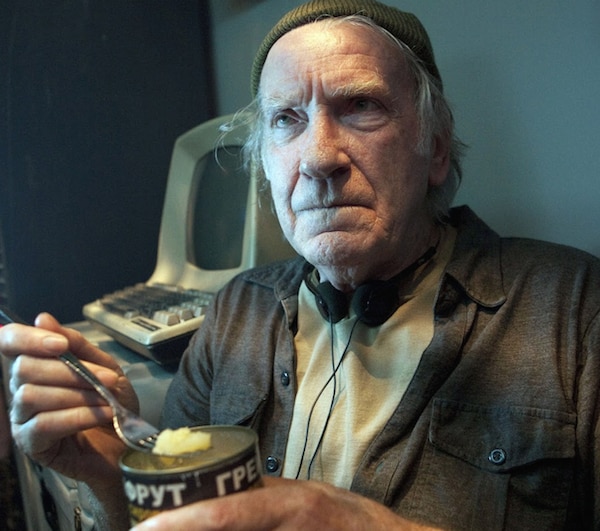 Screen legend Warner took his time to cross over to Doctor Who, but he made his mark as the Duran Duran-loving Professor Grisenko in the Eleventh Doctor tale, Cold War. In Batman: The Animated Series, Warner provided his terrific tones to the terrible Ra's al Ghul. 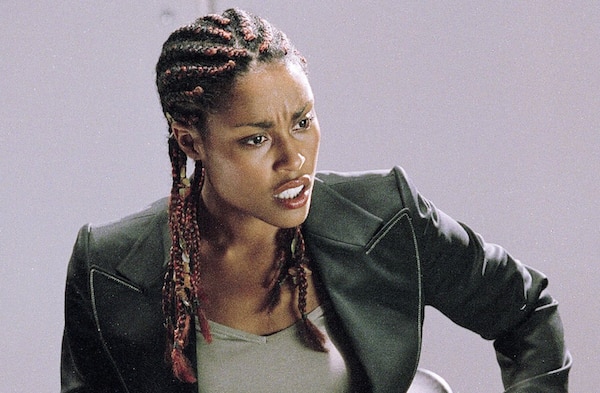 In Batman Begins, Adams got to flirt with Bruce Wayne as the secretary of CEO of Wayne Industries whilst in Doctor Who, she starred as Cathica Santini Khadeni in the Ninth Doctor episode, The Long Game. 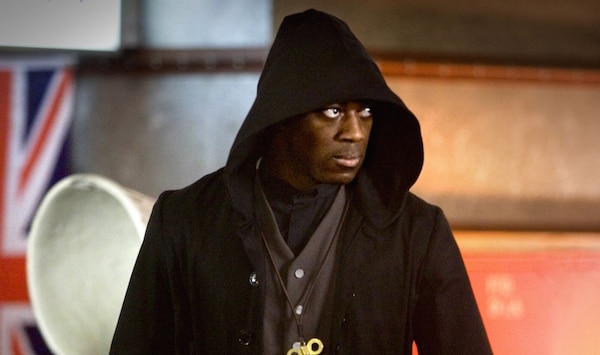 The Beast Below’s chief of the Winders (Peter, in case you’re wondering) was similarly scary in The Dark Knight (2008), playing one of The Joker’s henchmen. 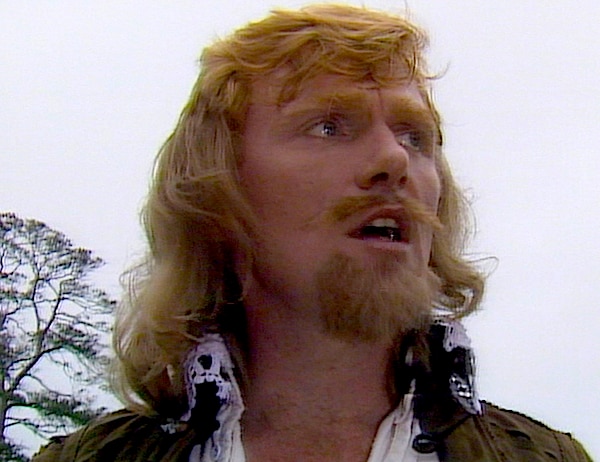 In Doctor Who, he played the memorable servant of Lady Peinforte, Richard Maynarde, in Silver Nemesis (a Seventh Doctor story featuring the Cybermen). In Batman Begins, Murphy was the corrupt Judge Faden, on the payroll of mob boss Carmine Falcone. 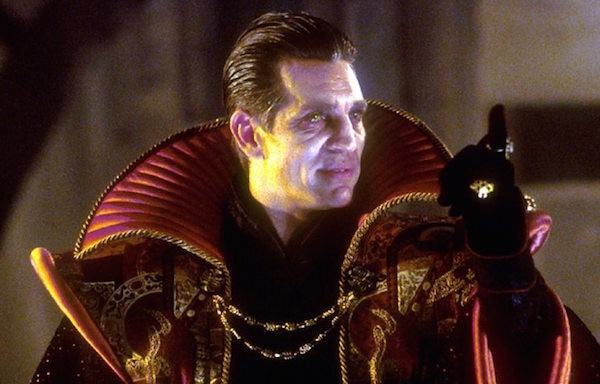 Roberts makes a habit of coming off second best. In The Dark Knight, he gets on the wrong side of Two Face as crime boss Sal Maroni, whilst in the 1996 Doctor Who TV Movie he tried to sap the Eighth Doctor’s remaining regenerations when he dressed for the occasion as The Master.

Speaking of The Master…. 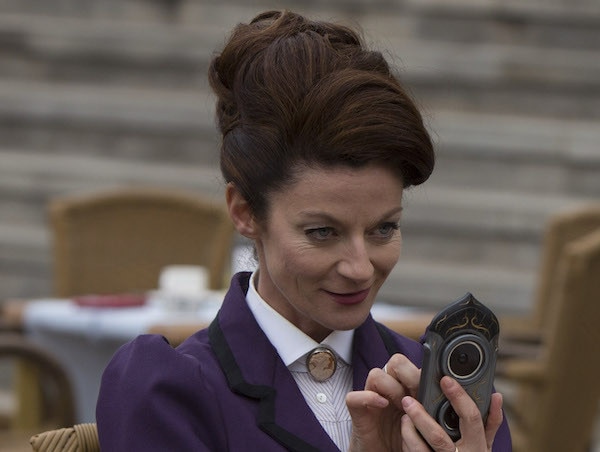 Missy herself has recently made a recurring role in the television series, Gotham, as another mysterious woman, known only as… The Lady!

And lest we forget: Asylum of the Daleks’s Harvey - actor David Gyasi - stars as “Skinny Prisoner” in 2012’s The Dark Knight Rises (Gyasi also appeared in Torchwood episode, Combat); Torchwood’s Owen, Burn Gorman played short-lived Phillip Stryver in The Dark Knight Rises (other Torchwood stars include Star Trek’s John de Lancie and Ghostbusters’ Ernie Hudson who both starred in the Torchwood series Miracle Day and Batman: The Animated Series); and, finally, Pat Gorman who played numerous roles in Doctor Who 1965 up until 1985 (including Cybermen, a UNIT soldier, and many others), and had an uncredited role as a cop in Batman (1989).

10 Stars Who Crossed The Doctor Who and Marvel Universes