With Jodie Whittaker taking on the mantle of the Thirteenth Doctor, some fans may be wondering how a Time Lord can regenerate into a Time Lady.

We’ll address the onscreen mentions of Gallifreyans changing sex later but, first, it’s worth looking at the history of a female Doctor Who behind the scenes.

Back in 1980, when Tom Baker had announced he was leaving the role of the Fourth Doctor, the actor told assembled journalists:

"I wish my successor, whoever he or she might be, the best of luck."

Though Baker was indeed jesting at this point, then producer John Nathan-Turner ran with this in the media to provoke press interest. 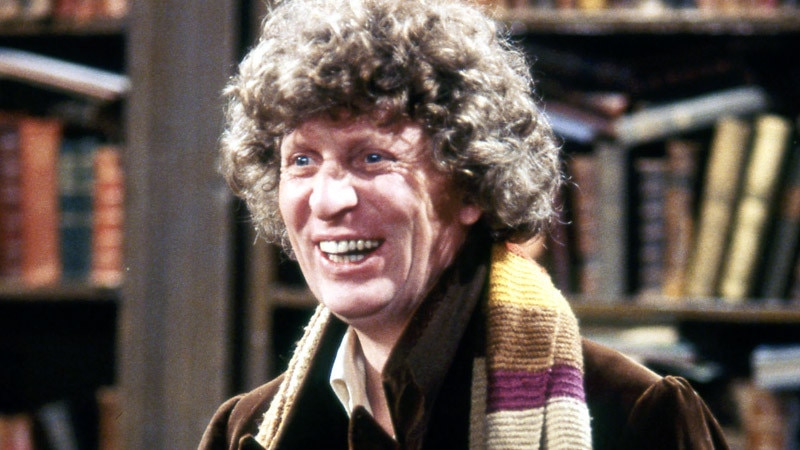 However, on a more serious note, Sydney Newman (a man hugely responsibly for bringing Doctor Who to the screen in 1963) recommended a female Doctor to the then BBC Chairman Michael Grade in 1986.

"At a later stage, Doctor Who should be metamorphosed into a woman.”

The Canadian producer also stated he wanted to “avoid a flashy, Hollywood Wonder Woman because this kind of heroine with no flaws is a bore.” So, over thirty years ago, even Doctor Who’s co-creator wanted a gender change for the lead role.

In recent years, the notion of a female Doctor Who gathered pace with the likes of Billie Piper (who played Rose Tyler), John Barrowman (Captain Jack) and even Helen Mirren on record as wishing for a change in sex for the Time Lord. And now, Jodie Whittaker is the first female to play the part.

In the show itself, it has been established on more than one occasion that Time Lords can swap gender.

The End Of Time

At the very start of the Eleventh Doctor era, post-regeneration in the closing minutes of The End Of Time, the Time Lord questions out loud if he’s a “girl”, thus confirming this is a possibility.

(After feeling his Adam’s Apple, he realises he’s not.)

The following year, we were introduced to The Corsair, a Time Lord known to the Doctor some years previous:

“Fantastic bloke. He had that snake as a tattoo in every regeneration. Didn't feel like himself unless he had the tattoo. Or herself, a couple of times. Ooo, she was a bad girl.”

Sadly, as we discover in The Doctor’s Wife, the Corsair came to a grisly end.

The End Of Time

This 50th Anniversary treat starring Paul McGann as the Eighth Doctor saw a return for the Sisterhood of Karn. Ohila, who would return again in the opening and closing episodes of Series 9 to face the Twelfth Doctor, gave the Time Lord a choice:

“… our elixir can trigger your regeneration, bring you back. Time Lord science is elevated here on Karn. The change doesn't have to be random. Fat or thin, young or old, man or woman?”

In 2014, we were introduced to the mysterious character Missy, played by Michelle Gomez. Of course, in the series finale, Dark Water / Death In Heaven, she was revealed as a new regeneration of renegade Time Lord, The Master – formerly male.

The Series 9 finale threw shocks galore, including the regeneration of The General (last seen in The Day of the Doctor) – actor Ken Bones changed into actress T'Nia Miller.

These electric episodes from Series 10 gave fans some new tidbits regarding Time Lords and gender. When chatting with Bill about the Master, the Twelfth Doctor said:

“I think she was a man back then. I'm fairly sure that I was, too. It was a long time ago, though.”

When queried by his companion on the fluidity of gender within the Time Lord community, he replied:

“We're the most civilised civilisation in the universe. We're billions of years beyond your petty human obsession with gender and its associated stereotypes.”

And who can forget, when asked by the Master, “Is the future going to be all girl?”, the Doctor’s wonderful riposte: “We can only hope. ” It’s like he knew!

And, of course, let’s not forget the 1999 Comic Relief Special, The Curse of Fatal Death. Written by Steven Moffat, this story sees the Doctor regenerate a number of times, and finally settles on being female (in this instance, actress Joanna Lumley). Sadly, this outing is not considered as part of the official Doctor Who canon.