Recently, we published a very special treat for fans of the Ninth Doctor - an exclusive 'Christmas Special' from writer Cavan Scott. You can read it here.

Find out more about the Ninth Doctor adventures from Titan Comics here.

Below, read what Cavan has to say about his Ninth Doctor ‘Christmas Special’ short story, and why he wanted to give Nine his very own festive outing.

"Ever since I received the call to write the Ninth Doctor comic, I’ve wanted to give Nine the Christmas special he missed out on TV. Doctor Who’s Christmas specials started with the Tenth Doctor’s debut, The Christmas Invasion, so he never really had one. Of course, we had The Unquiet Dead, which is full of festive fear, but the idea nagged away at me so I asked Titan Comics about the possibility of writing something a little Christmassy this year as a thank you to everyone who’s supported the Ninth Doctor comic. ‘Christmas Special’ is the result. 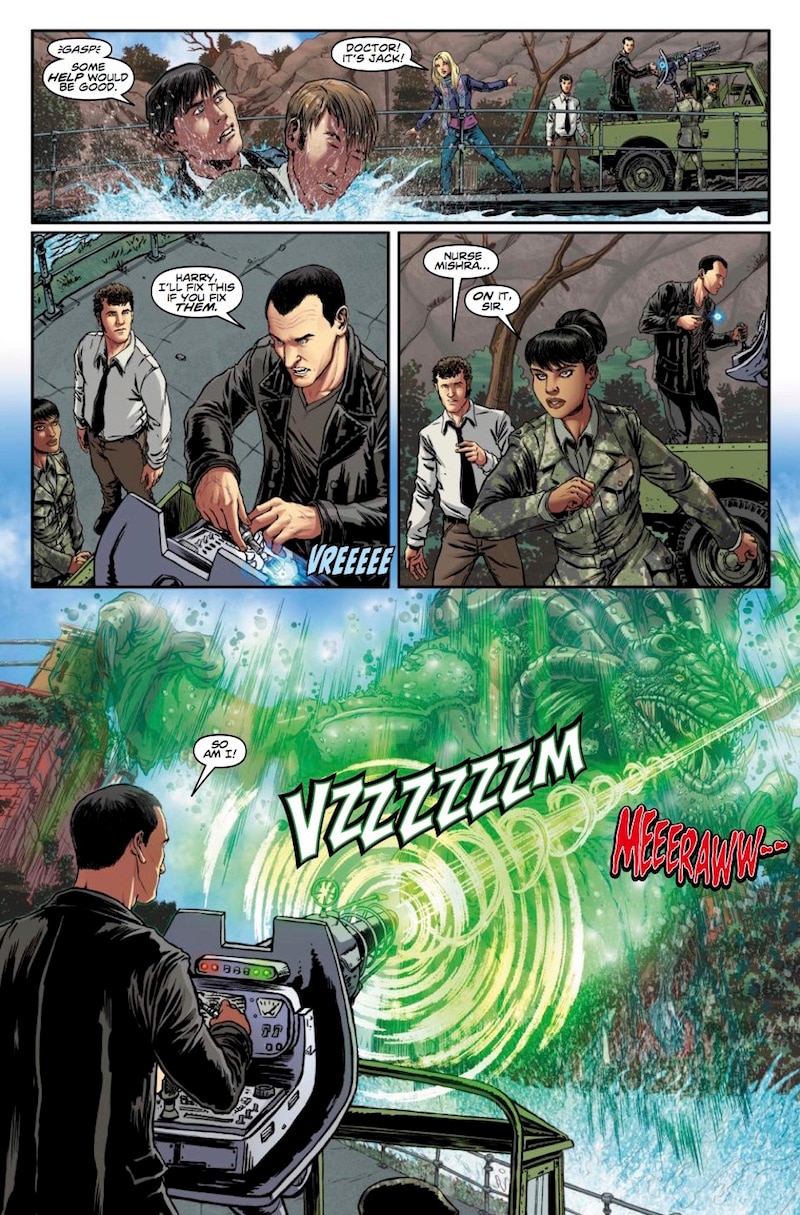 I also knew I wanted to bring back our very own Slitheen from 'Doctormania' (which is out as a collected edition in January - blatant-plug, fans!) Slist was such a fun character to write, and the thought that she would go on to have her own chat show just seemed right for the media-loving con-artist.

The short story was also a chance to introduce more people to Tara Mishra, our new companion from the Ninth Doctor comic. Tara is a former UNIT nurse who worked with Harry Sullivan and first encountered the Doctor, Rose and Jack in Bristol in the story ‘Official Secrets’, which concluded this month in issue eight. We kick off her first story as a companion next month with part one of ‘Slaver’s Song’. This two parter is a special one for the team. 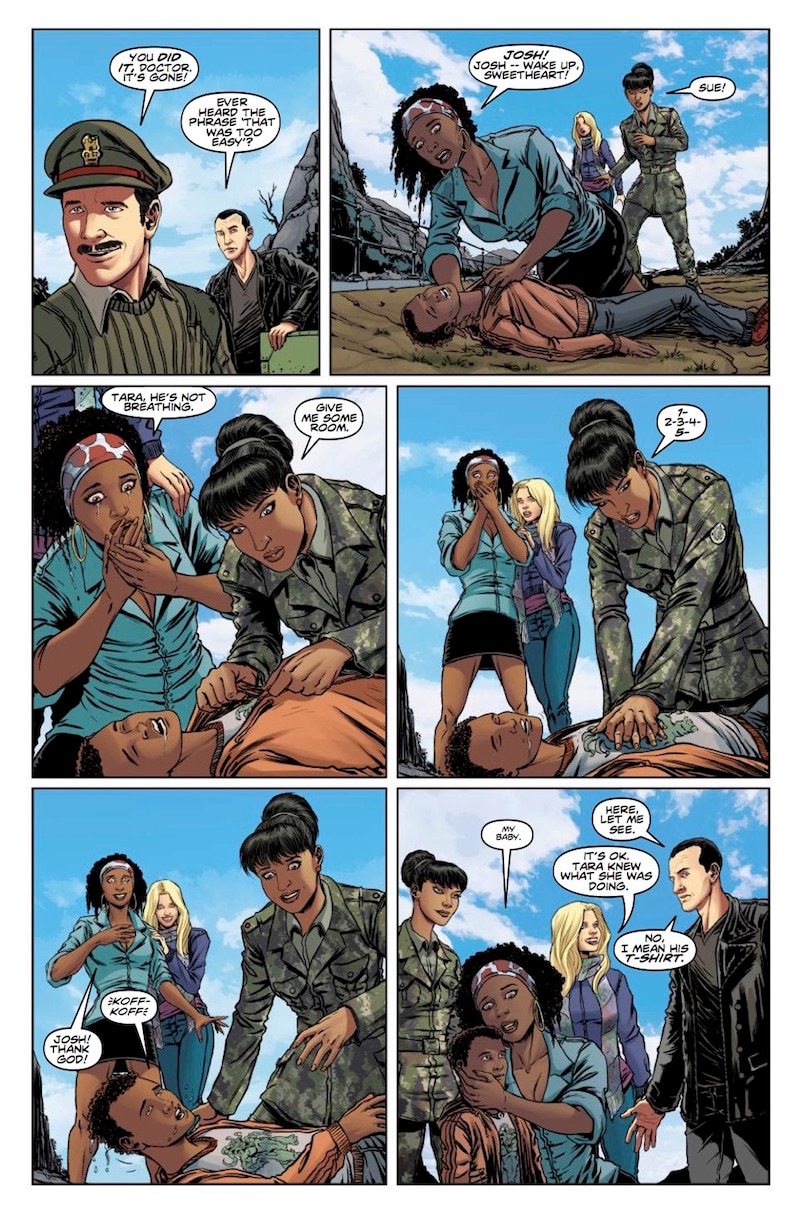 After setting ‘Official Secrets’ in my home town of Bristol, I wanted to take the TARDIS to Brazil, more specifically São Paulo, the home of our wonderful artist Adriana Melo. I mentioned this to Adriana and she came back with bundle of ideas, including a colonial setting and Lara, a mermaid from Brazilian mythology. Adriana was also keen to include the Bandeirantes, 17th Century Portuguese fortune hunters and slave traders. We started bouncing ideas back and forth, with Adriana researching possible locations and authentic character names from the period.

The story also worked perfectly for the arc that we’ve been running through the series, as Captain Jack searches for his lost memories. Why does Jack find a portrait of himself dressed as a 17th Century Jesuit Priest, and why does everyone in colonial São Paulo know him as Father Julian Horta? Find out as we enter a new year with this new companion for the Ninth Doctor!" 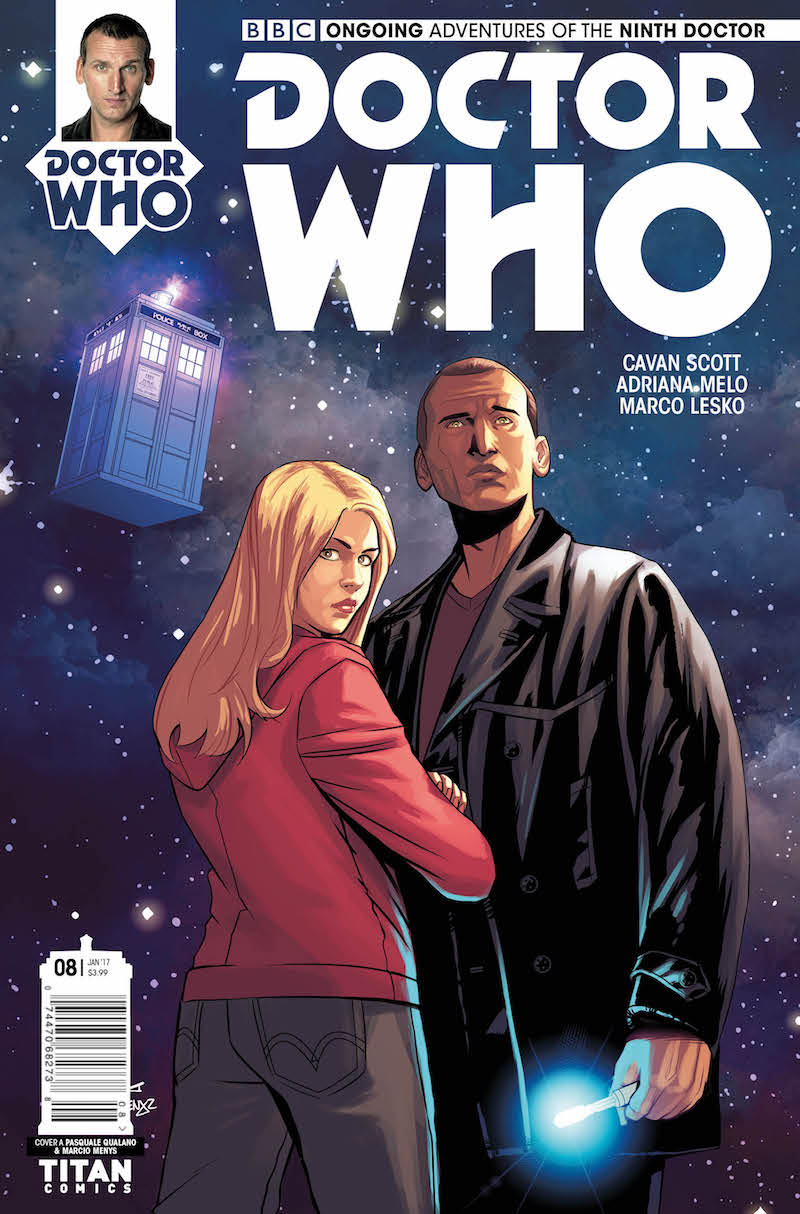