If you’re totally new to Who, a regular viewer who wants to learn more about this week's episode, or just In Case You Missed It, read on for some trivia about Robot of Sherwood… 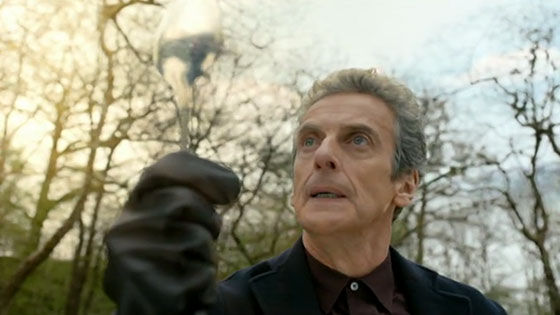 As the Doctor sets about Robin with only a spoon, he lists some of the notable swordsmen he learned from. The First Doctor did indeed meet Richard the Lionheart during The Crusade at roughly the same time as this adventure is set, 1190 AD. He also met the French playwright, duelist and big-nose-sporter Cyrano de Bergerac (albeit, a dramatised version of Cyrano, when in the Land of Fiction in The Mind Robber). We’ve yet to witness the Doctor’s encounter with legendary hollywood swashbuckler Errol Flynn. 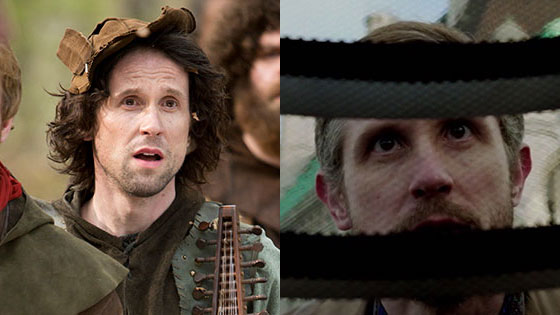 The Merry Men’s musical minstrel Alan-a-Dale, is played by Ian Hallard. Although making his Doctor Who debut in Robot of Sherwood, he can be seen getting irate at Daleks on Westminster Bridge in 2013’s origins drama An Adventure in Space and Time, where he played director Richard Martin.

While he works through numerous possible solutions to explain the existence of Robin Hood, the Doctor exclaims the word “Miniscopes” several times. A Miniscope is a banned form of entertainment, where creatures are captured, compressed to microscopic size and held in a time loop for the amusement “higher beings”. The Third Doctor and Jo were inadvertently trapped in Vorg’s ‘Scope - which also housed Ogrons, Cybermen and the dreaded Drashigs:

In a blink-and-you’ll-miss-him appearance, Second Doctor actor Patrick Troughton appears on a screen in the crashed spaceship, when the Doctor shows Robin other Robin Hoods from history. 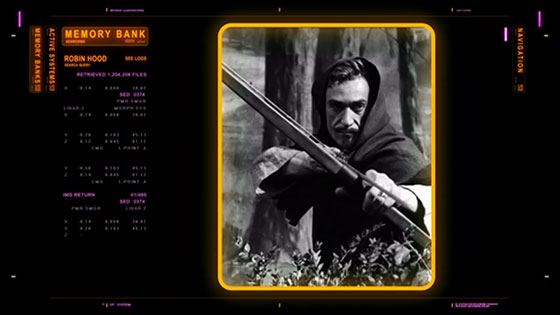 The shot of Troughton is from 1953, when he appeared as the outlaw in a BBC TV children’s series. The episodes were broadcast completely live from Lime Grove Studios, where, ten years later, the first episodes of Doctor Who would be recorded.

Make sure you Listen closely: