"Doctor Oswald, you are hilarious". We take look into the trivia of Flatline in this week's In Case You Missed It:

It’s not the first time that the TARDIS has been miniaturised. The very first Doctor Who adventure was to have seen the ship and her crew shrunk down to the size of insects. Although this storyline never materialised, a similar idea was produced for the start of Doctor Who’s second season. In Planet of Giants, the TARDIS doors open mid-flight, reducing the TARDIS to a few inches tall, and - 25 years before Honey, I Shrunk the Kids - depositing the crew in a garden/jungle:

On the subject of the TARDIS’s interior and exterior dimensions - which end up so very confused in Flatline - we hand over to the Fourth Doctor for the series’ best explanation of boxes in boxes:

The first of the trains featured in Flatline carries the route number A113 - a famous number in digital animation circles. 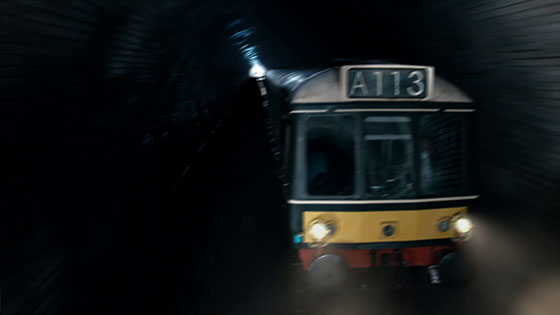 A113 is a classroom at the California Institute of the Arts used by many trainee animators, including those at legendary film studio Pixar, and has been featured as an “Easter egg” in many films. Most notably, it’s the license plate number of Andy’s Mum’s cars in the Toy Story series. Pixar executive John Lasseter explains more: 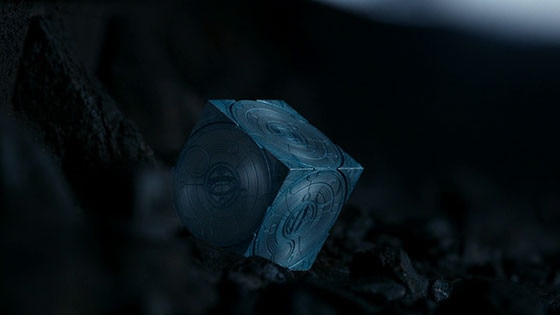 When the Doctor engages “siege mode” we see the TARDIS reduced to a dull metal box, etched with Gallifreyan symbols. It doesn’t look entirely dissimilar to Hypercubes - “little boxes” used by Time Lords to send psychic messages to one another. The Eleventh Doctor was tricked into landing on House by the Hypercube of his old friend the Corsair (The Doctor’s Wife), and the Second Doctor used one to summon the Time Lords at the end of The War Games: 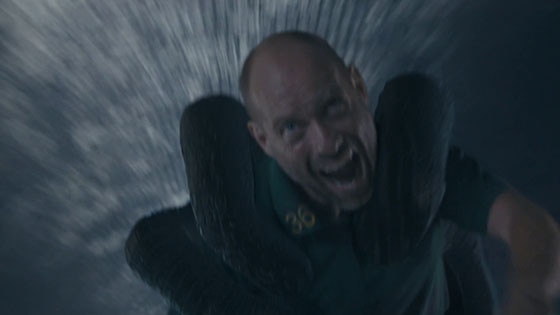 Grabbed by a giant hand and incorporated into the Boneless, ill-fated Al is played by actor Matt Bardock, whose death in Flatline is his second on the BBC this month! Bardock is better known to UK viewers as paramedic Jeff Collier in long-running hospital drama Casualty, who was recently blown up while freeing victims of a traffic accident. Poor Matt!

One morning in every city and town in the world, the human race wakes up to face the most surprising invasion yet. Next time we're In the Forest of the Night: