Throughout the years, Doctor Who has featured all manner of amazing guest stars. Some were established acting royalty, others were stars on the rise. To list every single one of them could fill the TARDIS library, so here are some big-name actors that you might have forgotten starred in Doctor Who...

Launched into the mainstream by his comedy-horror Shaun of the Dead, Simon Pegg was already a bit of a name when he starred as the villainous Editor in 'The Long Game'. Simon would go on to star in other mega sci-fi franchises, including both Star Wars and Star Trek!

Possibly best known for his role in the sitcom Peep Show, Paterson Joseph’s name often crops up whenever people discuss who might play the next Doctor. However, Paterson has actually been in the show already; starring as The Weakest Link contestant Rodrick in the Series One finale. Despite this, appearing in Doctor Who hasn’t stopped other actors from reappearing in other roles - including as the Doctor!

Disguised by a layer of prosthetics, you might not immediately recognise Ardal O’Hanlon as Thomas Kincaid Brannigan when you first watch 'Gridlock'. Coming from the world of comedy, Ardal featured in several famous sitcoms before crossing paths with the Doctor. He’d go on to star in Death in Paradise, another show where the lead character regularly changes. Sadly, this change isn’t explained by regeneration…

Andrew Garfield
Daleks in Manhattan/Evolution of the Daleks

Before he was swinging around Manhattan as Spider-Man, Andrew Garfield played a very different New Yorker in this Series Three two-parter. Andrew would go on to win various awards, including a BAFTA and a Tony award; as well as starring in a film with our next entry…

Known around the world as the lead in several major Hollywood films, Carey Mulligan will forever hold a special place in the heart of every Doctor Who fan. Oscar winner Carey appeared in the fan-favourite 'Blink' as Sally Sparrow; the curious urban explorer who confronted the terrifying Weeping Angels, and saved the Doctor from 1969!

A legend of stage and screen, Derek Jacobi appeared in only a single episode; however, during that time, he made a profound impact. First appearing as the kindly Professor Yana, he was soon revealed to be a mind-wiped version of the Doctor’s arch-enemy. Despite only appearing as the Master for a short time, he was terrifying, brutally killing his assistant and trapping the Doctor at the end of the universe!

Felicity Jones
The Unicorn and the Wasp

Another Doctor Who alumni who would go on to star in, well, Star Wars. Before she went on to steal the plans to the Death Star in Rogue One, Felicity Jones played a different sort of thief in 'The Unicorn and the Wasp'. She played Robina Redmond, who was later revealed to be the eponymous jewel thief, the Unicorn!

Daniel Kaluuya
Planet of the Dead

Before taking home awards for hit movies like Get Out and Black Panther, Daniel Kaluuya joined the Tenth Doctor as Barclay, a trainee mechanic who was transported to an alien world on a London bus.

Gemma Chan
The Waters of Mars

Setting her up for future galactic adventures, Gemma Chan played Mia Bennett, the geologist of Bowie Base One. Luckily for Mia, she managed to survive her visit to Mars; which is very impressive, considering everyone was meant to die! Gemma would go on to star in several Hollywood movies, even playing two characters in the wildly popular Marvel Cinematic Universe. 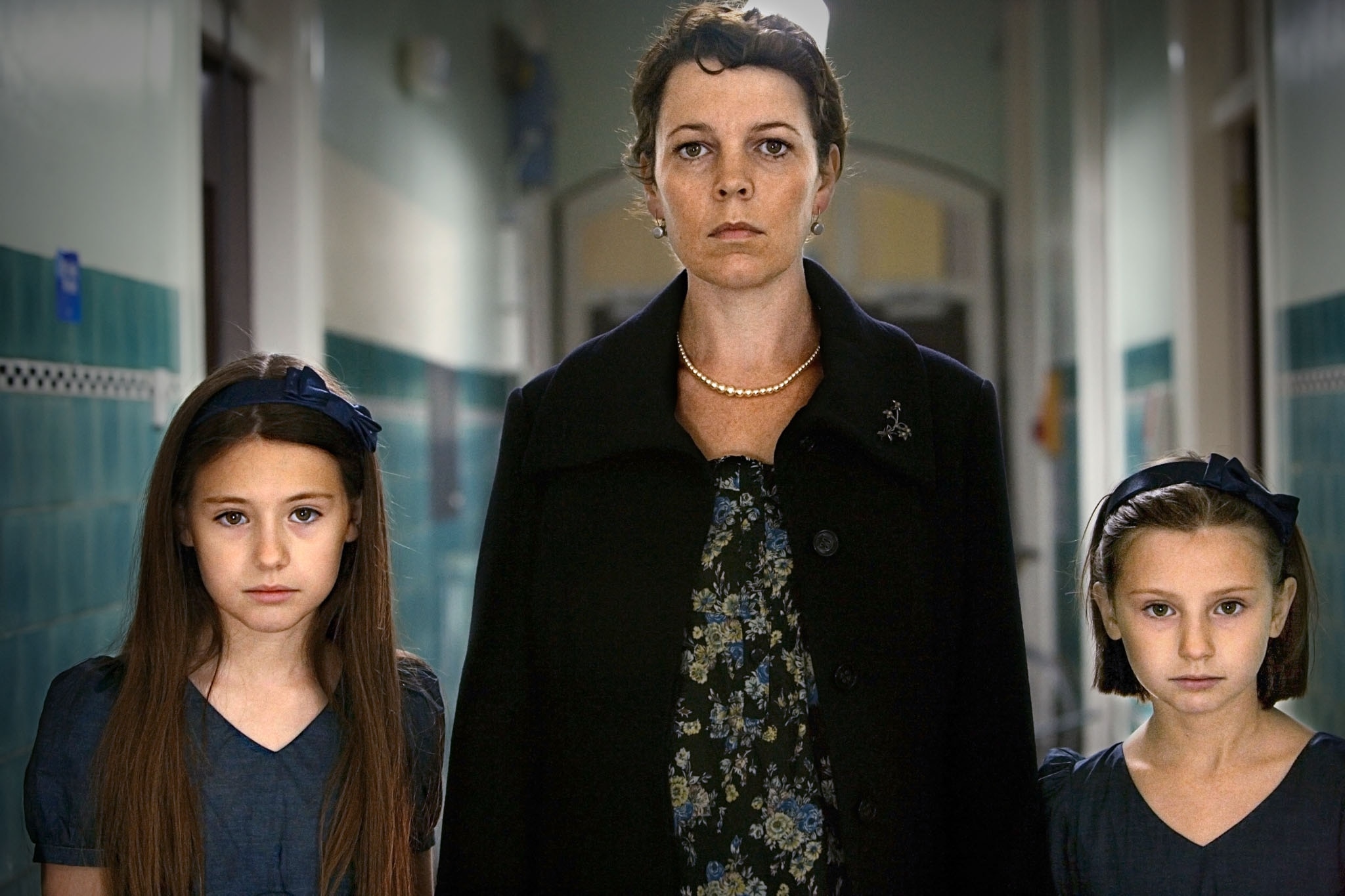 Future Oscar winner Olivia Colman appeared in the Eleventh Doctor’s debut story 'The Eleventh Hour'. Already an established household name by the time she appeared in Doctor Who, Olivia’s career continue to rise over the years. She won the Oscar for Best Actress in 2019, and would go on to be nominated for two more!

Bill Nighy
Vincent and the Doctor

Getting a famous actor to have an uncredited cameo as an art critic was a tradition kicked off by John Cleese in the Fourth Doctor adventure 'City of Death'. Continuing this was Bill Nighy’s appearance as Dr Henry Black in 'Vincent and the Doctor'. Unlike in 'City of Death', where the cameo was used for a one-off joke, Dr. Black was a vital part of 'Vincent and the Doctor' - unwittingly helping Vincent realise the impact his work would have after his lifetime.

Thanks to Good Omens and Staged, Michael Sheen seems to be in an eternal double-act with David Tennant; which is why it might come as a shock that he didn’t appear in a Tenth Doctor adventure! Instead, Michael starred alongside Matt Smith’s Eleventh Doctor in the seminal 'The Doctor’s Wife' where he voiced the TARDIS-eating entity known only as House.

We’re rolling two big names into the one entry, as they're two famous actors linked to the same villain! Richard E Grant starred as Doctor Simeon, who infected telepathic snow with every negative trait he possessed. This snow, voiced by Sir Ian McKellen, would go on to become the classic Doctor Who villain, the Great Intelligence!

Rocketing to fame as Emma Peel in The Avengers (not that one) and starring in worldwide mega-hit Game of Thrones, Diana Rigg had already been made a Dame by the time she appeared in Doctor Who. She played the villainous Mrs Gillyflower, fighting against the Eleventh Doctor. Diana would be reunited with Matt Smith for her final film, Last Night in Soho.

Maisie Williams
The Girl Who Died/The Woman Who Lived

Another Game of Thrones star to the list of Doctor Who alumni, Maisie rocketed into the public consciousness with her role as the feisty Arya Stark. She played a similar role as Ashildr/Me, a Viking warrior who lived far longer than anyone would have expected!

In another case of ‘role in Doctor Who foreshadowing another role’, Letitia Wright starred as a woman living in a hidden society with advanced technology; in both the heartbreaking 'Face the Raven', AND as Shuri in the global phenomenon Black Panther. 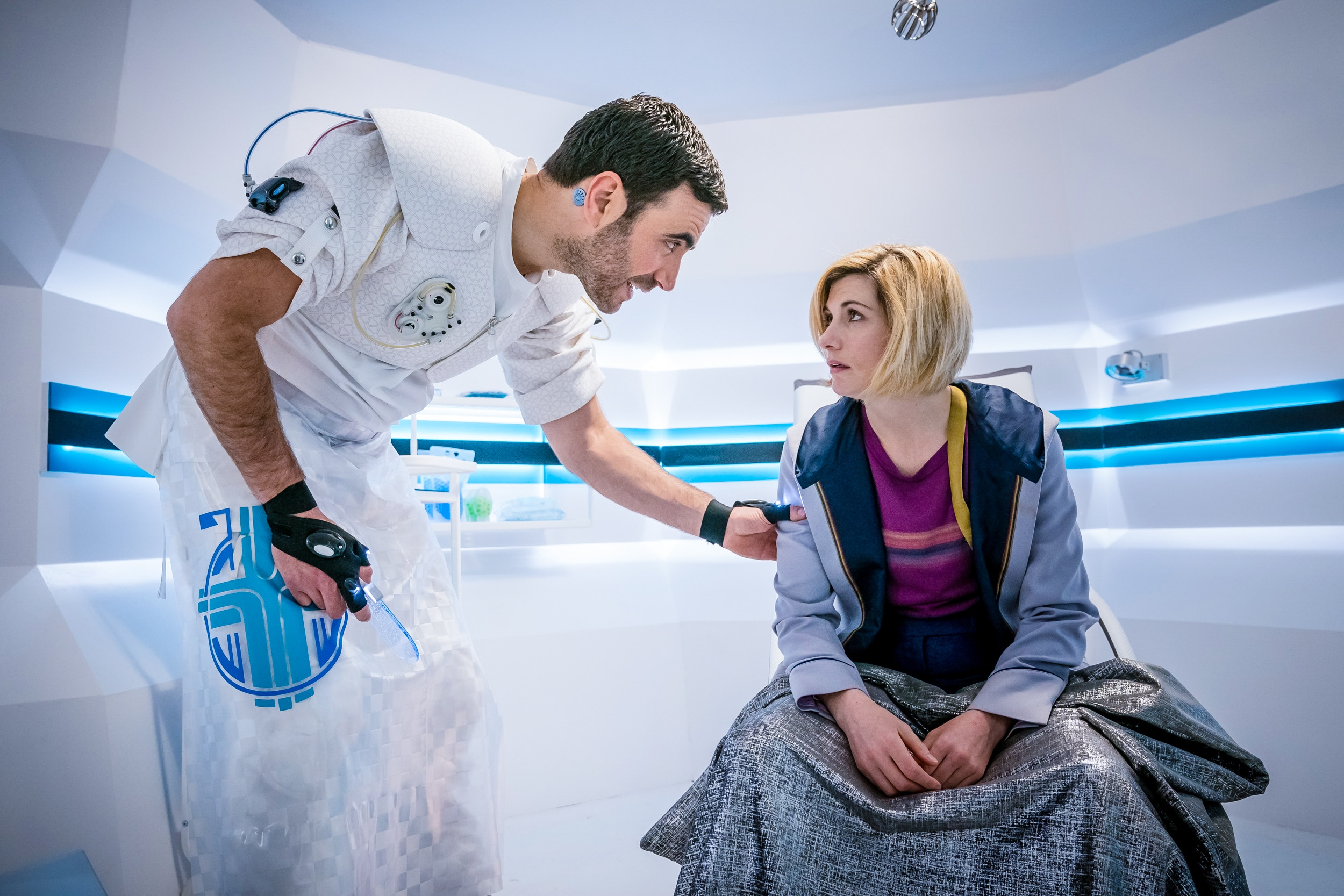 Before he was sweeping up Emmy awards in Ted Lasso (and being set up as Hercules in the MCU), Brett Goldstein had an encounter with the Thirteenth Doctor and the ship-eating Pting. Sadly, his character Astos didn’t survive, with the Pting getting the best of him! 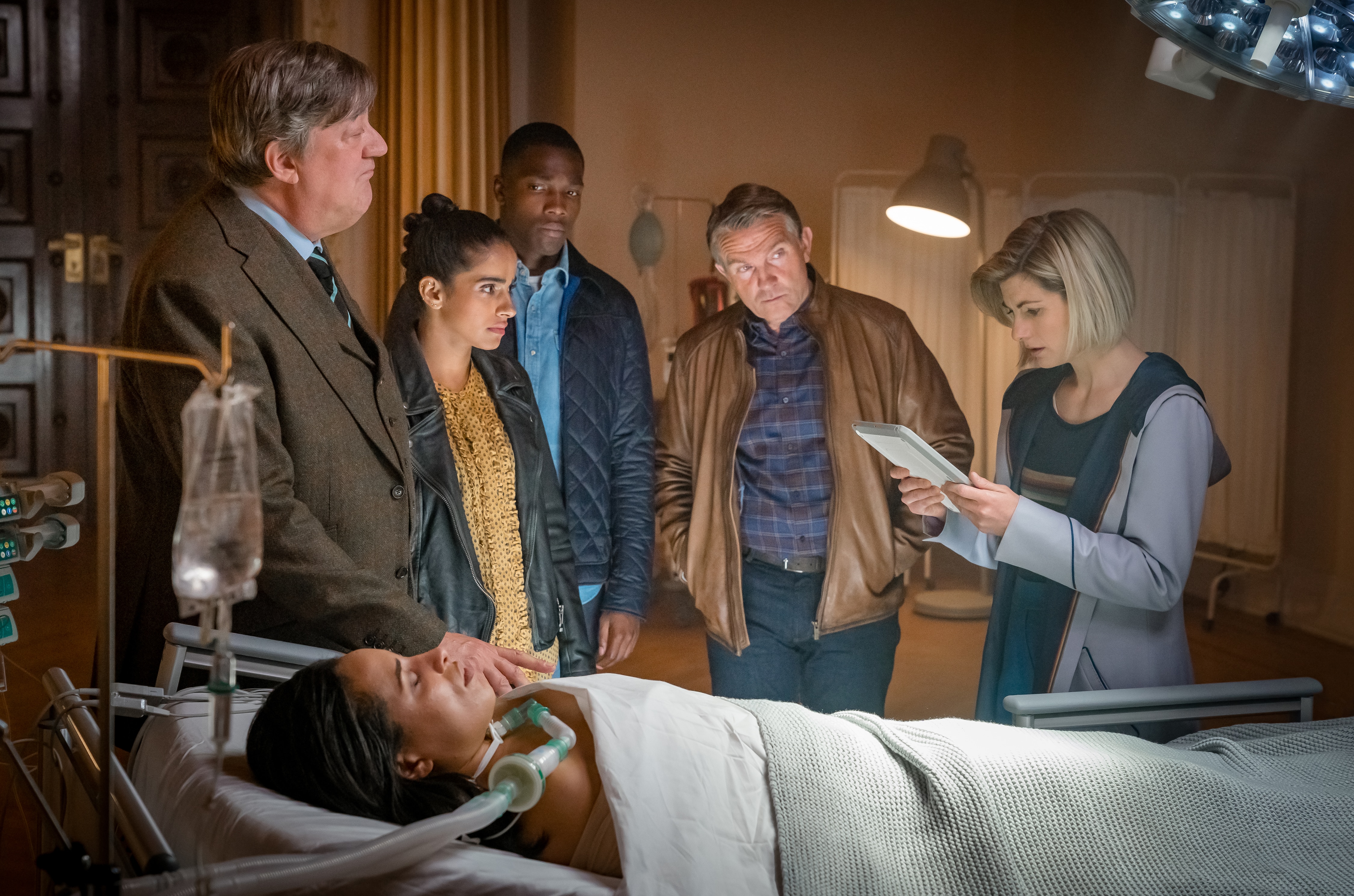 The opening two-parter of Series 12 brought us another twofer in cameos - National treasure Stephen Fry finally made his Doctor Who debut as MI5 head honcho 'C' in the thrilling 'Spyfall'. Unfortunately, C only had time to brief the Doctor about a string of mysterious disappearances before he was killed by the Master...

Before he was living it up as a Hobbit in The Lord of the Rings: The Rings of Power, beloved British comedian Lenny Henry also faced the Doctor in 'Spyfall' as sinister tech mogul Daniel Barton. When the Doctor stopped his plan to wipe humanity's DNA for data storage, Barton fled the scene - leaving the door open for him to make a return down the line? Who knows...