The latest issues of the Doctor Who Figurine Collection feature a classic Dalek and an unnerving alien from the Twelfth Doctor era.

Find out more about the Doctor Who Figurine Collection

From the 2017 Twelfth Doctor trilogy, Extremis, The Pyramid at the End of the World and The Lie of the Land.

This highly detailed, hand-painted figurine comes complete with a magazine looking at the development and the creation of these mysterious invaders of Earth, talking to those who made their mummified look and the people who played them.

Plus, behind the scenes of the ‘Monk trilogy’ and the welcome return of Michelle Gomez as Missy…

From the 1988 Seventh Doctor adventure, Remembrance of the Daleks.

The Doctor discovers there are two factions of Daleks on Earth in 1963, and they’re both hunting for the Hand of Omega, a Time Lord device that can destroy stars! It takes all the Doctor’s efforts to keep casualties at a minimum when there are huge battles on the streets of London!

This highly detailed model comes complete with a magazine looking at how the production team used the same livery of Davros’ followers first seen three years earlier. Cream and gold, in hindsight, was a dramatic change, but the Imperial Daleks look brilliant for it. Plus: how each Doctor battled the greatest evil the universe has ever seen; actress Pamela Salem (who starred in Remembrance of the Daleks; and Doctor Who in 2015. 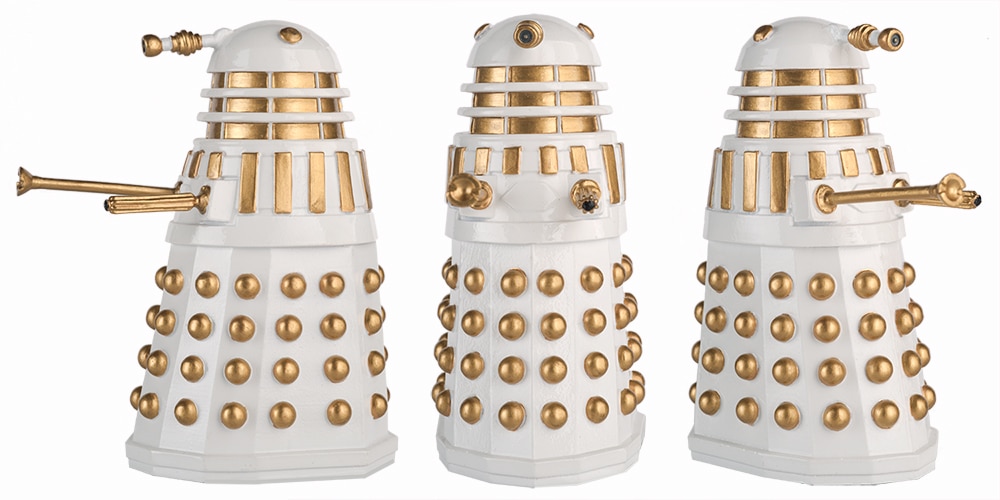