The latest issue of Doctor Who Magazine, issue 501, features the second part of Tom Baker's final interview with the publication. Baker was, and still is, beloved by fans across the world for his role as the Fourth Doctor.

The interview covers a huge array of topics including the latest companion, Bill (played by Pearl Mackie), Peter Capaldi, the EU referendum, his co-stars, and his numerous producers on the show over the years.

First off though, Tom chats about the directors he's worked with.

“I know I’m not a very good actor. Of course, when I started, it was very common to find bullying directors. No-one ever forgets unkindness. I can remember slights from donkeys years ago, from directors who were unkind to me; so can all other actors. Those brutal things, you never forget.

But I was so lucky with most of my directors on Doctor Who – wonderful, effortless directors.” 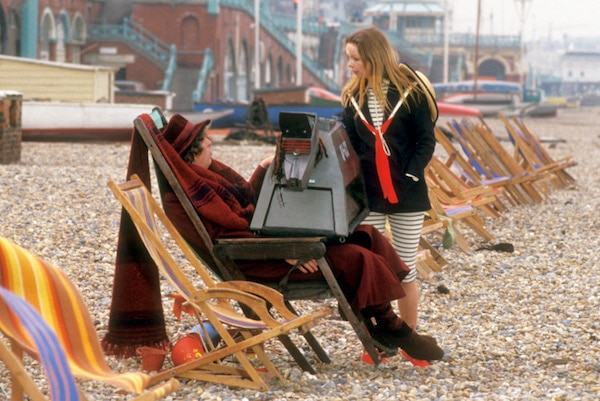 Tom with Lalla Ward and K9 filming The Leisure Hive.

ON PADDY RUSSELL (directed Tom in Pyramids of Mars and Horror of Fang Rock)
“She’d be up half the night, with models, thinking about the cameras and the set, and reading the scripts – so when she came [into studio], she had it all worked out in her head. I said, ‘So where do we come in?’ She said, ‘I’ll tell you where you come in: I’m the director, and I’m going to tell you what to do.’ I wasn’t going to put up with that. I said, ‘No, you’re not. What about what I want to do?’ I thought, ‘Let’s all find out the scene together.’ Well, she was furious."

ON BARRY LETTS (producer, 1970-75)
"I think about Barry sometimes. He was so nice. Barry was a man without vanity when it came to realising a narrative. He was very, very sweet-natured. A good man trying to live a good life."

ON PHILIP HINCHCLIFFE (producer 1974-77)
“… we clicked. He was young, and handsome, and beautifully dressed, and witty, and not long down from Cambridge. We got on like a house on fire. It was wonderful with him. It was a terrible blow to me when Philip went."

ON GRAHAM WILLIAMS (producer, 1977-80)
"Life was hard for Graham during my time on Doctor Who. By then, I was rather proprietorial. Looking back on it, I don’t suppose I was easy. But in my defence… I cared. I cared so much about the show, about making it the best it could be. Although I used to affect that I didn’t do very much work, in fact I thought about the part all the time, marking up the scripts…” 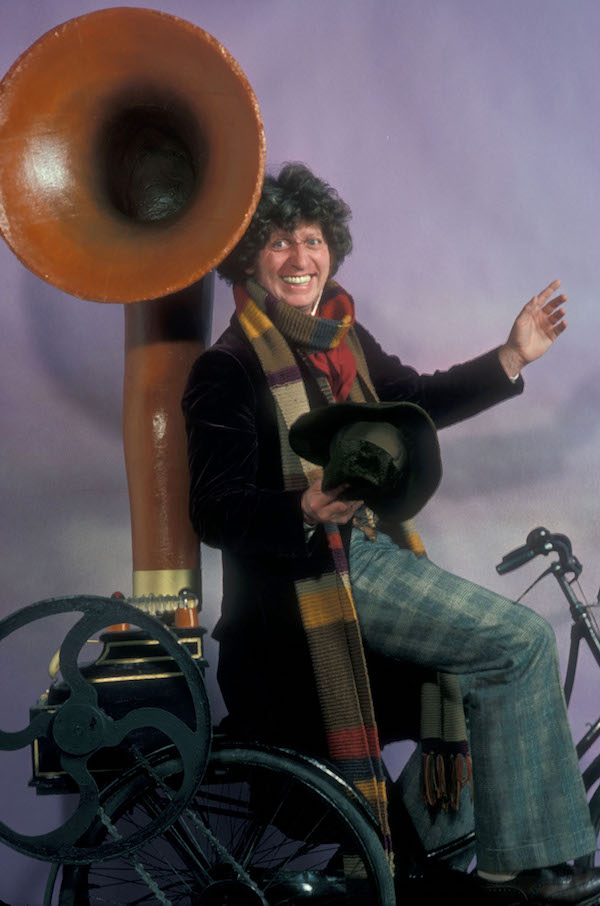 Tom on a bike, with a horn

ON JOHN NATHAN-TURNER (producer 1980-89)
“I didn’t like John Nathan-Turner either – until we finished, then we became very, very warm friends. He made me several [job] offers. When he finished at the BBC, he was running pantomimes for a while, and he would direct them – he was tremendously energetic – so he used to offer me panto. I always said no. But he was fond of me, I think. I was with him very near his death."

ON PETER CAPALDI (The Twelfth Doctor)
“Well, I don’t watch television, but I’ve seen bits. He’s wonderful, isn’t he? He’s got that bunched-up, knotted energy. He’s manic. In other words, it’s the heroic side of Malcolm Tucker [the aggressive and profane spin doctor that Capaldi played in BBC comedy The Thick of It]. It’s someone on the boil.

He sent me the most enchanting email for my last birthday. He said how he has such warm memories of watching me as a young man.” 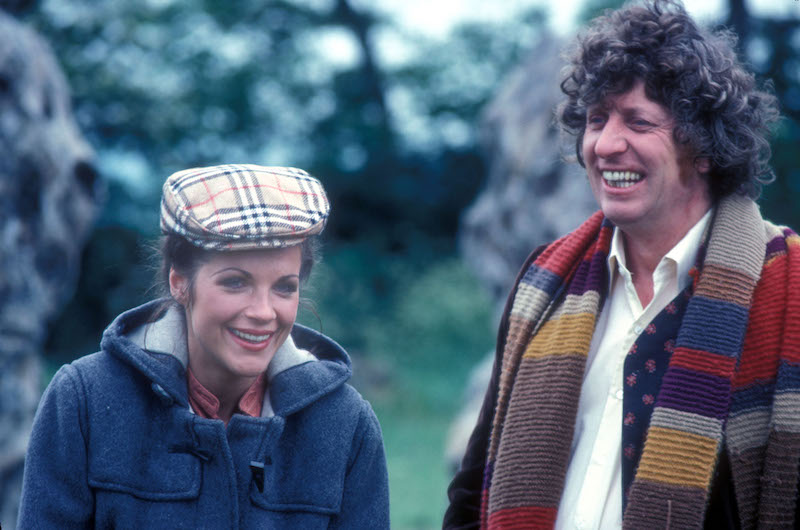 Tom shares a laugh with Mary Tamm on location filming for The Stones of Blood.

ON THE EU REFERENDUM
“I’m old, so it’s not my problem. I’m amazed, actually, that they allow old people a vote. It should be for the future generations to decide. I no longer care.”

Tom also chats about his troubles with Rowan Atkinson on classic UK sitcom Blackadder, his appreciation for UK stand-up comedian Stewart Lee, working with former companions Lalla Ward and Mary Tamm, and much, much more.

This is an interview you CANNOT miss! 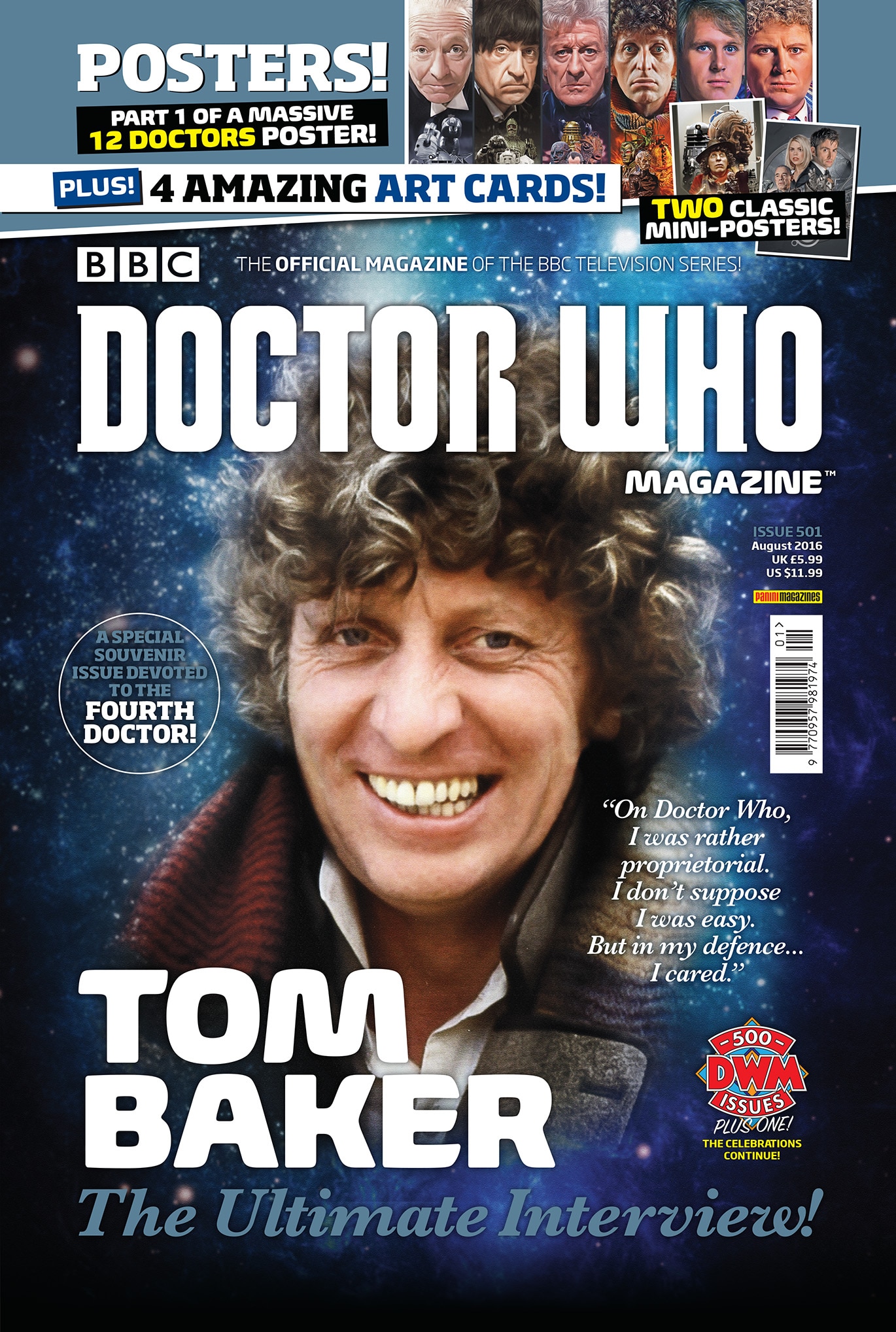 Get 50% OFF a year’s DWM subscription here.