Next year sees the publication of Doctor Who And The Krikkitmen, a long-lost story featuring the Fourth Doctor and Romana from the iconic writer Douglas Adams.

Doctor Who And The Krikkitmen is a novel based on a recently discovered treatment and extensive notes found in the Douglas Adams archive in Cambridge. The novelisation comes from Doctor Who author, James Goss (City of Death, The Pirate Planet).

A truly ‘lost’ adventure and with legendary status among fans, this is a work by The Hitchhiker’s Guide to the Galaxy author that no-one has ever read...

Doctor Who And The Krikkitmen

Intergalactic war? That’s just not cricket ... or is it?

The Doctor promised Romana the end of the universe, so she’s less than impressed when what she gets is a cricket match. But play is soon interrupted by eleven figures in white uniforms and peaked skull helmets, wielding bat-shaped weapons that fire lethal bolts of light into the screaming crowd.

Millions of years ago, the people of Krikkit learned they were not alone in the universe, and promptly launched a xenophobic crusade to wipe out all other life-forms. After a long and bloody conflict, the Time Lords imprisoned Krikkit within an envelope of Slow Time, a prison that could only be opened with the Wicket Gate key, a device that resembles – to human eyes, at least – an oversized set of cricket stumps...

From Earth to Gallifrey, from Bethselamin to Devalin, from Krikkit to Mareeve II to the far edge of infinity, the Doctor and Romana are tugged into a pan-galactic conga with fate as they rush to stop the Krikkitmen gaining all five pieces of the key. If they fail, the entire cosmos faces a fiery retribution that will leave nothing but ashes... 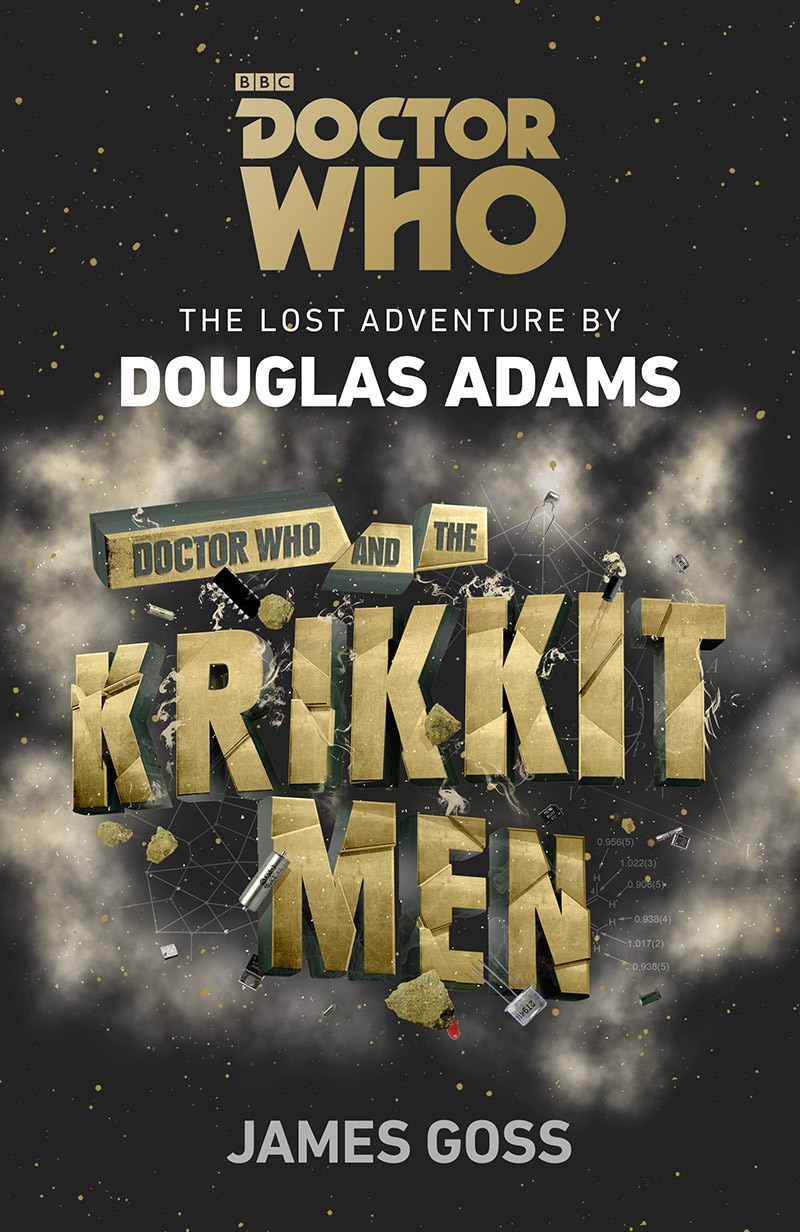 Douglas Adams is best known as the creator of The Hitchhiker’s Guide to the Galaxy, which started life as a BBC Radio 4 series. The book went on to be a No. 1 bestseller. He followed this success with The Restaurant at the End of the Universe (1980); Life, The Universe and Everything (1982); So Long and Thanks for all the Fish (1984); Mostly Harmless (1992) and many more. He sold over 15 million books in the UK, the US and Australia. Douglas died unexpectedly in May 2001 at the age of 49.

James Goss is the author of the novelisation of Douglas Adams’ City of Death and The Pirate Planet, as well as several other Doctor Who books. While at the BBC, James produced an adaptation of Shada, an unfinished Douglas Adams Doctor Who story, and Dirk is his award-winning stage adaptation of Adams' Dirk Gently’s Holistic Detective Agency. He won Best Audiobook 2010 for Doctor Who: Dead Air, featuring the Tenth Doctor.

Doctor Who And The Krikkitmen is available from January 18, 2018 – pre-order here.