As always, Big Finish have some big stories for Whovians and in July you can find 'classic' Doctors Four, Five, Six and Eight battle monsters aliens from the modern era of Doctor Who, such as the Vashta Nerada, Racnoss, and Carrionites. 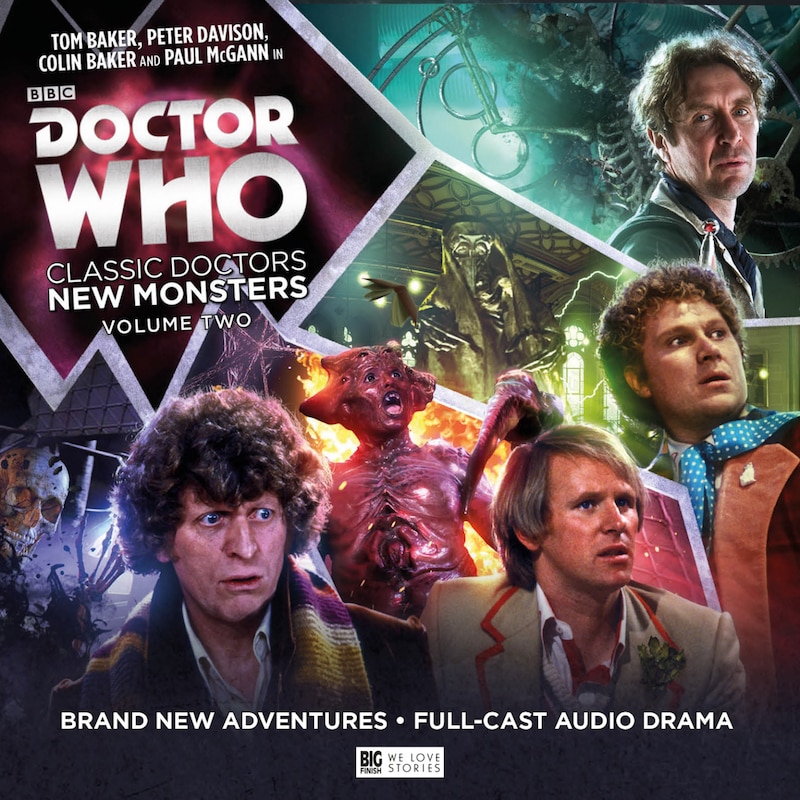 A brand new boxset of four adventures, featuring monsters from the new series of Doctor Who!

Night of the Vashta Nerada
Funworld was set to be the happiest planet in the galaxy. A planet of joy, of euphoria, of laughter and delight. Except construction was marred by reports of a predator and then, a few days before opening, all communication ceased. Owner Georgia Donnelly is desperate to open the resort and has hired Amanda Steele's crew to find out what happened on the planet. They're the best. But even they might not be up to the task. Joined by the Fourth Doctor and being picked of one by one, they slowly start to realise that something terrifying lurks in the shadows.

Empire of the Racnoss
When a distress call rips the TARDIS from the Vortex, dragging it back through time, it arrives in the midst of a conflict between Gallifrey and an ancient foe. The Fifth Doctor, as ever, wants to help, but in returning a wounded combatant home, he becomes further and further entangled in a web of deceit and recrimination. A web spun by an eight-legged Empress and her minions... The Empire of the Racnoss is at war, and wherever he stands, the Doctor is on the wrong side.

The Carrionite Curse
Katy Bell returns to her Midlands home to fnd strange goings-on at the buskers fair. A witch trial in the 1980s. A bonfire ready to be lit... Luckily, a colourful visitor is already investigating, and the local vicar, Katy's dad, is versed in tales of the macabre. Terrifying forces are on the loose, and the town hall holds a secret. There is black magic in the Black Country, and the Sixth Doctor has the name of his enemy on the tip of his tongue... Something wicked this way comes.

Day of the Vashta Nerada
As the Time War rages, Cardinal Ollistra of Gallifrey seeks to create ever more dangerous weapons to deploy against the enemy. When the Eighth Doctor stumbles across Synthesis Station, he discovers that the Time Lords have sponsored a project to weaponise already-lethal creatures. But in doing so, Eva Morrison and her team have unwittingly used a colony of Vashta Nerada with a very unfortunate history of humanoid contact. The Doctor finds himself leading a desperate race for survival, in which the shadows may be the least of their worries... 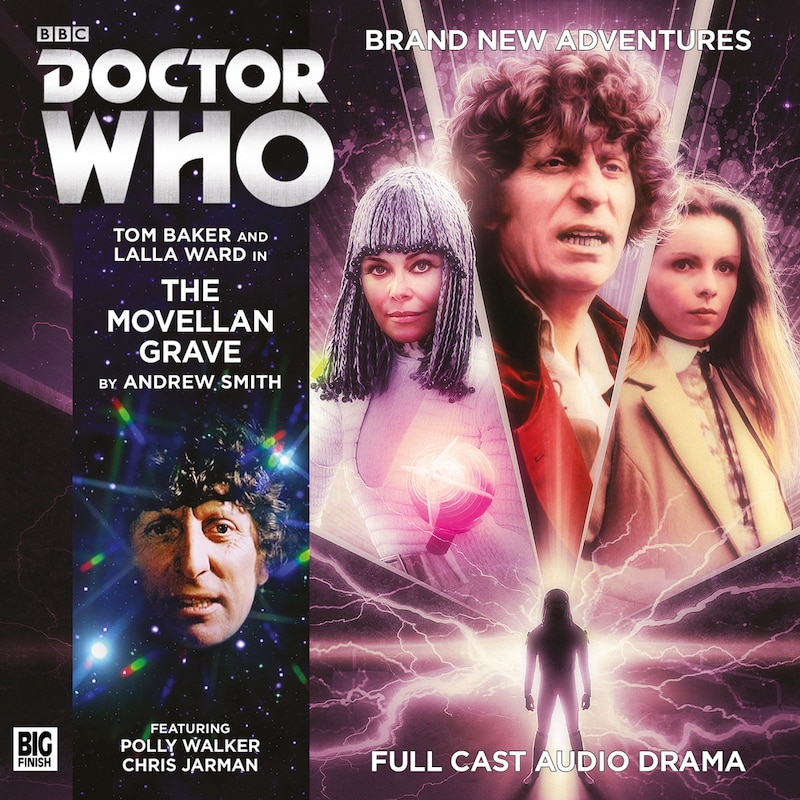 When an archaeological dig in 1980s England finds a Movellan power pack buried amongst Iron Age artefacts, the Doctor and Romana have no choice but to investigate. And what they discover worries them very much indeed.

A Movellan ship is buried under the ground. Soon the robotic enemies of the Daleks are making their way to the surface, but they are not the biggest threat humanity faces.

Because on board this ship is the greatest weapon the Movellans have ever devised. A weapon that could stop the Daleks forever... and anything else that gets in their way.

The Movellan Grave is a 1 CD set starring: Tom Baker (The Doctor), Lalla Ward (Romana), and many more. This title goes on general release from Aug 31, 2017. 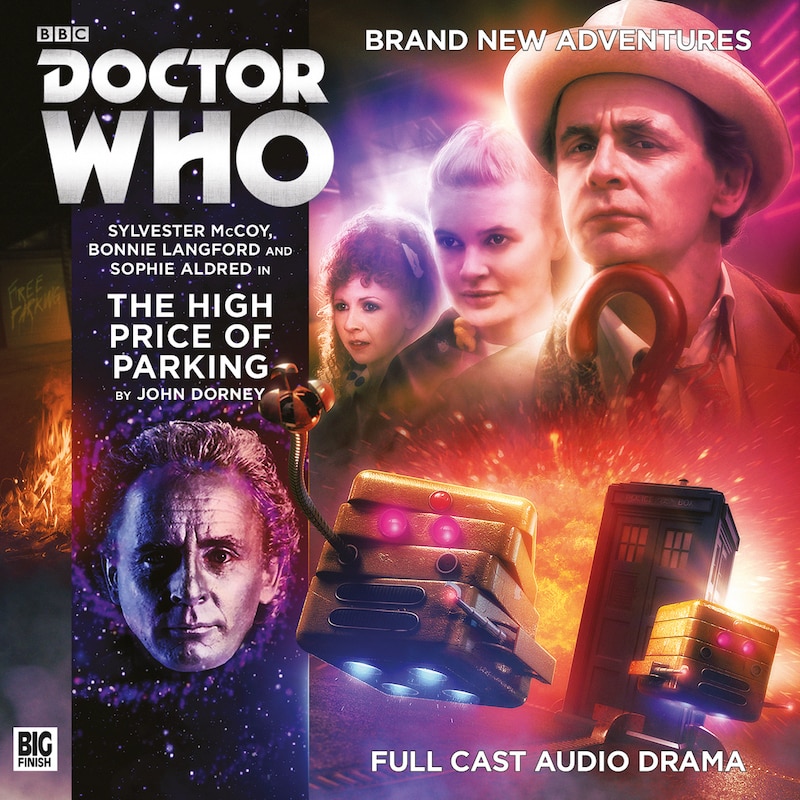 THE HIGH PRICE OF PARKING

When the TARDIS materialises in Parking’s Northern Hemisphere, the Doctor, Ace and Mel envisage a quick shuttle trip to the surface of Dashrah. But they’ve reckoned without the superzealous Wardens, and their robotic servitors... the sect of the Free Parkers, who wage war against the Wardens... the spontaneously combusting spaceships... and the terrifying secret that lies at the lowest of Parking’s lower levels.

The High Price Of Parking is a 2 CD set starring: Sylvester McCoy (The Doctor), Sophie Aldred (Ace), Bonnie Langford (Mel Bush), and many more. This title goes on general release from Aug 31, 2017. 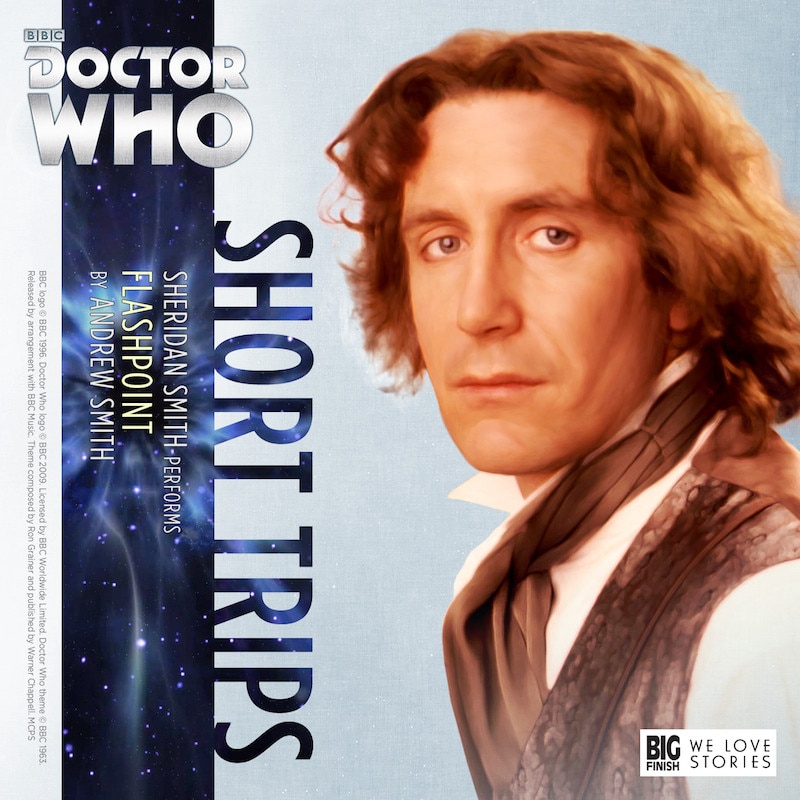 Cerberin: the famous storm world. Seen from space, it’s a spectacle of light and colour that draws tourists in their thousands.

Escaping an attack by gangster assassins, and separated from the Doctor, Lucie Miller finds herself stranded on the surface. The killers are in pursuit, she has a child to protect, and lightning is striking all around.

Then a shape approaches through the storm, moving with heavy footsteps...

Short Trips – Flashpoint is narrated by Sheridan Smith and will only be published as a digital download exclusively on the Big Finish website. 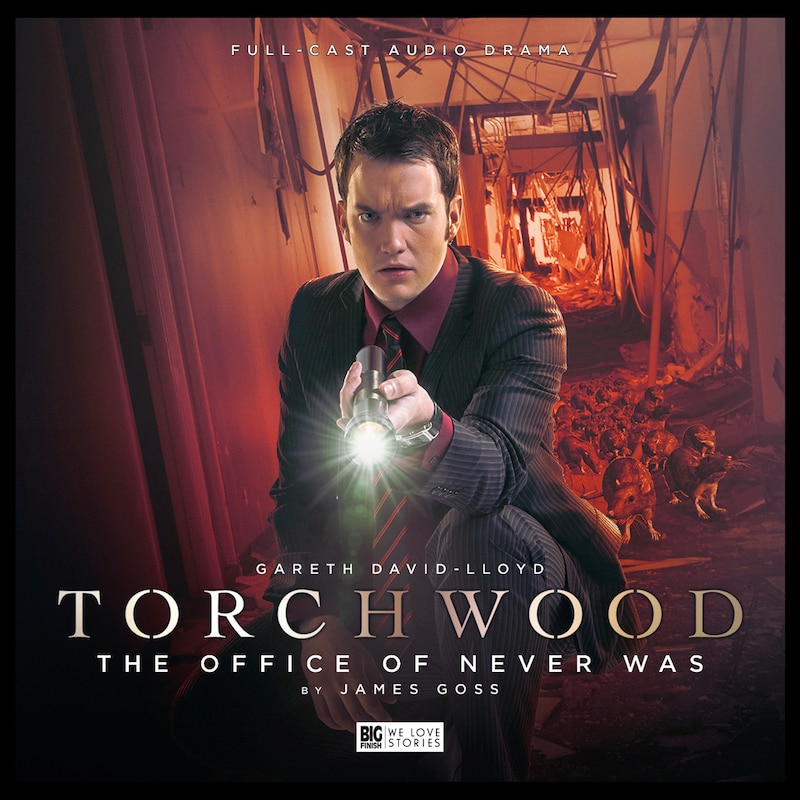 TORCHWOOD - THE OFFICE OF NEVER WAS

There’s an empty office block in Cardiff. That’s nothing special – plenty of businesses go under, clear out, cease to exist. All that’s left behind is an empty building. But there’s one office block that refuses to be forgotten about.

There have been stories about that building - strange lights, funny goings on, faces pressed up against the glass. Enough to get the locals worried. Enough to ask Torchwood to get involved.

It’s Friday night. Ianto Jones has better things to do with his time than look round a haunted building. But he goes anyway, and it turns out that The Office has been waiting for him.

The Office Of Never Was is a 1 CD set starring: Gareth David-Lloyd (Ianto Jones), and many more. This title goes on general release from Sept 30, 2017.