The latest issues of the Doctor Who Figurine Collection feature two iconic aliens from the Tenth and Twelfth Doctor eras.

Check out the details and images below on Issues 103 and 104.

Named, rather unusually, after the star from where the ambassador originated, Alpha Centauri was one of a number of delegates examining Peladon’s request to join the Galactic Federation. But was someone in their number a spy and sabotaging the talks?

Alpha Centauri also recently made a surprise cameo in the Twelfth Doctor adventure, Empress of Mars. 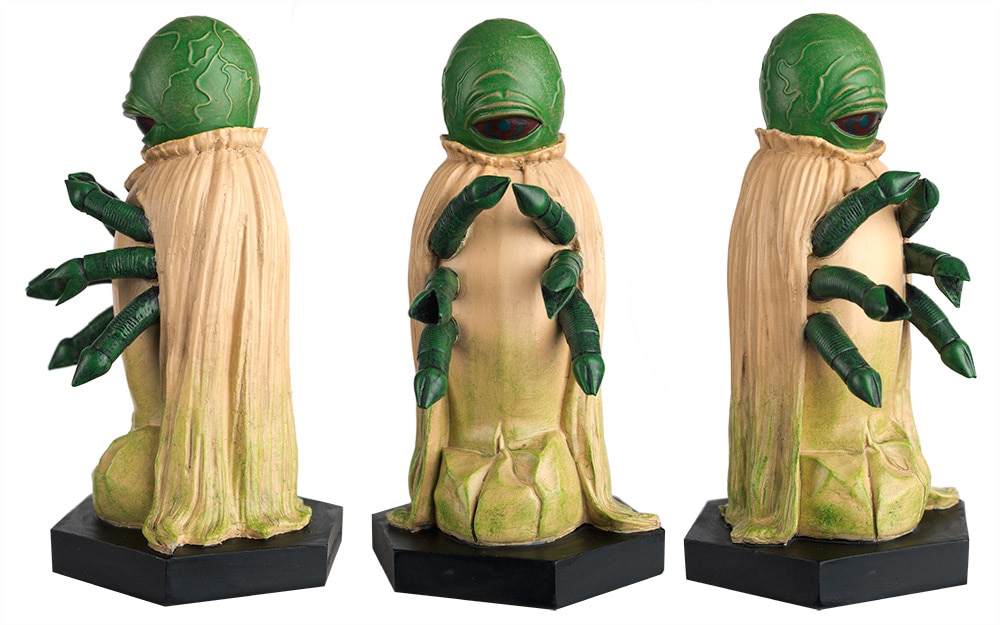 The last surviving member of the Cult of Skaro broke through into the Time War to rescue the Daleks’ creator, Davros. Dalek Caan’s plan was to save the Daleks but something broke inside that bubbling lump of hate: he realised the truth of the Daleks and decreed, “No more!”